Does a quarry keep chunks loaded after it has finished?

After a quarry has finished its dig (reached bedrock or lava), will the chunks be unloaded or will they remain loaded until the quarry block is removed?

Yes, a quarry will keep chunks within its area of operation loaded before and after doing its thing. They will only be unloaded when the Quarry block is removed.

To test this, I simply set up a system that pumps items out of an Ender Chest (from the Ender Storage mod) into a regular chest near a quarry that had reached bedrock. 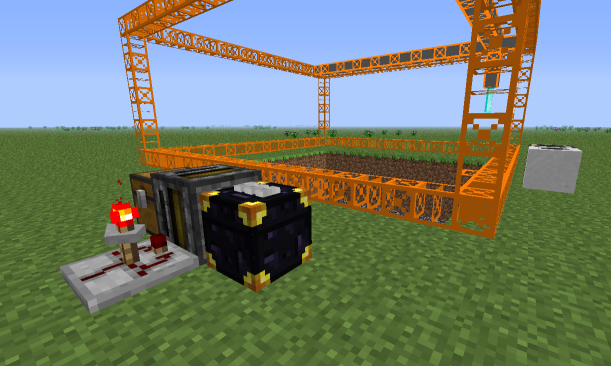 Then, I went to the Nether, restarted the server for good measure, and put items into the corresponding Ender Pouch. They started disappearing, which means that the chunks in the overworld were still loaded.

Yes a quarry will always keep chunks loaded where ever you are in the overworld. The quarry will also stay loaded if you are not on minecraft only if you are on a server that is constantly running.

Which version of buildcraft are you using?

In my version, that's in thekkit 3.1.2 (that's based on minecraft 1.2.5) a quarry does not keep any chunks loaded. You have to place world anchors to keep it working even if you're away (or offline).

3
How many chunks do I need to keep loaded to keep quarries working in Buildcraft?
8
What happens to items in pipes when a chunk is unloaded?
3
Will the quarry itself keep its chunk loaded?
6
What happens when a quarry mines a chest?
4
Keeping chunks loaded in minecraft
1
Does forceloading chunks put a lot of stress on the server
3
Keep the Nether loaded