What is this purple eridium totem?

While playing through Sir Hammerlock's Big Game Hunt (DLC3), I stumbled upon two of these weird looking purple shrines that take large amounts of eridium. What do they do? Do you have to activate all of them to work or what? 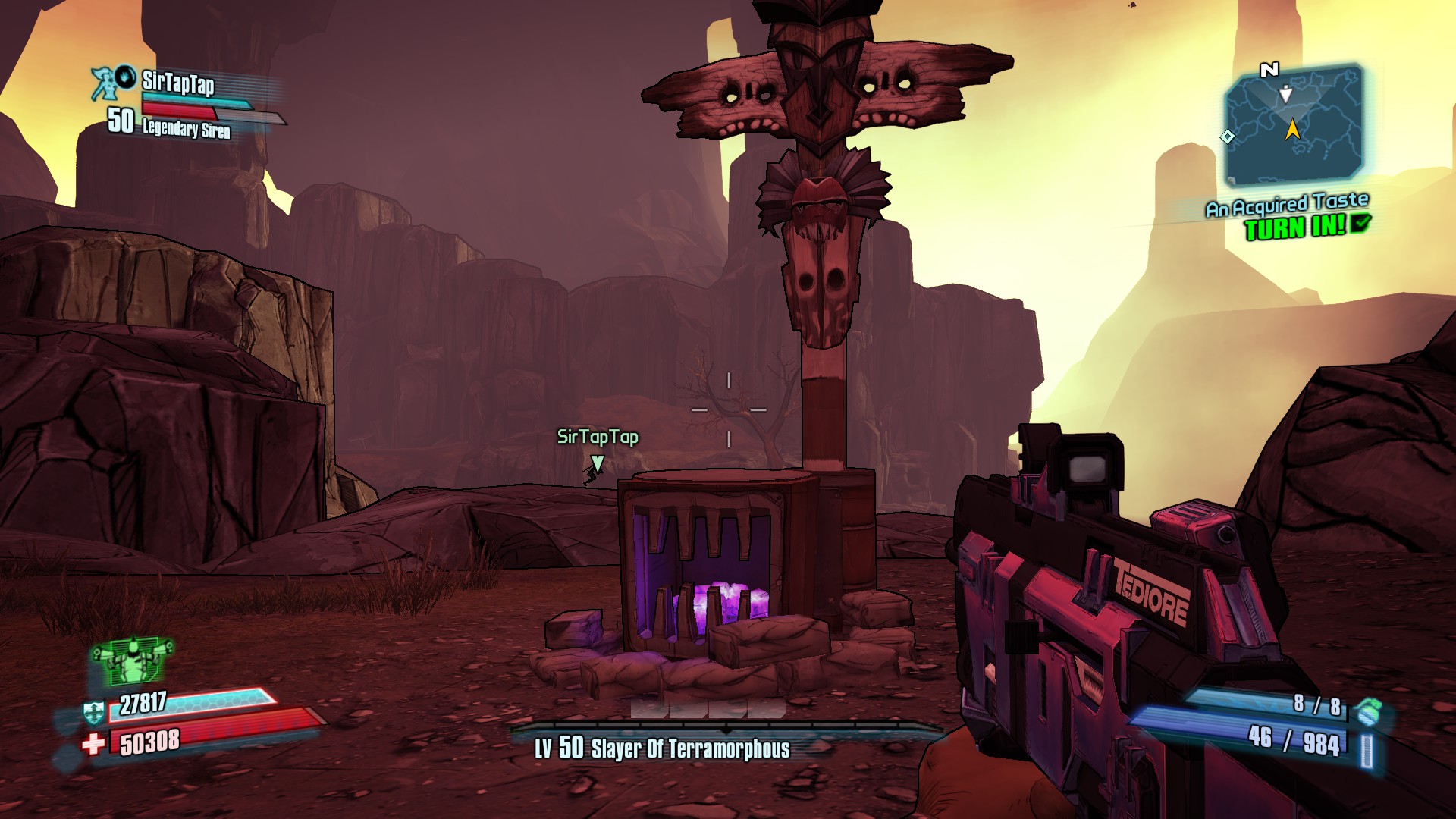 The Eridium totems/furnaces/ovens are used to spawn Dexiduous the Invincible the hidden raid boss of Sir Hammerlock's DLC.

Once all totems have been activated, the final step is to throw the lever located just west of the lodge. The lever requires no additional cost to activate, and once pulled, will begin to spawn waves of increasingly difficult savages. The final wave consists of two Super Badass Witch Doctors and several Badass Savages, and once they are killed, Dexiduous the Invincible will rise from the lake south of the switch.

So it sounds like it costs just under 100 Eridium to activate them all (though if you have party members you can split the cost). It seems the "active" state of the ovens spans across play sessions too, if you save and quit the same totems are active/inactive (I think I noticed this, can anyone confirm?).

Once all four are activated a switch can be pulled to spawn several waves of savages to fight, then, after killing them, you'll spawn Dexiduous the Invincible. I'm thinking you'll be able to try to kill him as many times as you want until you either kill him or end the play session, unlike Hyperious and Master Gee, but I haven't tried yet.

6
Where are all the purple eridium totems?

20
Where can I find more Eridium?
6
Where can I spend Eridium?
34
Do I get paid to kill myself in Eridium Blight?
6
Where are all the purple eridium totems?
9
What do I do with Eridium after maxing out my SDUs?
2
How do I see how much Eridium I have?
11
What are the different kinds of shrines and how do they work?
2
What kills count towards "To Pay the Bills" for Maya?