What are the rules about playing words which are inside already-played words?

What are the rules about playing words which are inside already-played words? In the image below, a player couldn't play "Cabbage", because "Cabbages" which was already played.

But then why was "Campers" allowed after "Scampers"? 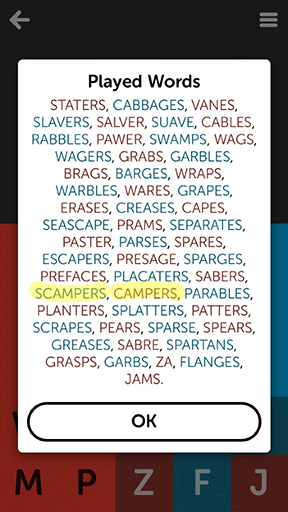 Word matches are based on matching first letters:

Not the answer you're looking for? Browse other questions tagged ios letterpress .