What are these codes on game covers?

I'm organizing a large number of console video games and I was wondering what these codes on game covers stand for and what is the purpose to have them? 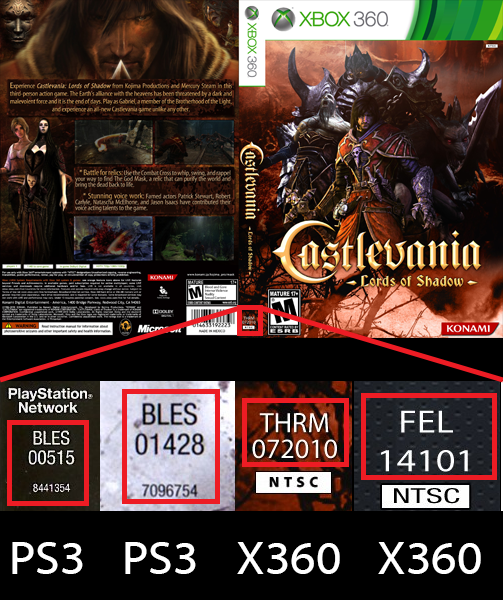 In essence, those are unique IDs for each game - at least the PS3 ones. I can't currently find any sources about the X360 ones.

Various communities, single users and random sites try to collect these (I couldn't find an actual comprehensive list, though).

One in particular also largely explains the naming scheme:

So, a BCES is a first-party game released to the European market.

It's a unique ID for each released retail version of a game.

And, as pointed out in the comments, it is mostly referred to as a "title ID". "catalogue number" or similar. On consoles, these are usually used to identify game data on the hard disk (savegames and the such).

6
Xbox Redeem Codes Recycled?
4
If I shut down my console from in-game, will games saved to Cloud Storage be uploaded?
9
If I buy a game on Xbox digitally, can other users play that game?
6
What do Error Status Report codes mean on the Xbox 360?
6
How can find out how much memory a game or DLC will require?
1
Can I move my downloaded games from my Xbox 360 to Xbox One?
1
What is the purpose of fanatec wheelbase and is it essential?
1
If I buy a game on Xbox, can other users on the same console play this game?