On the main map, what's the difference between small and big blue points?

I understand that these blue points represent locations with checkpoints. But what's the difference between the little (1) and the big ones (2) ?

What happens if I enter a new place with a checkpoint without discovering it ? It won't show on the map (the socket would remain empty) ? 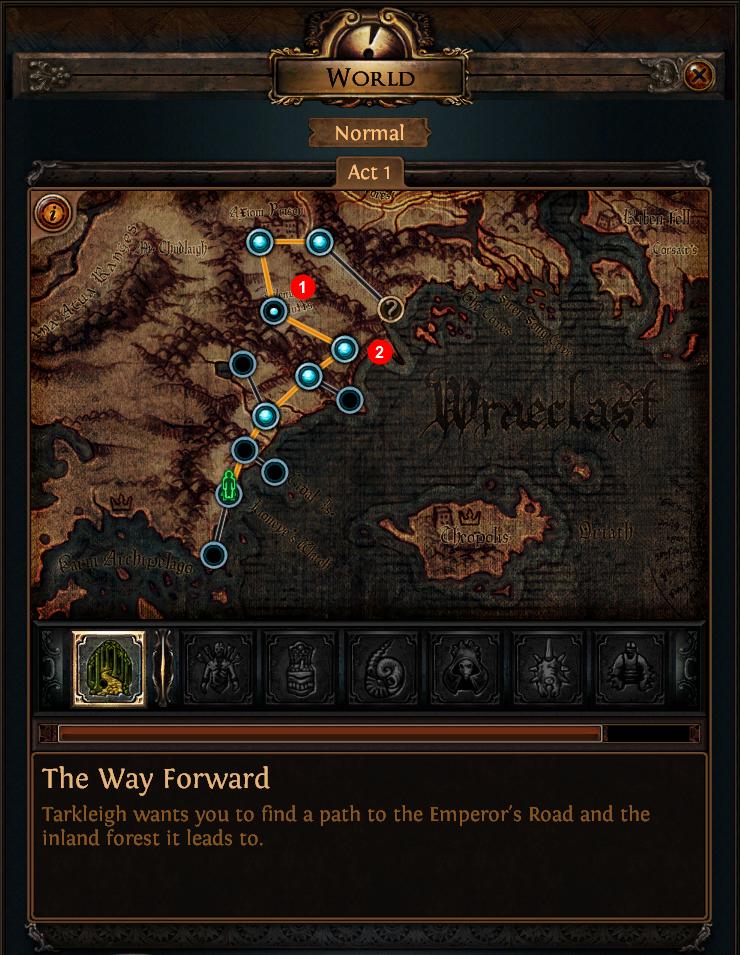 The small blue dot (at position 1 on your screenshot) indicates that location on the map has a waypoint that you have not activated. As per your second question, entering a region that does have a waypoint without activating it will result in a small blue dot.

The large blue dot (at position 2 on your screenshot) indicates that the location has a waypoint that you have activated.

Whether or not an area has a waypoint will not become apparent until you have entered an area (before entering the area, it will show as an empty dot, as per the other areas on your map). As long as you've discovered the area you will be able to simply use the world map to see if there was/is a waypoint there.

Additionally, the name of the are has an icon next to it if there is a waypoint at that location: 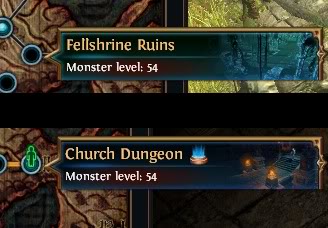 Not the answer you're looking for? Browse other questions tagged path-of-exile .