How does Difficulty scale damage in Torchlight 2

I made an an engineer with 2:1 VIT to STR, max bulwark and aegis shield, I find that at level 60 he is dying from 1 hit champions, boss attacks a little too often. Also regular mobs are hitting him pretty hard. He is a summoner with many of the +X% to minion damage. This is on Veteran difficulty. I would change to normal, but his minions clearing mobs so fast, they basically die within 1-3 seconds of appearing on the screen. He just walks from room to room basically. My problem is that I do not want to play where I can die from 1 hit, especially with that much defense, yet I cannot set any lower as the game is already easy enough in terms of killing.

I am thinking about making a new char altogether as I do not see this build as viable anymore for me. As for a new character, at which difficulty level would 1 hit kills not be an issue, yet the game still challenging enough? Perhaps better yet, does anyone know what changing the difficulty actually does in terms of scaling (ie: is a simple multiplication factor applied to all monsters damage?)

For the sake of the above example, defense stats: The char also has max healing bot for his level, which is 12). 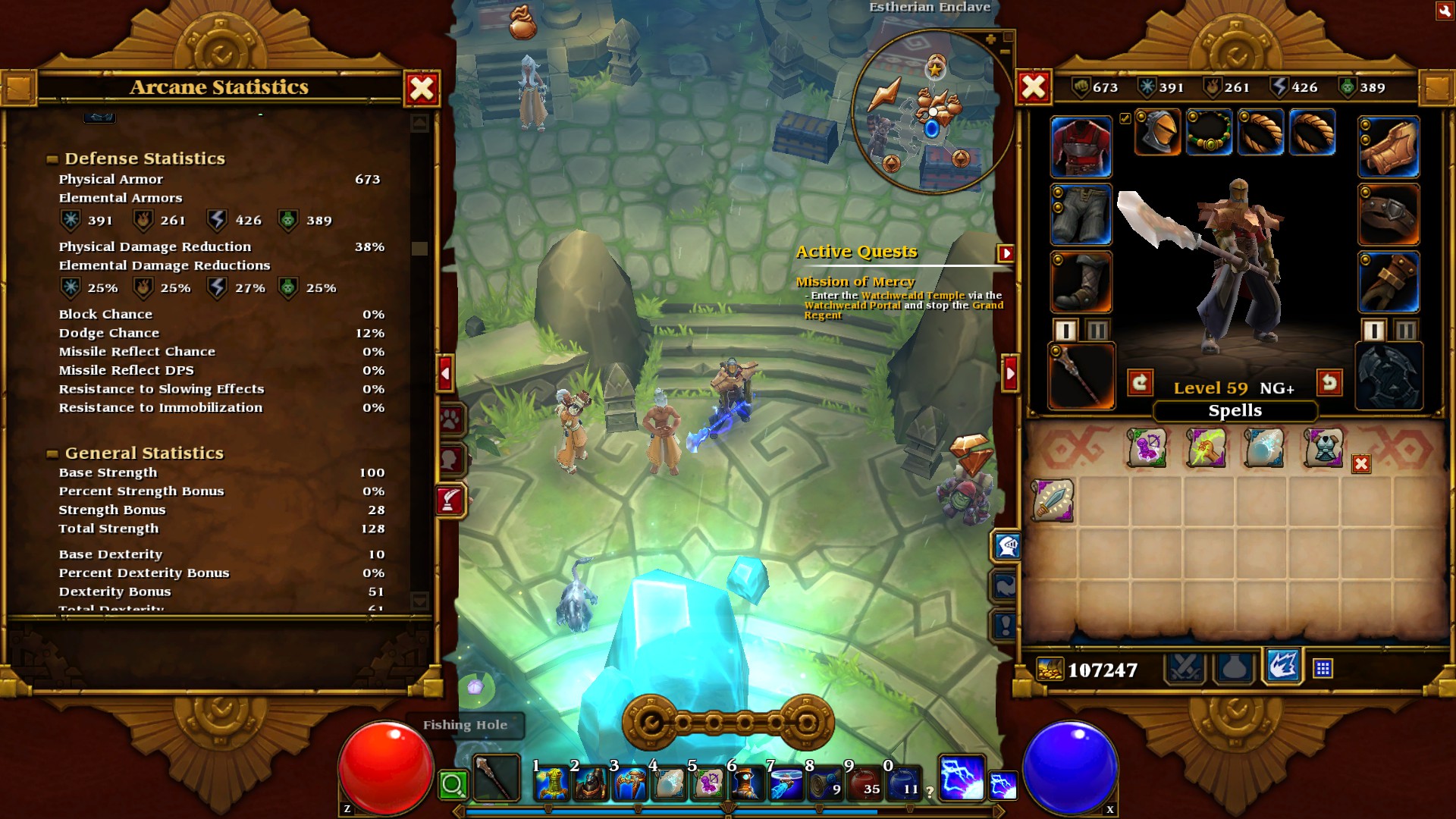 You said that you use pets for all your damage and are trying to build up your defensive capability. Have you tried shields? I know one-handed weapons tend not to have as much DPS, but you've said damage is a non-issue atm. Given that you have a high strength score, you would also have a pretty good block chance as well. When you successfully block with a shield, you take 0 damage from the attack (just like dodging.) Getting the right shield should boost your block chance by at least 10%, and give you physical armor passively to boot. This may or may not help you with your 1-hit problem, but if you have a 50% chance to block it should give you at least another half a hit before you go down.