How Powerful is Magic?

In Fable I ran a strength character with the Cleaver being my weapon of choice:

In Fable II I had great fun with Dextrous styles and a clockwork rifle. Head shots for days: 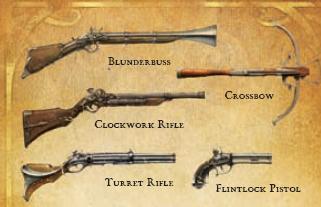 So Fable III comes a long and I think to myself: time to give will a try! No mana bar means I can spam will to my hearts delight. Only one problem: I don't know how much damage I'm doing.

Every spell can be charged. Based on the charge level it does more damage.

Every spell can be upgraded. Based on the upgrade level it does more damage.

But how much? I need maths

I'm not exactly sure of the math behind the "magic" attacks, but I do know they are quite powerful. Magic is extremely useful with very large groups of enemies, as you can knock them all back with one blow. Holding the magic button for only a short period of time will do almost no damage, but it gives you time to re-attack anyway you like.

Many areas in the game have the enemies attacking from a short distance away, but at a distance none the less. Use this to your advantage, as you will be able to charge your magic attacks for quite a bit of time before they are in attack range. A fully charged magic attack can kill quite a few enemies around you, if not all of them with one single blow.

This is countered by some groups having ranged weapons like rifles which will sometimes interrupt your charge.

To answer your question: Magic is very useful in Fable III, but it wouldn't benefit you to only use magic the entire time.

Ivo Flipse is correct in saying that you cannot "die" in Fable III. So if you want to only use magic, you will still be able to complete the game. You might get some scars on your character, but no one really cares about that.

Not the answer you're looking for? Browse other questions tagged fable-3 or ask your own question.

0
How do I open the gates on the Road to Rule?
8
How do Fable 3 business partnerships work?
4
How do I find my Keys?
4
How do I know how many flowers I have?
3
Fable III: How do you know if a rental property's decor is at it's best?
77
How can I find lesbians?
0
How and when do my Hero Weapons evolve?
0
How do i gain access to the Auroran Mines?