Ask Question
Asked 8 years, 8 months ago
Active 8 years, 5 months ago
Viewed 3k times
7
This question already has answers here:
How do I create a very long delay with Redstone? (9 answers)
Closed 3 years ago.

I have recently found that my MC world does not auto-save (Don't answer on how to do that), so I have to /save-all every 5 minutes or so.

However, I have created a timer hooked up to a /save-all command block. Note that all repeaters are set to max delay. 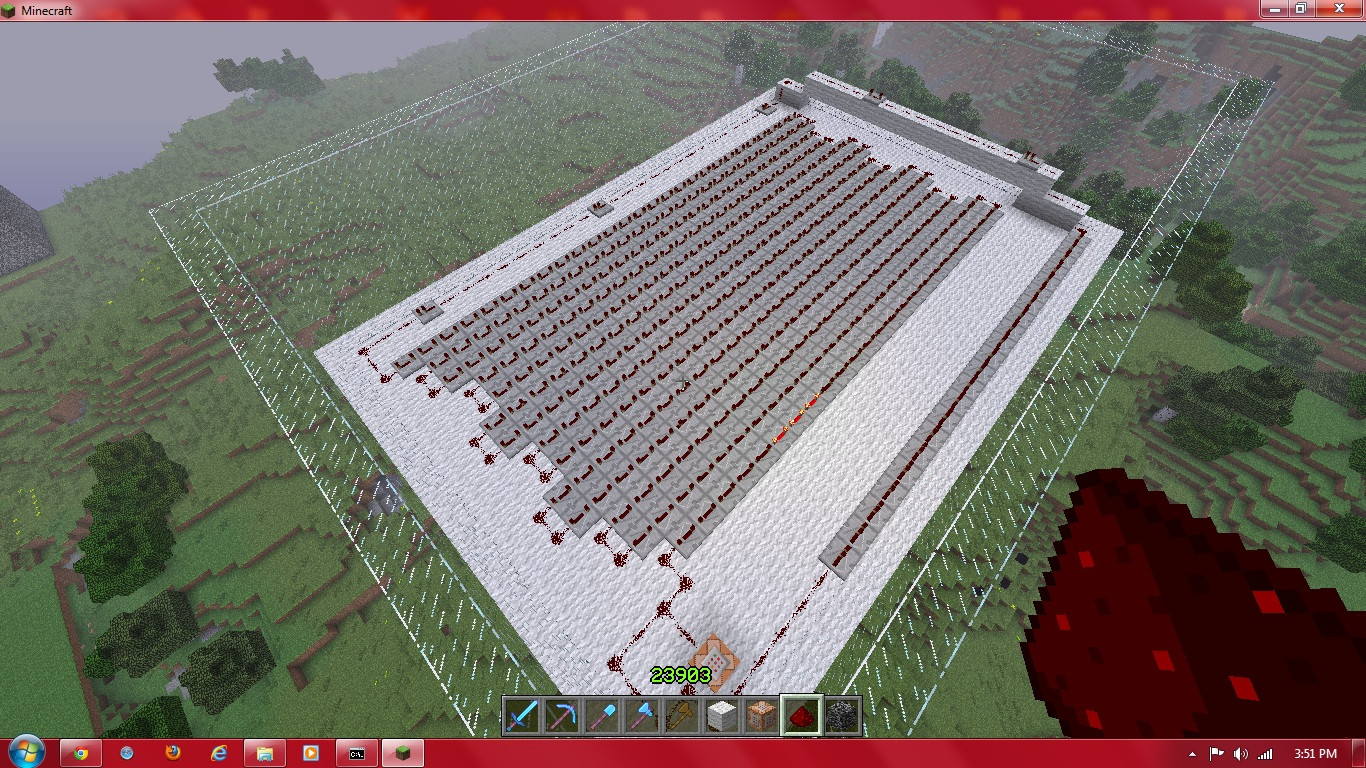 Basically, what happens is, there is a redstone signal passing through the repeaters. When it reaches the end, it hits out a command block and loops around back to the starting which goes through the timer again.

Is there a much efficient design to the timer or any part of the structure?
Is there also a way to increase the time without changing a major part of it?

Please don't suggest any latchology as I am terrible at it.

You can vastly improve the performance of your times using MATHS.

You can see the principle outlined in another answer (this answer deals with redpower timers, but the principle is the same, you just need to do it with your vanilla timers instead). All you need to do is set up multiple timers, like the one you have there, but with coprime numbers of ticks (No common denominators).

AND the outputs of these timers and you can multiply the time your timers take very effectively.

Etho, SethBling, and MinecraftAddict have all demoed long period clocks using hoppers and comparators that were added in 1.5.

I'll explain Etho's design since it's fairly simple. Set up an RS-NOR latch using the new block of redstone: put down two pistons facing each other with a two block space in between, and then plop down a redstone block. Cap off the ends with just some redstone dust. These are the inputs for the latch.

One one side of the RS-NOR latch, put down two hoppers feeding into each other. Then place comparators coming out of the hoppers next to the pistons, and have them power a block.

When the hopper has items, it'll power the block, powering the redstone dust, powering the piston. When first starting, you'll put items into one hopper (H1), and the other will be empty (H2). Since H1 has items, its piston is powered, pushing the redstone block next to H2. H2 is now powered, so it can't empty its items into H1. H1 empties all of its items, causing its piston to become unpowered. The H2 piston extends, causing H2 to become unpowered and H1 to be powered. Items now flow back to H1.

In all, the clock is 6wx2dx1h, plus outputs. Much smaller and less expensive (although expense doesn't matter in creative) than your current setup.

There's also some details about this type of clock on the Minecraft Wiki.

there's an incredibly simple 5 minute timer. (If 5 minute is the real requirement.)

5 minutes is the time it takes for a dropped item to decay.

So, this timer below very nicely and exceptionally reliably. It does require "feeding" (note the hopper in the foreground...) but you could easily attach it to a item generator (sugar cane farm works nicely). 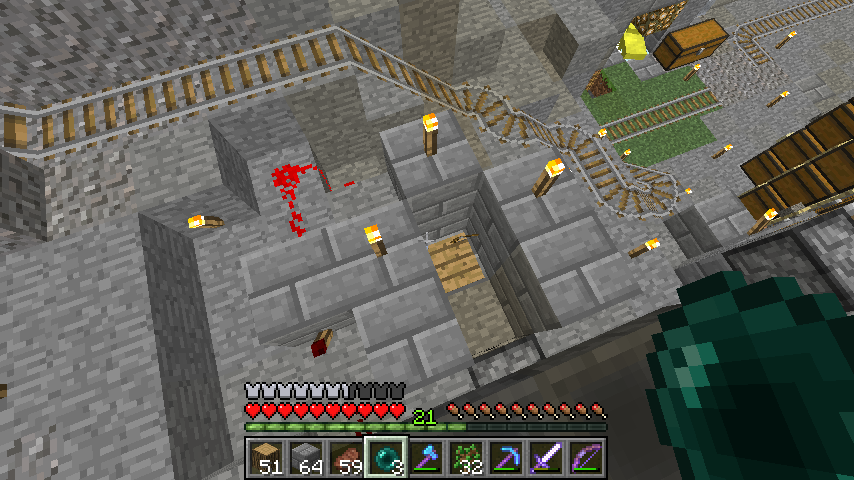 What you need to do is copy this design exactly except:

_ = The line from the clocks

This is the system:

That should be good.

Not the answer you're looking for? Browse other questions tagged minecraft-java-edition minecraft-redstone minecraft-bukkit or ask your own question.

34
How do I create a very long delay with Redstone?
1
How do I make a 1 minute delay circuit?
8
How can I set up a 12 hour timer?
7
Redstone clock leaks current
2
Minute Long Redstone Delay

1
Redstone repeater delay if activated
2
How can I make a short timer using only command blocks?
0
Minecraft Redstone delay that only works if active for 5 seconds but turns off when not active
1
Do Structure Blocks in Minecraft Save Permanently?
0
How many command blocks can you power with a single redstone block?
5
Unlock a redstone repeater after a period of time