Can I manage a farm?

I'm trying to hook a manager up to my farm. As far as I can tell, it isn't working though. 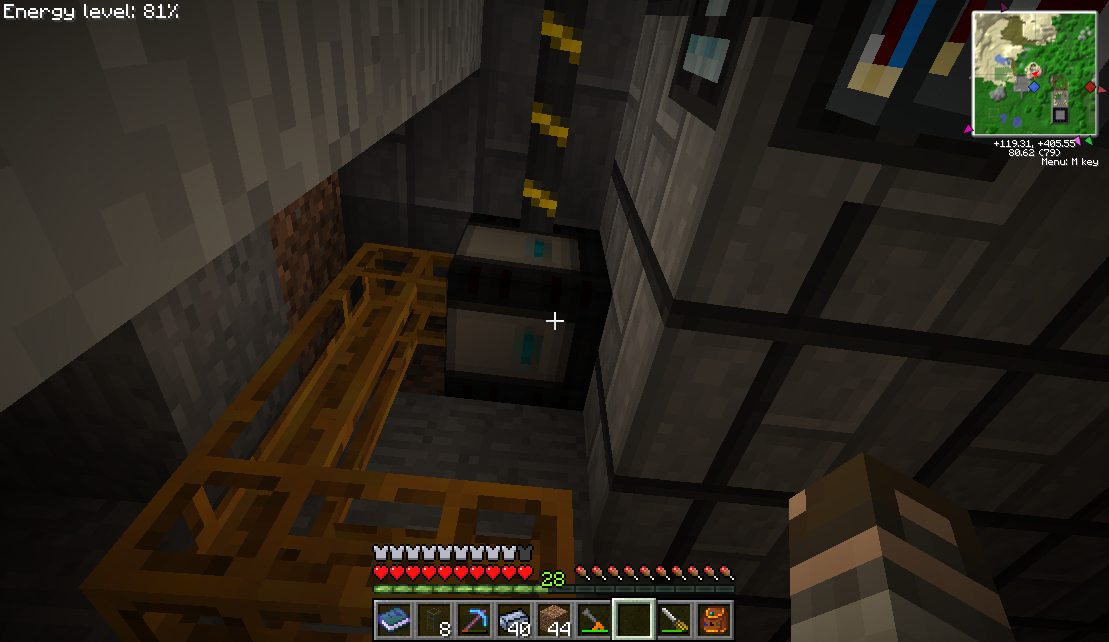 And here's its inventory: 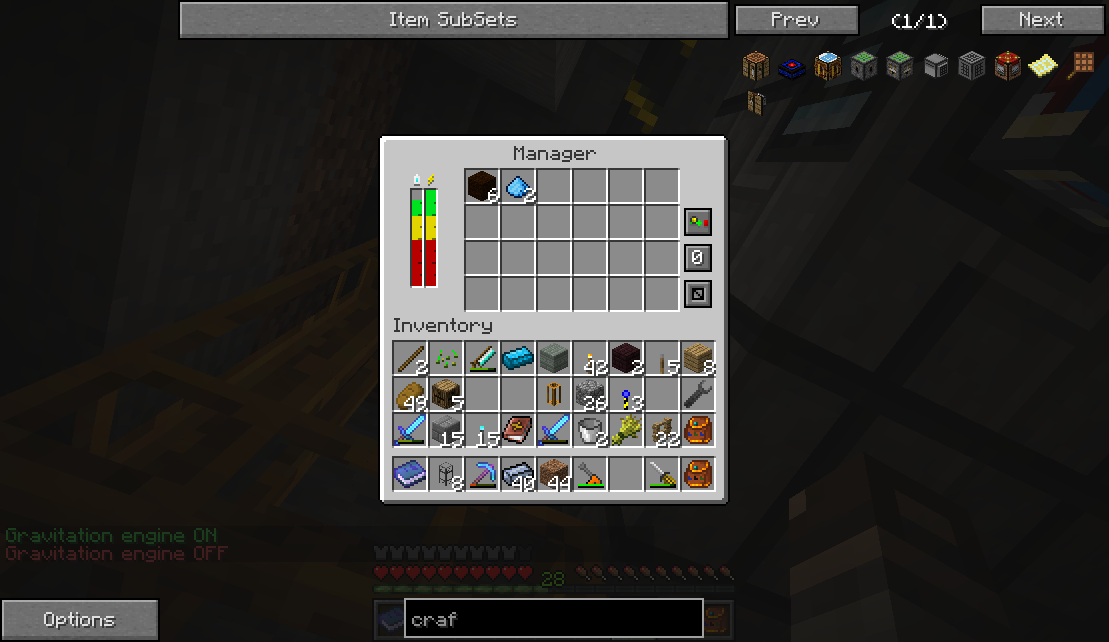 It is connected to an input farm block.

The tubes are connected to some barrels: 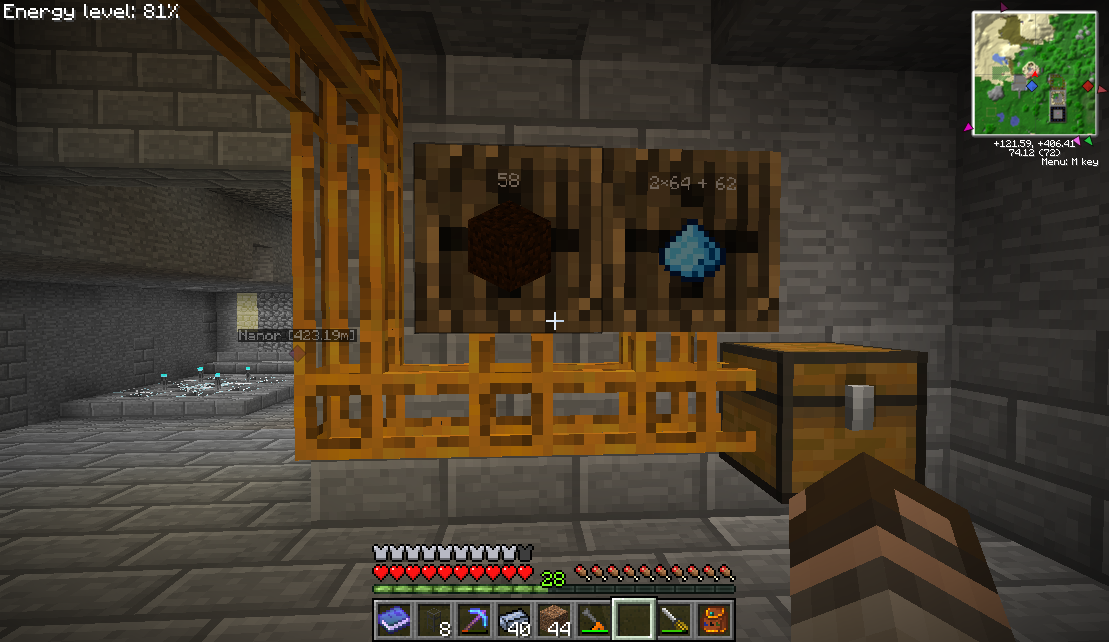 Currently, the farm contains no Humus. Why isn't the manager putting humus into the farm?

Sadly, no. The Hatch block is an interface to an internal machine state that is incompatible with Managers. A Manager must have an inventory in the vanilla Minecraft sense: a storage space that can both have things added and removed. A Forestry GUI slot (and Buildcraft GUI slots in general) are implemented in such a way that they're merely visual interfaces to a non-inventory (in the Minecraft sense) storage space.

One way you can see the difference is that you cannot use BC wooden pipes to pump items out of an input Multifarm Hatch. If it were merely a block interface to the top-right Multifarm inventory slots, then pumping the input items (seeds, saplings, etc.) out through the input Hatch would be possible. Since you can't do that, a Hatch doesn't connect to a proper inventory. Without a proper inventory, a Manager doesn't have anything it understands as manageable.

Source: tooling around in Creative mode.

In theory, one way to "manage" a Multifarm in a RedPower2 pneumatic tube system would be with a Transposer/Filter/Retriever and exploiting the pneumatic tube "clogged" mechanic to automatically prevent the machine from drawing more items from the connected supply inventories when the farm and connecting tubes are full. However, experiments shows that in practice this doesn't work.

Although Farm Hatches are "clever enough to know which item goes where" according to the Forest Wiki, it also says:

Note: Tubes
RedPower 2 Tubes behave differently from Buildcraft Pipes! This is not a bug.

Through testing, this "different" behaviour is that Farm Hatches are not smart when connected to pneumatic tubes, as everything is dumped into the "soil" slot. With such a large hat put on this "difference" as being "not a bug" in the wiki, I can't help but conclude that this behaviour is intentional. The effect is that Multifarms are mostly incompatible with RedPower2. Consequently, an RP2 system appears to be able to supply humus and other "soils", but not fertilizer or "germlings".

If just maintaining a full soil inventory is enough, then a Retriever makes the most straightforward setup: 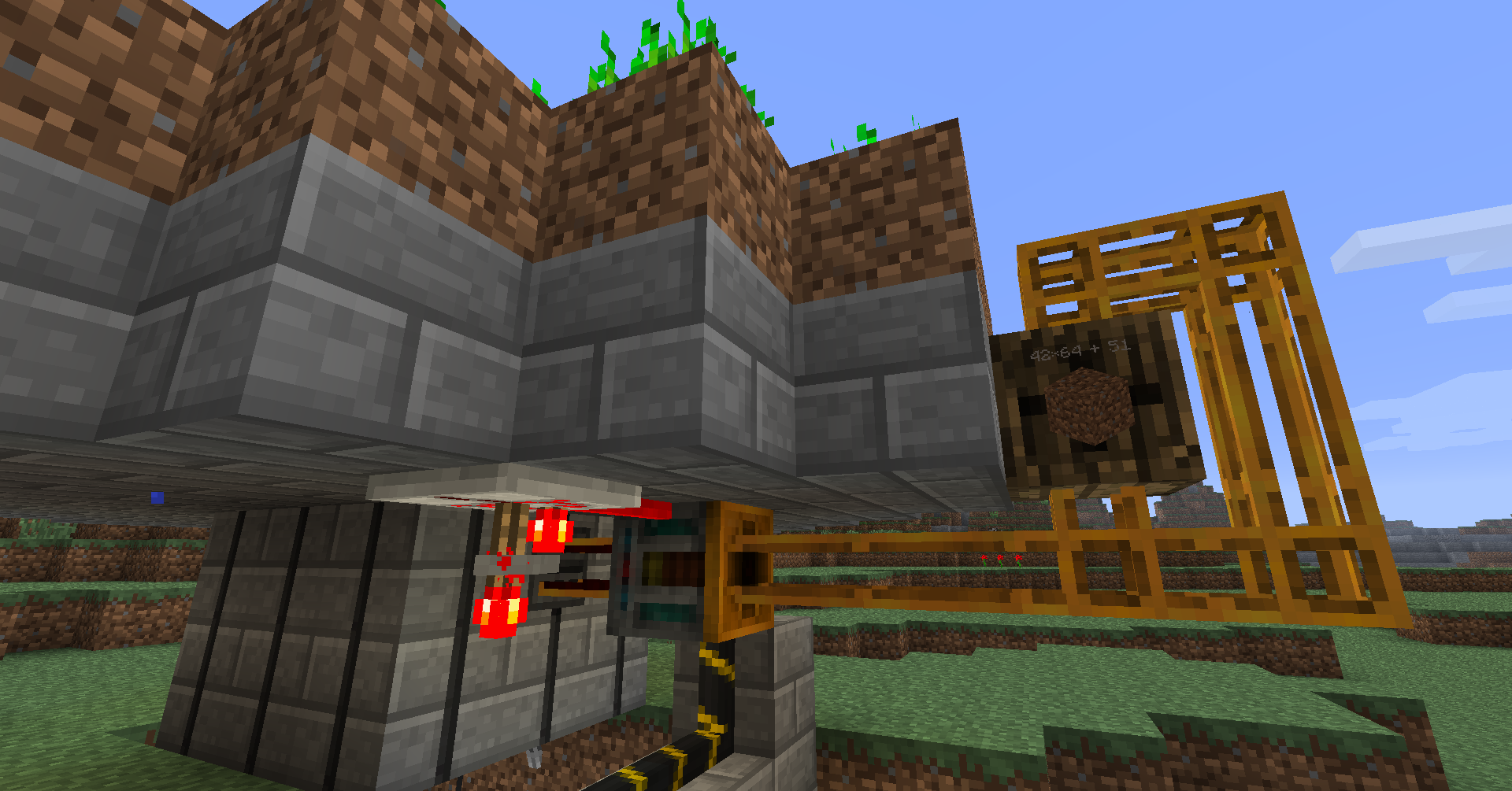 This keeps one stack of soil in the Retriever's inventory, which it will automatically eject toward the Farm Hatch as soon as there is any room in the Multifarm's soil slots. The rest of the stack that doesn't fit will "bounce" off the farm, backing up the Retriever and "clogging" it. When clogged, the Retriever refuses to retrieve any more items, preventing the tubes from being full of bouncers. A slow tick (15s in that shot) means that not too many stacks are pulled in the interval between the farm being filled and the clogging backing up the tube system. Any stacks that were pulled in that window bounce off the "full" Retriever. Normally they would continue bouncing back and forth, but adding the extra return tubes lets them go back into the stocking barrels.

As a result, when the farm runs low it refills from the pipe behind the Retriever, the Retriever pulls more to bring its internal inventory back up to a full stack, and any extra stacks pulled (the number is a function of the tick length) bounce around for a bit until they find their way back to the barrels. During normal operation the tubes contain no bouncers for the majority of the time.

4
How do I get my AE system to move existing inventory to barrels through storage interfaces?
1
Executing a testfor command not working
0
Minecraft loading problems?
2
Minecraft 1.9.2 Command /give converted to /summon
3
Minecraft - Guardian farm low spawn rates
0
Village Validation Distance Criteria
2
Minecraft: pull data from storage with a selector