Can I omit certain lines from the Feed The Beast console?

Whenever somebody logs into my server, I see all of these lines that I have no use for. I know what they are for, but I don't need them clogging up console space. Is there any way I can remove this? 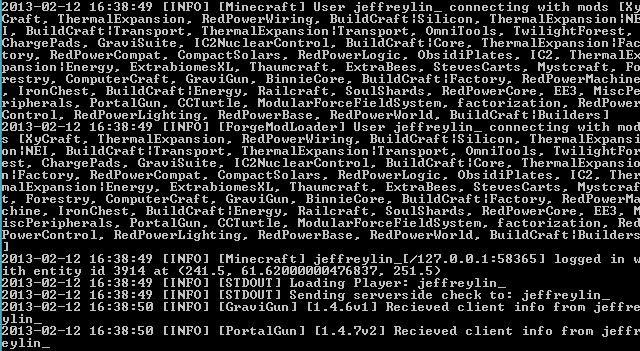 0
Minecraft versions in Feed the Beast
4
What can I expect from a Minecraft Server running FTB with 3gbs of RAM?
5
There are 10.000 leaves stuck in infinitely looping itemduct network. How do I get them out?
7
Is there a way to get Feed The Beast offline?
1
How can I detect if only one out of 8 lines of redstone is on and block the others from passing trough?
3
My Minecraft Server is Kicking me on Join