How much do my relationships matter?

Support relationships are the bread and butter of Fire Emblem games. When units are within 2 squares of a another unit they have a support rating with, they will gain stats in fights. Sort of like what you get for units beside each other, or using Pair Up. But where the side-by-side boosts increase secondary stats, like To-Hit, Dodge, or Crit Chance, Supports increase primary stats, like Strength, Magic, Defense, and the like. The exact stat boost is dependent on the two units, and is also affected by their current level of relationship. The higher the support rating, the better the stats.

If the support relationship is between a male character (such as Virion) and a female character (like Sully), you'll see that they can hit up to the S class support rating. If they hit that, they automatically get married. There's no veto or "Are you sure?" type of screen. You hit that conversation, they're married. Done deal. So be careful when you're looking at that last support conversation, as it may have consequences you're not planning on.

In previous games, each character could only have up to three supports. In Awakening, the number of supports you can have seems to be unlimited. There's no reason not to fulfill every single support conversation you can, except for the caveat mentioned above.

They matter, and they can make a decisive difference on the battlefield.

Without support relationships, paired-up or adjacent units in combat average only about a 20-30% chance of a Dual Strike. With an S-level (marriage) relationship, I have seen Dual Strike odds go as high as 80% (with Dual Strike+). In addition, high support levels contribute to bonuses in Hit, Crit, Avo, and Dgd, and the effectiveness of pairing up become much higher. 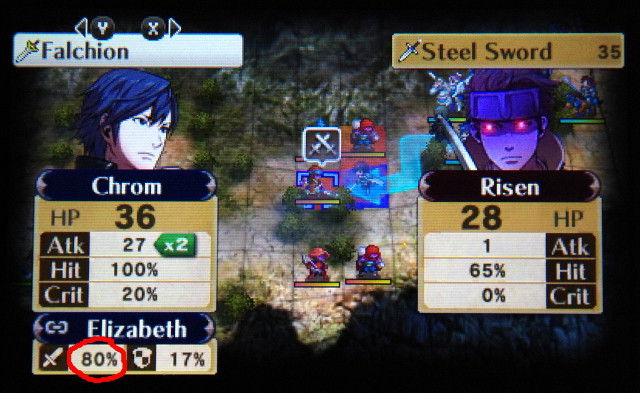 Not the answer you're looking for? Browse other questions tagged fire-emblem-awakening or ask your own question.

3
Does it matter if Anna dies?
5
How many items can the supply convoy hold?
6
How long do surges last?
5
How do I level high-rank units quickly?
3
Growth Rates and Stat Caps
3
Are the dual support bonuses already accounted for in the precombat window in FE:Awakening?
1
How does the exp work?
2
How do you make money?
1
Character class progression in Fire Emblem Awakening