To What does the Scout Mastery Apply?

The wikia says that the Scout Mastery only applies to wards. however, I heard elsewhere that it works for traps (i.e. Caitlyn's Traps). Is this true? Does it also work for other revealing spells (Ashe's Hawkeye, Kog's Ultimate, etc.)?

Simply put, what you heard elsewhere is incorrect. The tool tip for the Scout Mastery reads as follows-

Wards gain 25% increased vision range for the first 5 seconds after placing them.

Riot is fairly straight forward when it comes to Runes and Mastery's and as such the tool tip would specifically say it affected champion abilities and summoner spells as well.

It is possible that for a time this was the case, but it would have been fixed once it was brought to RIOT's attention. 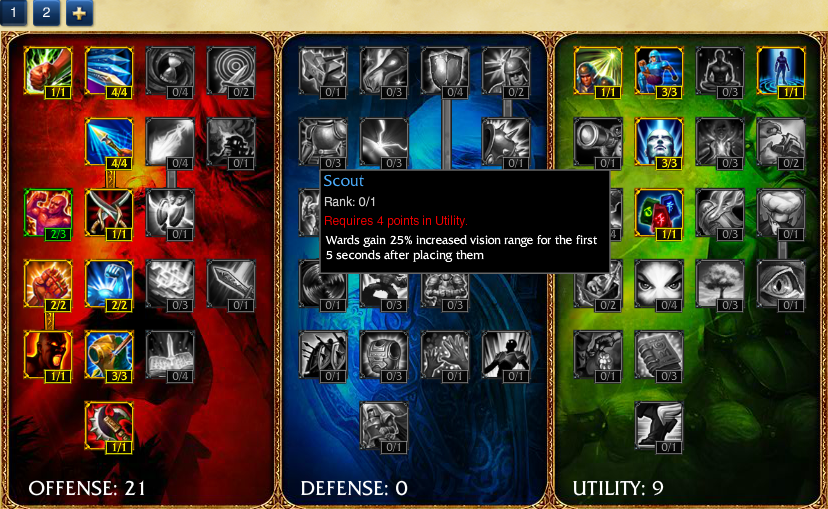 10
Mastery Page "Temporary Changes"
1
Is the smite mastery worth it?
3
Does Shen carry targeted/delayed attacks when he ults?
3
Does Awareness (mastery) increase the XP gained from Sage (mastery)?
9
Can't play while friend's computer is on
4
Does Irelia's Q apply W effects?
1
Spell weaving mastery. What does it apply to?
3
How long does a stack of the Spell Weaving mastery last?