I have made a skeleton grinder and, for an unknown reason, they don't seem to spawn.

My grinder is of the type that the skeleton spawns at a high distance and drops to his death.

Are there some conditions required for skeletons to spawn? And yes, it is dark enough.

Are there any conditions like range, or limit, or anything else I should be knowing about?

ChrisF's answer is good for natural spawns, but I'm guessing you're using a skeleton spawner, since you mention skeletons in particular. If this answer does not help, please provide pictures of your build so that we can understand your problem better.

Monster spawners can spawn mobs in midair, so if you have a spawner over a high pit, that's fine. However, spawners are only active when you are within a 16-block sphere around them, so if you are standing at the bottom of a 24-block deadly pit, you will definitely be out of range; you can only use such a direct-drop system when standing at the top of the pit. You can tell when a spawner is inactive because it stops emitting flames and the mob icon inside stops spinning (due to a current bug, it may vibrate a little bit).

My favored solution to this problem is to use a water elevator to bring the mobs up an equal distance, move them over a bit, then drop down to die (or almost die and be one-punch kills) next to where I stand near the spawner. Here's a picture of the spawner end of such a system I recently built (for zombies, but skeletons work fine in the same design): 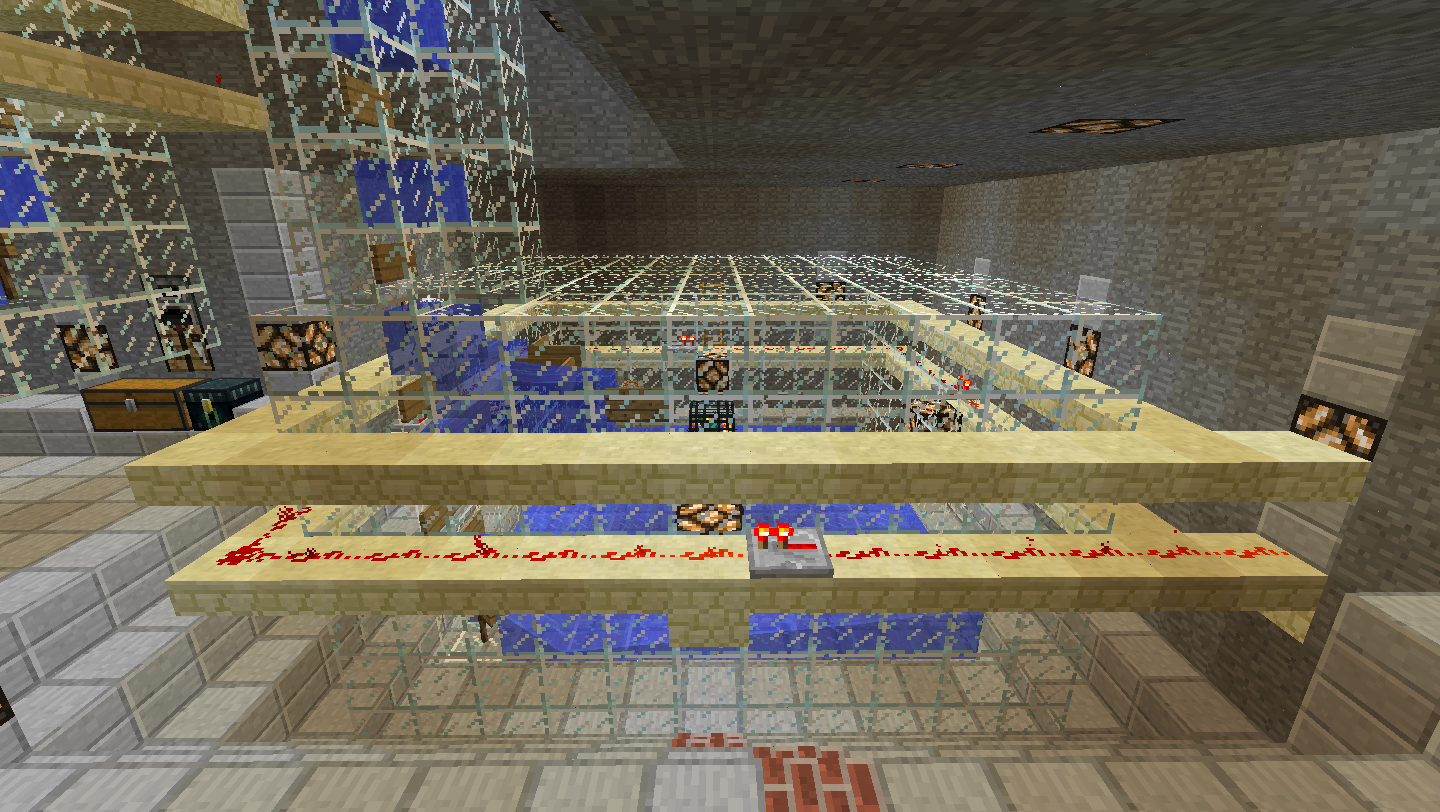 The zombie spawner is in the center of the glass box, and all of the space around it which a spawning zombie could occupy (4 to each side, 1 below, 2 above) is empty air. The water currents bring the zombie to the front left, where they swim up the alternating water blocks and eventually reach a horizontal current which moves them over to a drop (for reliable fall damage, leave a block of dry ground which they get bumped off by the next zombie). The redstone lamps allow me to toggle spawning on and off.

Skeletons spawn when the light level is 7 or less.

They don't spawn on half blocks or transparent blocks.

mob spawning area is effectively limited to spheres with a radius of 128 blocks, centered at each player.