How can I find out how big an opponent's realm is?

In Crusader Kings II, Catholic rulers can ask the Pope for a licence to ki-- er, invade, and take the top-level title (Duke, King, Emperor, God-King, etc.). You can only do this to invade people bigger than you, so your best bet is to build up your realm until you're just slightly smaller than the other guy and then request the invasion. How do you tell when you're just a little smaller than the other realm? There's a nice number in the upper-right corner of the screen that tells you what your total realm size is, but how do you find it for other rulers?

If you want to find out the size of a single realm, I would go the way bd33 suggested.

But if you want to get an overview of the sizes of all realms, go to ledger: 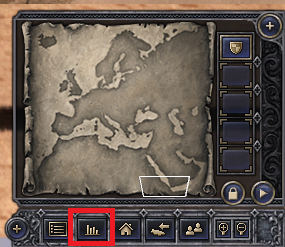 Then get to its tenth page (“Independent States”) and click on the “Realm Size” column heading to sort the list by that: 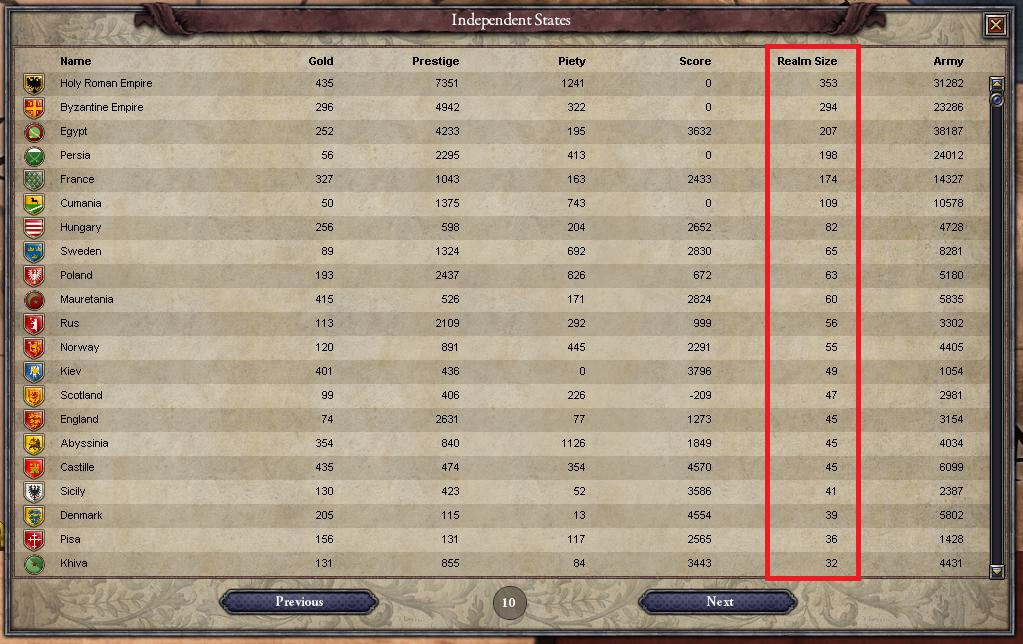 Click on the Realm Tree on the right side of the character portrait of someone in the realm you want to invade. 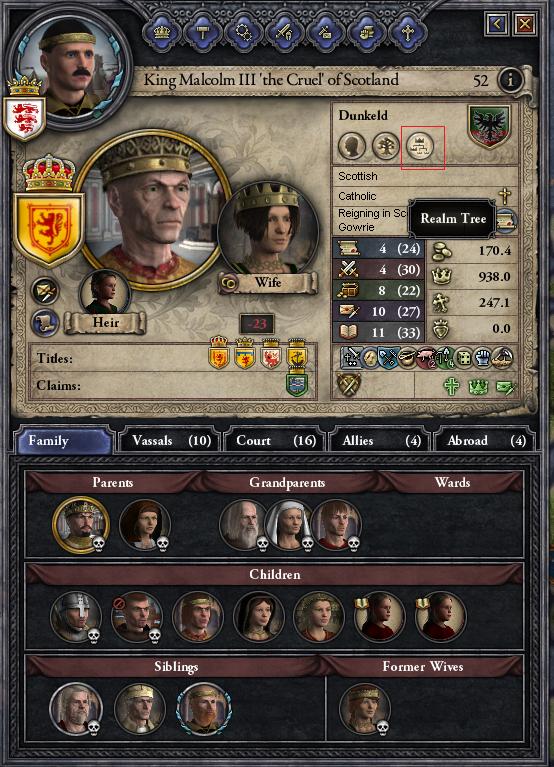 There are two numbers: a percentage (relative strength, which you can hover over to see Levy numbers) and the number of holdings. Hovering over the bottom number reveals how many the individual holds (Demense) and how many their vassals hold. Go to the character at the top of the realm tree to see that information for the entire Empire/Kingdom/Duchy. 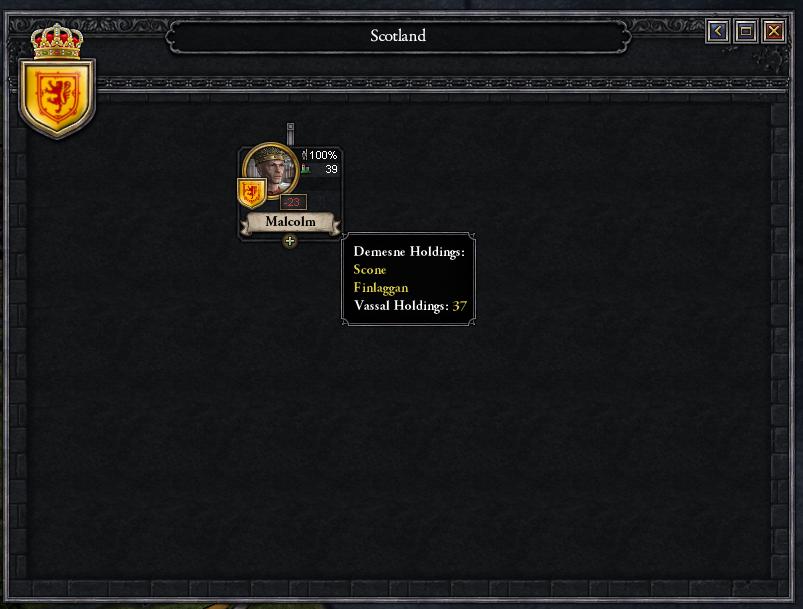 4
How can you estimate the chances to win a war?
2
Unwinnable war?
1
CK2 - Others' potential army size

3
Which succession law applies to king/duke/count titles held by an emperor?
8
Vassal inheritance warning - Who must die?
2
How can I easily consolidate dynasty holdings under one ruler?
20
Playing Crusader Kings II at very high resolution
4
Jämtland: I was too poor to create a Duchy
5
How can I keep my Kings from fighting each other?
10
I'm a liege without an heir. My wife is barren. What do I do?
7
What are the benefits and disadvantages of having multiple religious heads as landed vassals?
1
How can I steal a duchy under my liege?
2
My ledger says I have 19 direct vassals but the upper-right corner says I have 10 vassals