What stealth elements are there in Tomb Raider?

As I was playing in the Summit Forest level (which has a 'Hitman' kind of vibe to it), trying to take down enemies as stealthily as possible, this got me thinking: How do the stealth elements of the game work and how does the enemy AI detect the player?

I'll try to answer your questions based on my experience with the game.

As for the Summit Forest, you can kill all guards silently there, just make sure to wait until the initial conversation ends. After a few first guards are taken care of, you can assume position in the trees, observe their patrol paths and kill them from up there. Good hunting.

In addition to the first answer:

... the Chasm Stronghold level, when there are dozens of enemies around and you have to remain undetected. Lighting your torch is a sure way to get killed. 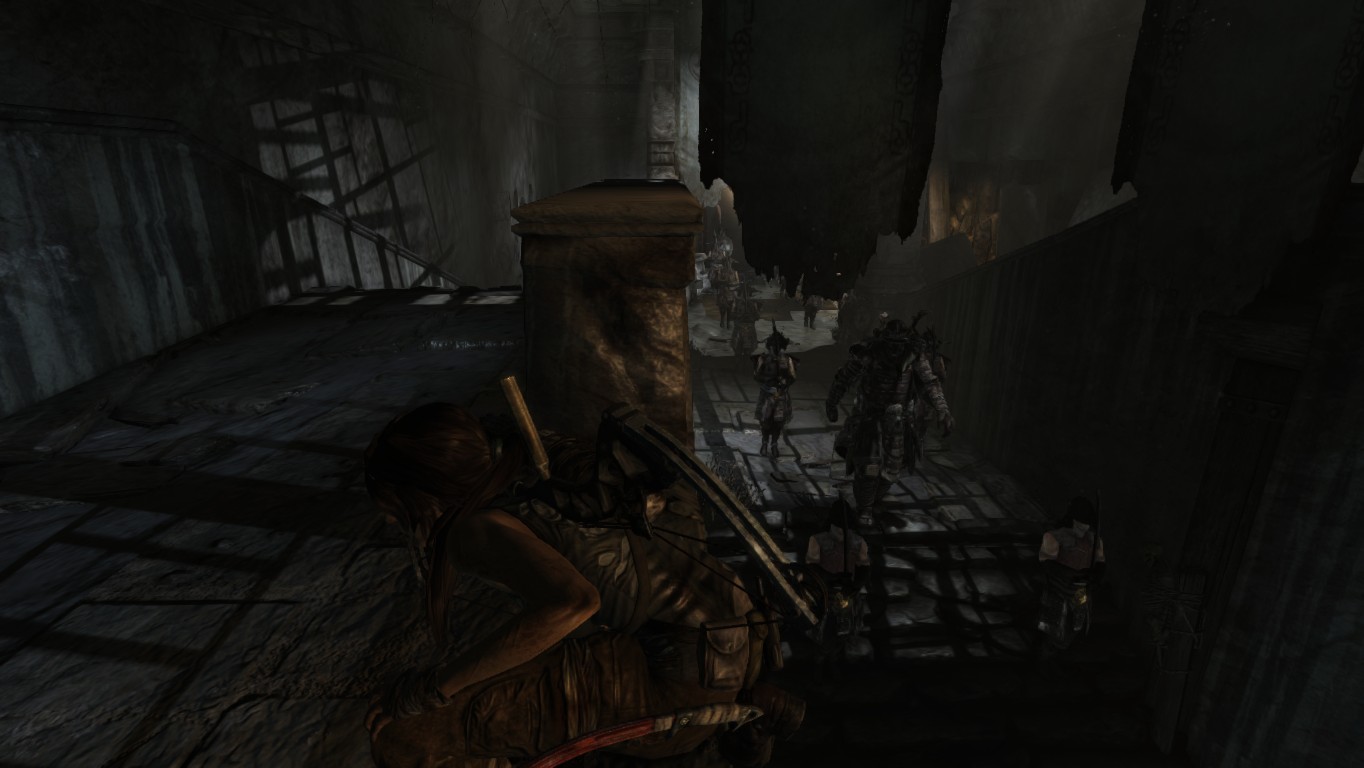 4
Full-Screen Issues With Tomb Raider on PC
2
Are kills you make after a checkpoint reset if you die in Tomb Raider 2013?
9
What are the differences between the difficulty levels in Tomb Raider?
3
Trophy/achievement woes in Tomb Raider
4
How can I find the "mini collectibles" in tomb raider?
0
How does one get combat bonuses in Tomb Raider multiplayer?
0
Tomb Raider (2013) goes black
1
Quick time event on Lara's first kill in Tomb raider definitive edition
0
Difference between incendiary and normal shotguns shells in Tomb Raider?