What is the perfect ratio of Stills to Fermenters?

Organic matter is the only way to power a secret robot base.

Fermenters are used to create Biomass and Stills can turn that Biomass into more efficient Biofuel. The problem is, Stills are slower than Fermenters and will become a bottleneck if one Fermenter is only feeding one Still. The obvious solution is to have a single Fermenter supply multiple Stills.

The question is, how much slower is a Still than a Fermenter. How many Stills can a single Fermenter keep in constant operation?

The fermenter takes about 1400MJ per 'operation' with a maximum input of 17MJ/t. If you fuel the fermenter with saplings, you get 0.8 buckets per operation, so it takes 1750MJ per bucket. At 17MJ/t that would take ~103 ticks to complete. The other common option is compressed plant balls, which produce 0.5 buckets per operation. This would end up taking 2800MJ/bucket, and one bucket every ~164 ticks.

After some more research of my own

I decided to do some more research about energy usage for various materials, I ended up with these numbers for the fermenter, with ticks/bucket calculated:

The still used 25,400MJ for 10 buckets of biomass, producing 3 buckets of biofuel. Calculating the speed, this would have taken 423 ticks per bucket.

I'm assuming the max MJ/t usage I used is correct, because these numbers come from the official Forestry wiki. This gives us the following info:

Oddly enough, while I was testing, I noticed that the various items you can feed fermenters create slightly more than their listed buckets per item:

I've taken the difference in output into account by measuring the output using liquiducts feeding into railcraft multiblock tanks that are accurate to the millibucket.

Another consideration is that there is some contention over the efficiency of redstone energy cells, which I used to test the energy draw of the fermenters and stills. Some claim a 5% loss for every junction (which would be 1 in each of these test scenarios, the cells are placed directly adjacent to the energy consumer). I've assumed 0 loss, partially to simplify the calculations, but also to present a common real world scenario. Most energy setups will use redstone energy cells as a buffer, so the loss (if it exists) is calculated in here. Note also that the loss would apply to all the machines, so ratios shouldn't be different.

Oddly enough, in contrast to what my calculations would seem to suggest and what Unionhawk's testing seems to suggest, 5 stills weren't able to keep up with a single fermenter fed with fertilizer and saplings, powered by a redstone energy cell. I've included a screenshot. As you can see, the indicators on the side of the fermenters show them almost half full, the buffer tank for biomass on the left is empty, biomass is flowing from the tank / fermenter to the stills, and biofuel is flowing to the storage tank to the right (img album). 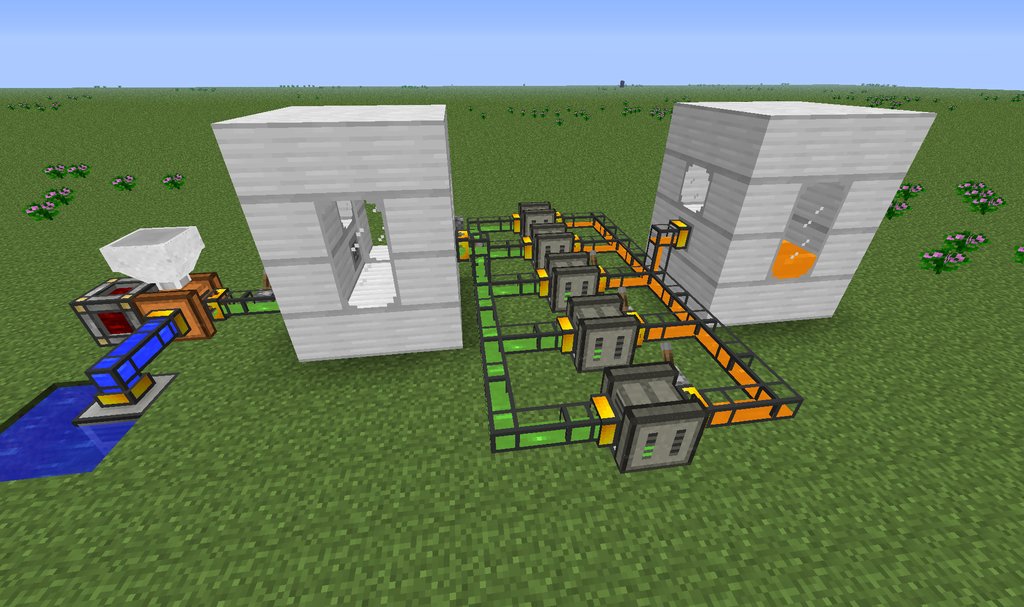 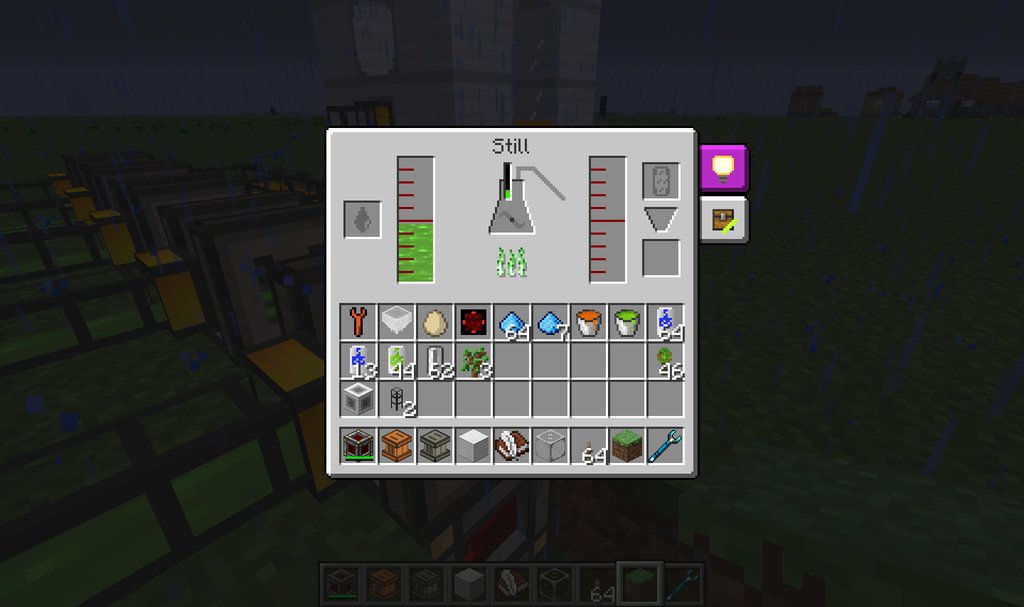 I have no idea why these five stills can't keep up, contrary to Unionhawk's testing and my own calculations. It's a close matter, it took probably upwards of 10 stacks of saplings and more than 600,000MJ on the fermenter to get the stills halfway to full. Perhaps this is some kind of liquid duplication bug.

But let's say you give both of them a nice, even amount of power, like 5 MJ/t (1 biomass engine each): The fermenter now takes approximately 15 seconds to produce 8/10ths of a bucket, and the still takes approximately 25 seconds to process 1 bucket. So, it really depends on how you scale your power (17 MJ/t is a lot for 1 machine, or maybe not, if you'll end up with a lot of power anyway).

Update with hard science this time: 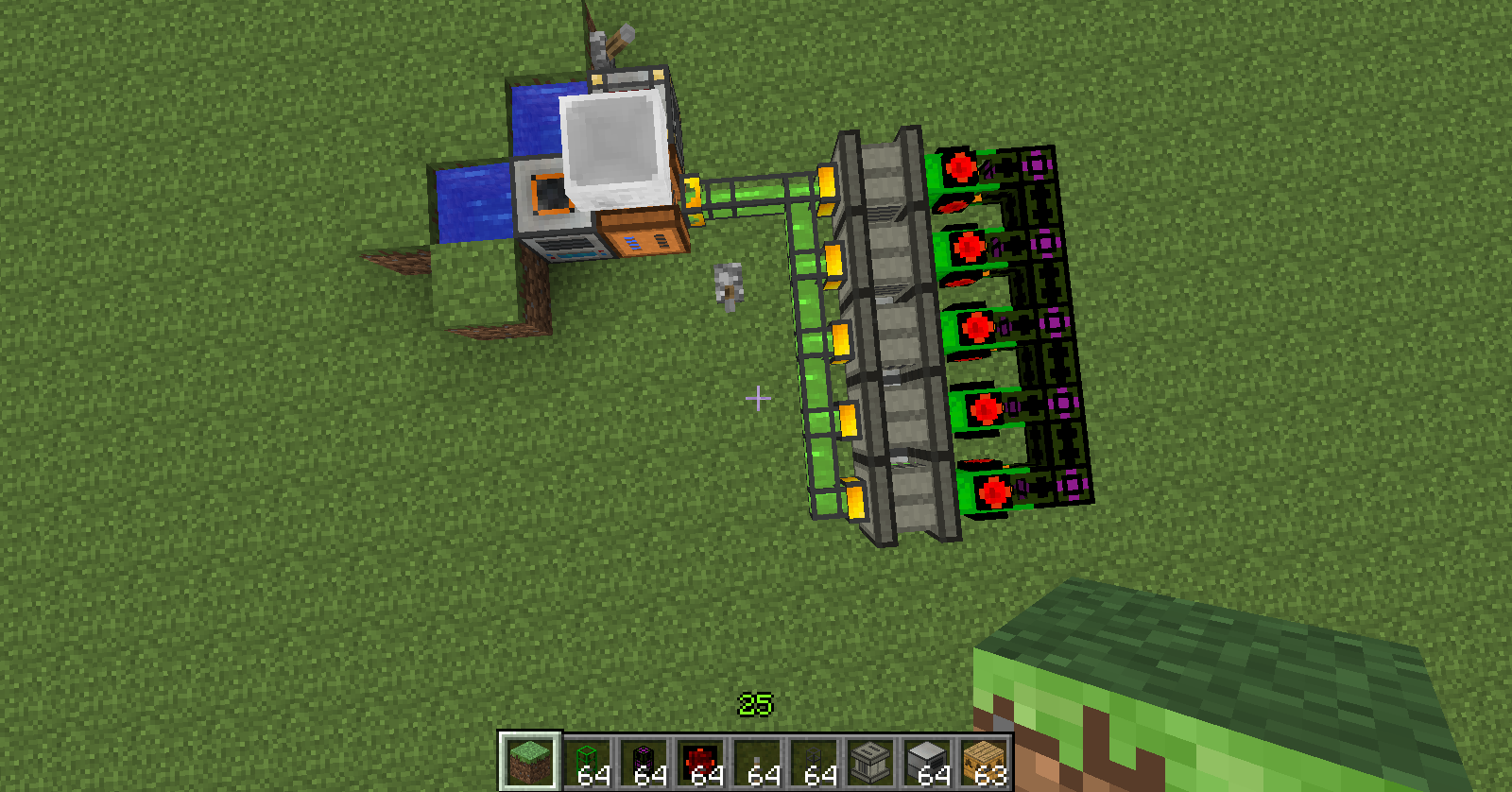 I made a biofuel setup in creative, and have found that with one fermenter running at full power, supplied with saplings, you can run 4 or 5 stills reliably. At 4, the biomass production is slightly faster than biofuel production, and at 5, the fermenter can't quite keep up, and the stills end up sitting without enough biomass in them to start work for a few seconds. 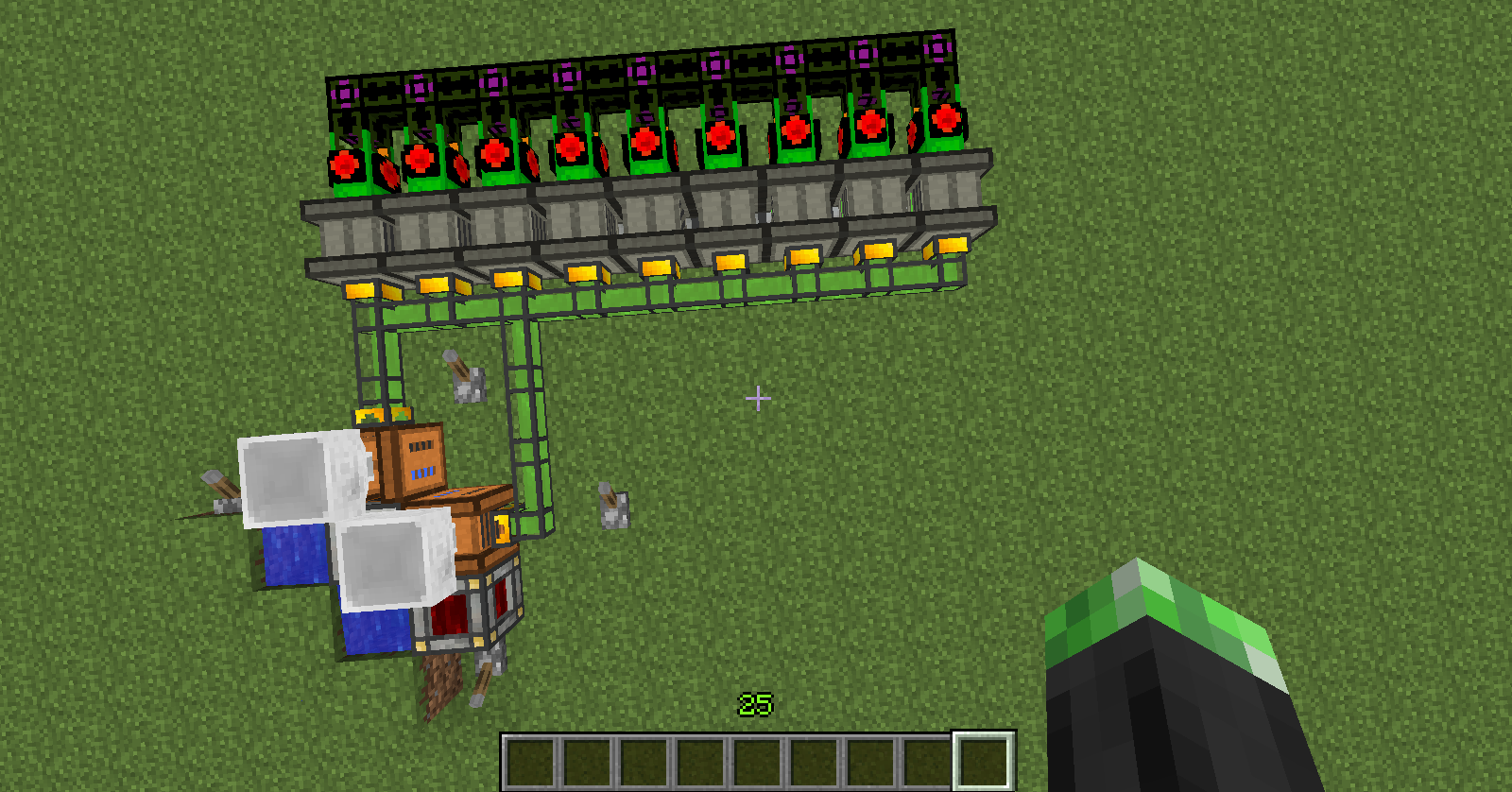 I tried a 9:2 ratio of stills to fermenters, and the system is very balanced. The stills will wait for just a little bit each cycle to get one full bucket to process, but it's a very small delay. This ratio could probably be refined even further, but 9:2 (4.5 to 1) seems like a pretty perfect ratio.

10
What is the surface water to land ratio in minecraft?
3
How to use the Carpenter from the Forestry mod?
3
What are the power requirements for a Carpenter?
4
What is the bee genetic heirarchy?
4
What do the bee mutation pictures mean?
1
Minecraft Bandwidth Usage - What and Why
5
Optimal Crucible to Magmatic Dynamos ratio
5
What is hidden behind the scrambled text in the end poem?