What is the formula for converting population to residential agents (workers, shoppers, students)?

I learned in another question that the population number can be much higher than the number of residential agents (workers, shoppers, students) in the city.

The calculation you're asking for actually works the other way around in SimCity, the number of agents is taken and then run through a function to return a 'fudged' population figure.

The function in game that returns the population is as follows;

This works out as follows;

Here is a graph of how the actual population relates to the displayed population; 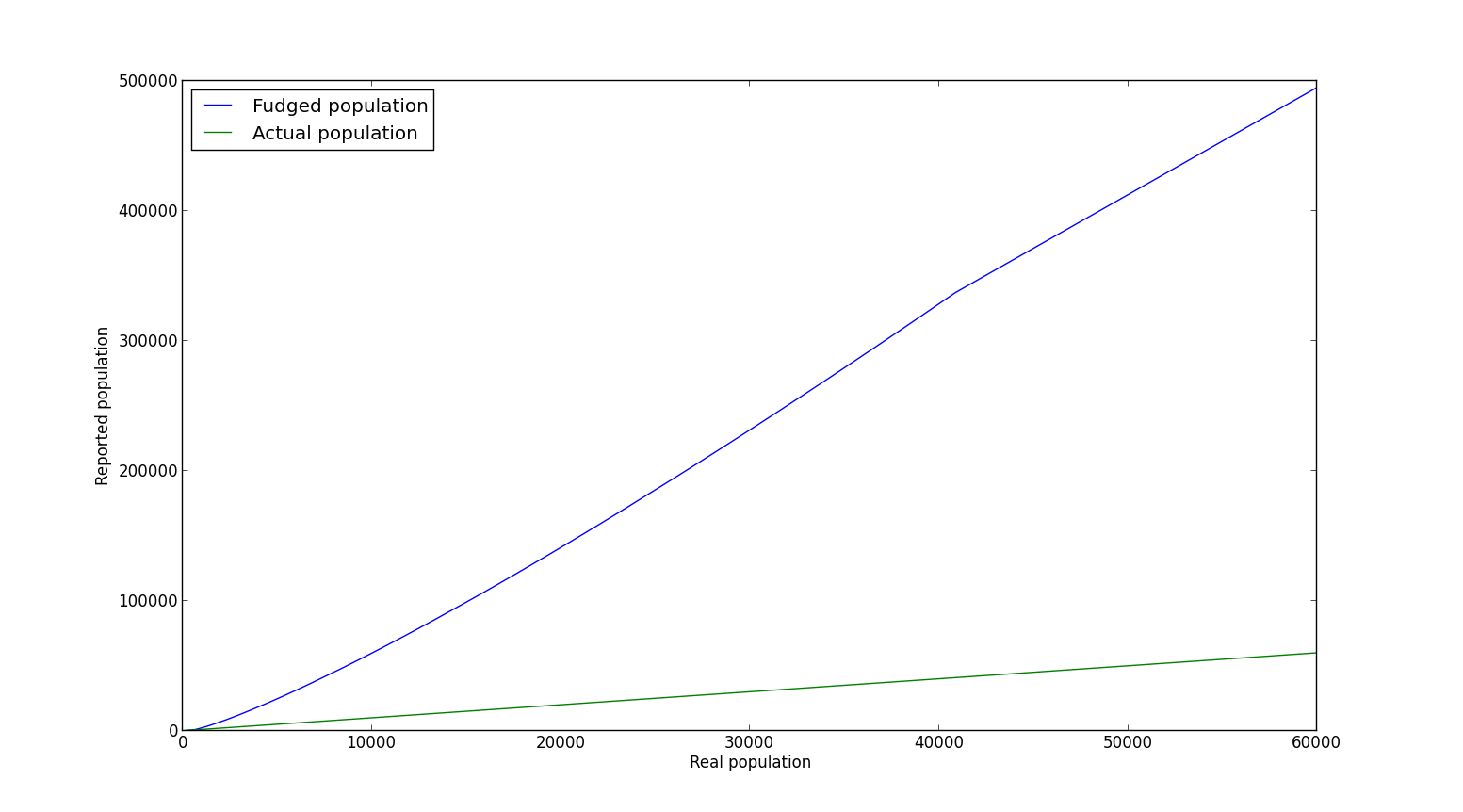 To work out the number of agents that makes up your displayed population, you would use one the following formula (courtesy of OrigamiRobot@The Bridge), depending on the size of your population;

This would return the number of actual agents present for your current population.

13
How do you provide more workers to your city?
2
How to provide workers, shops and freight in my simcity5?

11
Does building the Arcology great work affect residential demand in individual cities?
14
How can I reduce congestion on the highway coming into the city?
3
How many sims fit in a car?
7
What rate should I set taxes at in a medium sized city?
4
How is commuting calculated?
8
What are the benefits of having the Nissan Leaf DLC?
9
How do I increase the capacity of my university?
4
What are the precise requirements for "The Day After" garbage collection mission?
2
How do I troubleshoot the problem of workers not able to get to a workplace?
3
How are goods consumed in SimCity(2013)?