Who are the named prisoners in “Conviction”?

As I was fighting my way through a Dominion Prison Ship, I found a single, named prisoner. 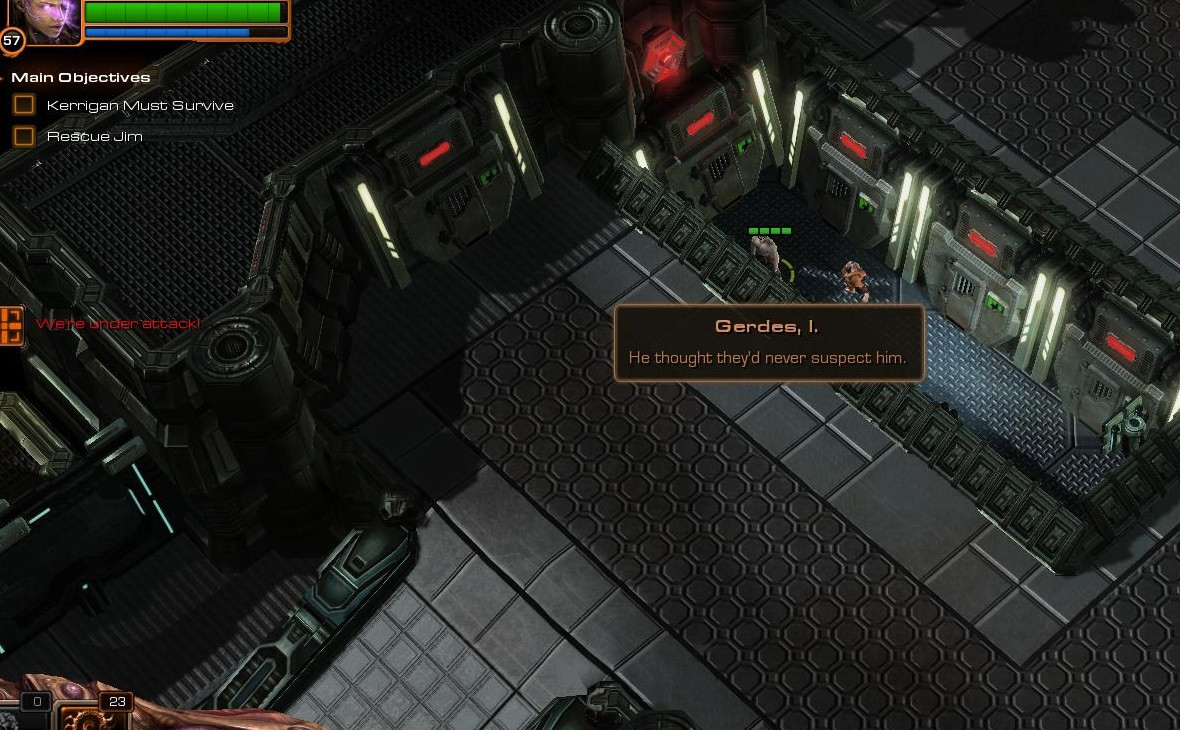 Mr. Gerdes wasn't the only one I found, but I didn't recognize any of the prisoner's names. Are they referencing something in-universe? Cameos or easter egg references?

In order of appearance: 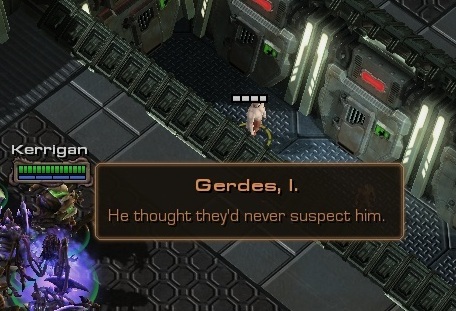 Gerdes, I: Ian Gerdes has been a level designer for Blizzard since 2011. He also has an NPC named after him in Mists of Pandaria. 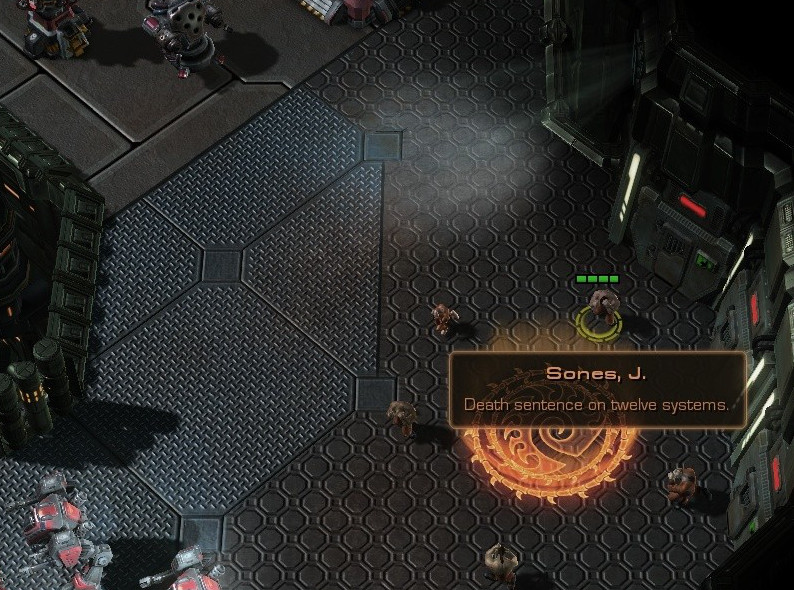 Sones, J: Jake Sones was a level designer for Blizzard from 2009-2012. He has also has an NPC named after him in Cataclysm. 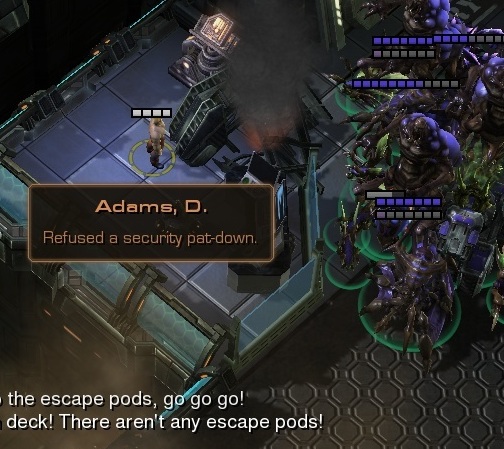 Adams, D: David Adams has been a level designer for Blizzard since 2004. He also has an NPC named after him in Wrath of the Lich King.

I don't know what the phrases are about; probably in-jokes at Blizzard, if anything.

(special thanks to Qyratar for spotting Sones, J)

Gerdes, I is a reference to Ian Gerdes who is a Level Designer at Blizzard.

He also appears in World of Warcraft and is in the credits for Mist of Pandaria.

He is rumored to be working on there next Blizzard project code name Titan.

I have tried finding some information on the quote, but so fare no luck more than one place.

He also worked on StarCraft: Ghost, World of Warcraft The Burning Crusade and Wrath of the Lich King and there is a character named after him(some think it is a reference to Grizzly Adams, but he looks more like David Adams).

I could not find any information on his quote either.

As the lines are from Blizzard staff, there's no way (short of getting them to admit it) to know for certain, but the line 'death sentence on twelve systems' is almost exactly a quote from Star Wars 'A New Hope', when Luke is accosted in the cantina in Mos Isley, the Walrusman's partner Cornelius Evazan uses the line to intimidate Luke "You'd better watch yourself, we're wanted men! I've got the death sentence on twelve systems!"

The other two quotes are just too vague without some sort of context...

17
Are there people who cheat around fog of war in Starcraft 2?
16
What's the proper way to deal with someone who Team Kills and harasses you constantly in Starcraft 2?
3
Proving that a SCII character is really owned by the one who claims to be the owner
1
Where are the BlizzCon missions in the story?
4
Are Oracles useful in the mid game?
9
Who, or what, is Dr. Narud? (Spoilers)
6
Overcoming a Protoss player who turtles until carriers
3
What are the victory conditions?
1
Starcraft 2: Defending against proxy 2-rax (and early aggression in general) as Terran