Order of command block execution if triggered at the same time?

If I make some Command Blocks with commands (let's say say whatever), connect them with redstone dust (you can place redstone dust on Command Blocks by holding Shift), then produce a redstone signal to trigger them at the same time, is there a specific order in which they are executed? Does it depend on coordinates, directions, or what?

If you trigger a lot of command blocks with interfering actions at the same time, they will execute in a specific order, but you can't know what this is in advance, it may change without notice (if the server is restarted for instance), and will almost certainly cause you a lot of headaches.

Command blocks also have a direction now, they can face north, south, east, west, up or down, this is important for the chain command blocks.

You really don't want to be using redstone dust in your command block contraptions, or in this case, even repeaters. I discuss this further in this answer. There are much better solutions these days, and even better solutions to come in the near future.

So for 1.8, what you want to be using is a 20Hz fill clock. There are 2 great features about fill clocks, plus some other advantages. The first feature is that every command runs every game tick, i.e. 20 times a second. The second feature is that execution is well defined, at least when everything is in the same chunk. If your command blocks are in a single line along the X or Z axis, the command blocks will be executed from low coordinate to high coordinate. One of the other advantages is that fill clocks generally produce less lag than redstone.

But fill clocks are old hat now. The new hotness is command block chaining, which is coming in 1.9, and is available now in snapshots. These are even better than fill clocks because while both run at 20Hz, the new command blocks produce even less lag and command execution is even easier to determine. If you're working with command blocks, you should be using 1.9, even though, at the time of writing, it hasn't been fully released.

If the command blocks trigger each other by placing and removing redstone blocks, wires, circuit-breaking opaque blocks and/or inputless torches, then they're predictable (at least as long as the chunks never unload -- see https://bugs.mojang.com/browse/MC-711). They'll be triggered from bottom to top, then from west to east, then north to south (ascending order of Y, then X, then Z), and a command block will run each game tick if its signal has switched from off to on at least once since it last ran. (The same rule applies to note blocks, which are the only type of output block that can run at more than 5 Hz.) This is what makes 20Hz /setblock clocks possible. It's only when you use repeaters, comparators, switching torches, or moving parts that the unpredictability arises.

TL;DR: The answer varies from where you activate the command blocks.

I did an experiment with these where all command blocks are programmed with/say Whatever at and then their coordinates. 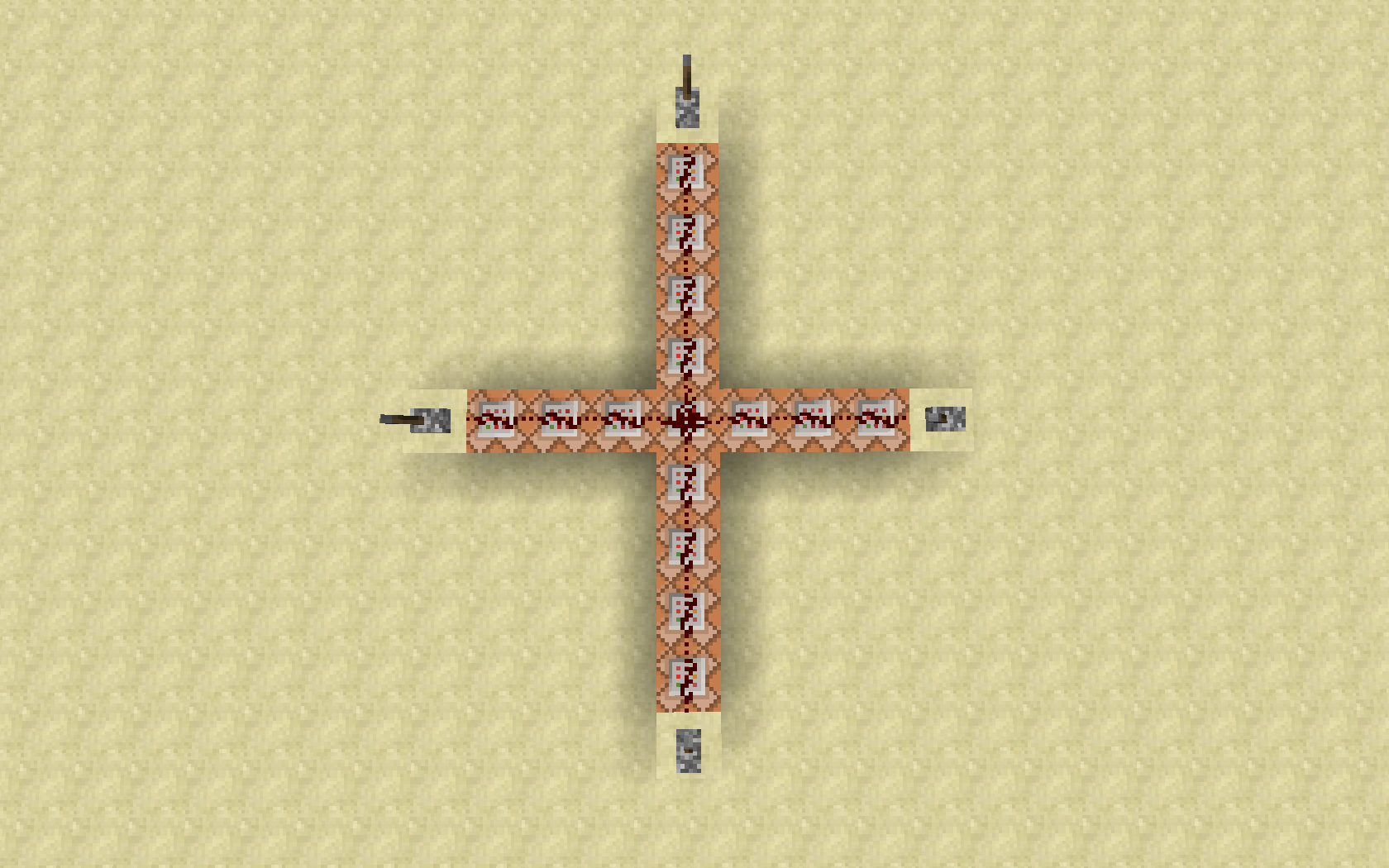 Next I activated them from all sides. 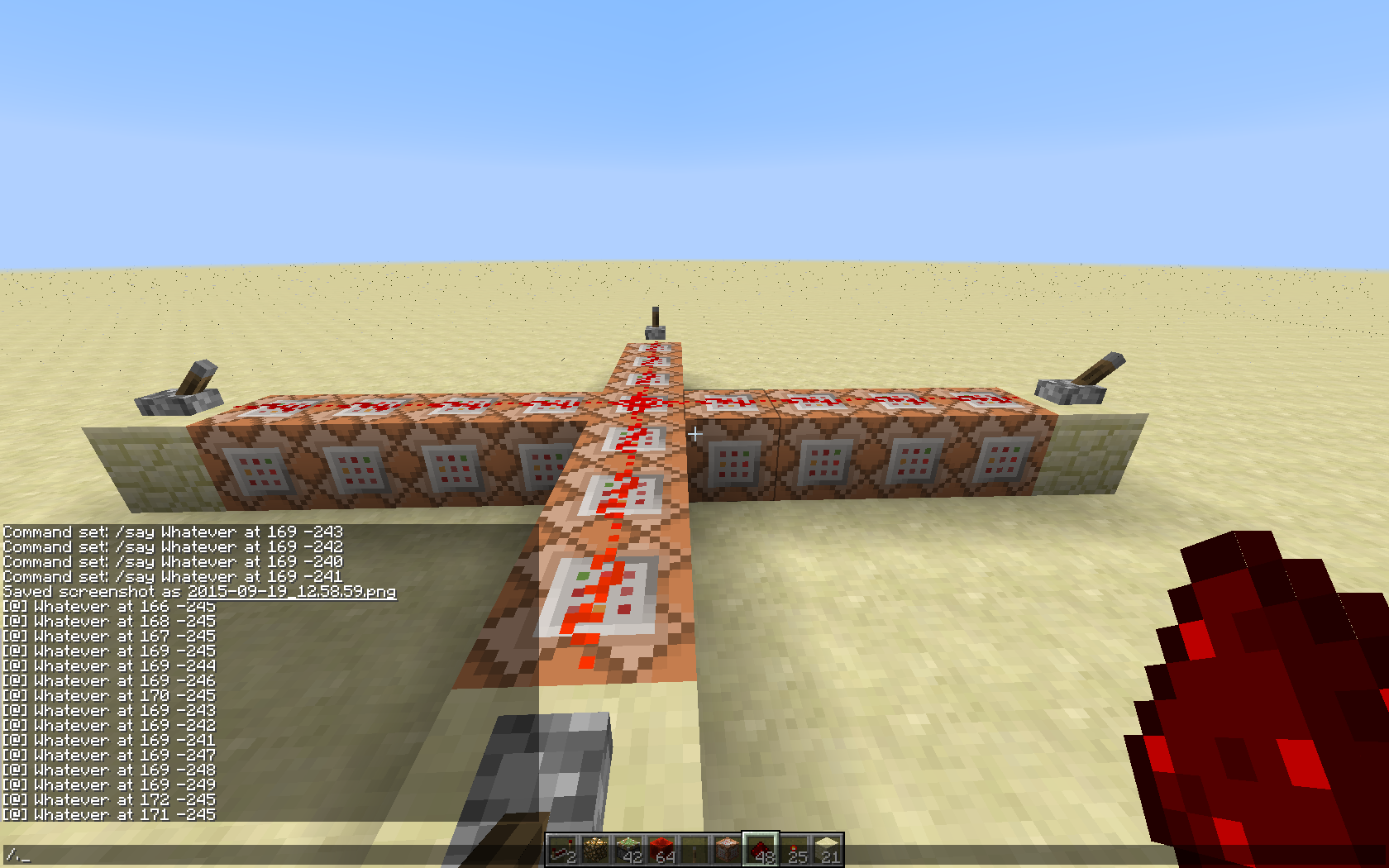 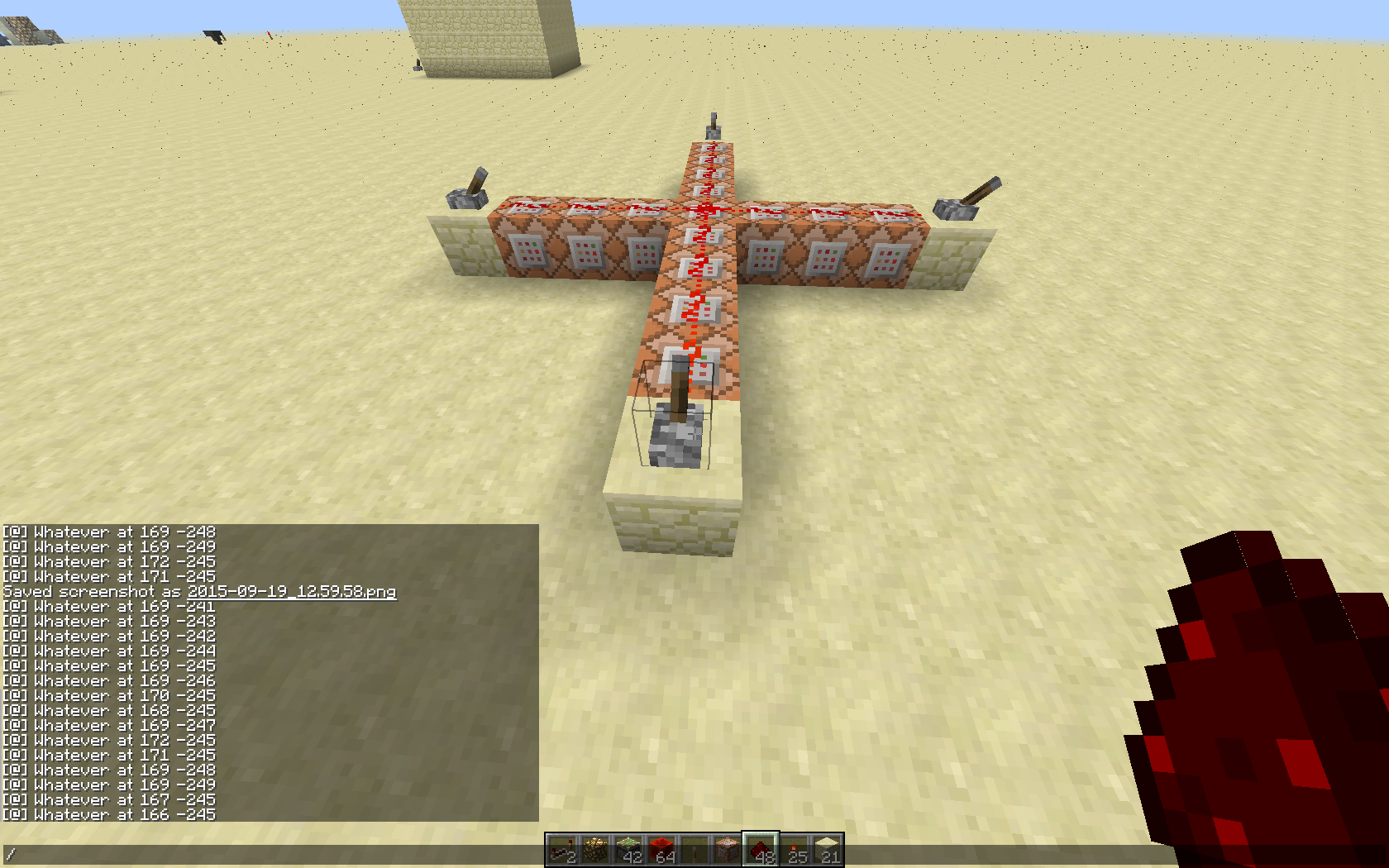 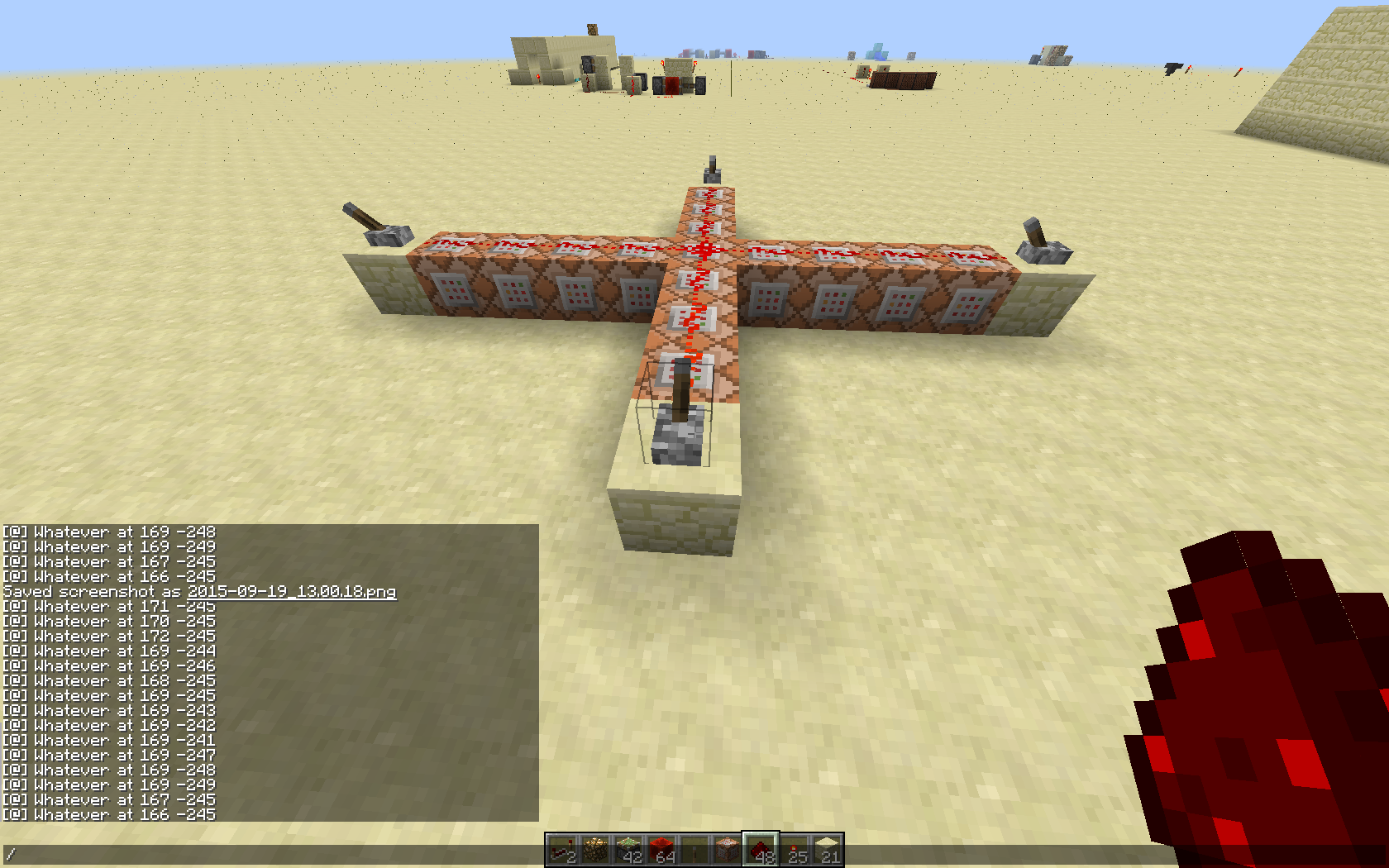 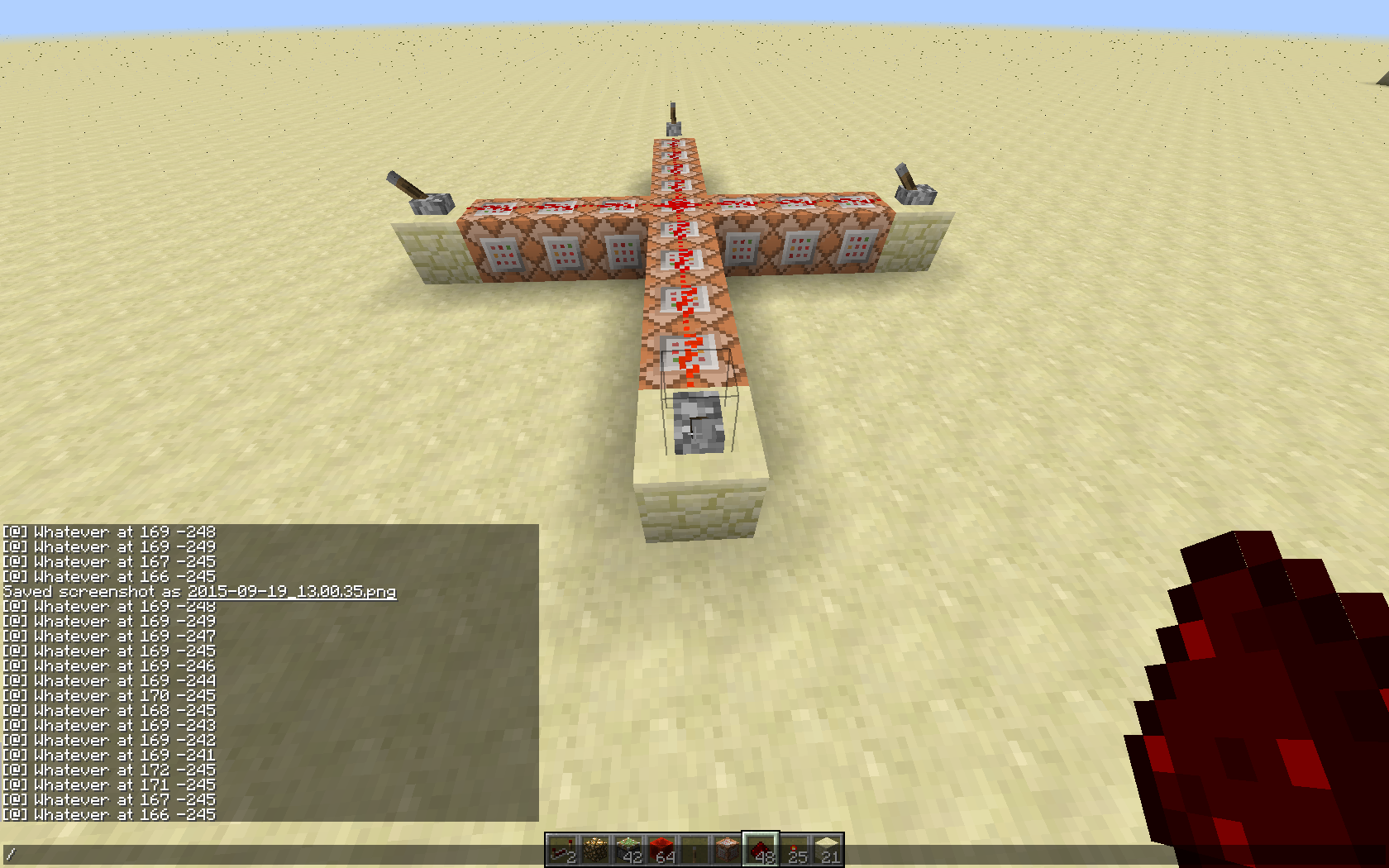 Then, I made sure the test was consistent. 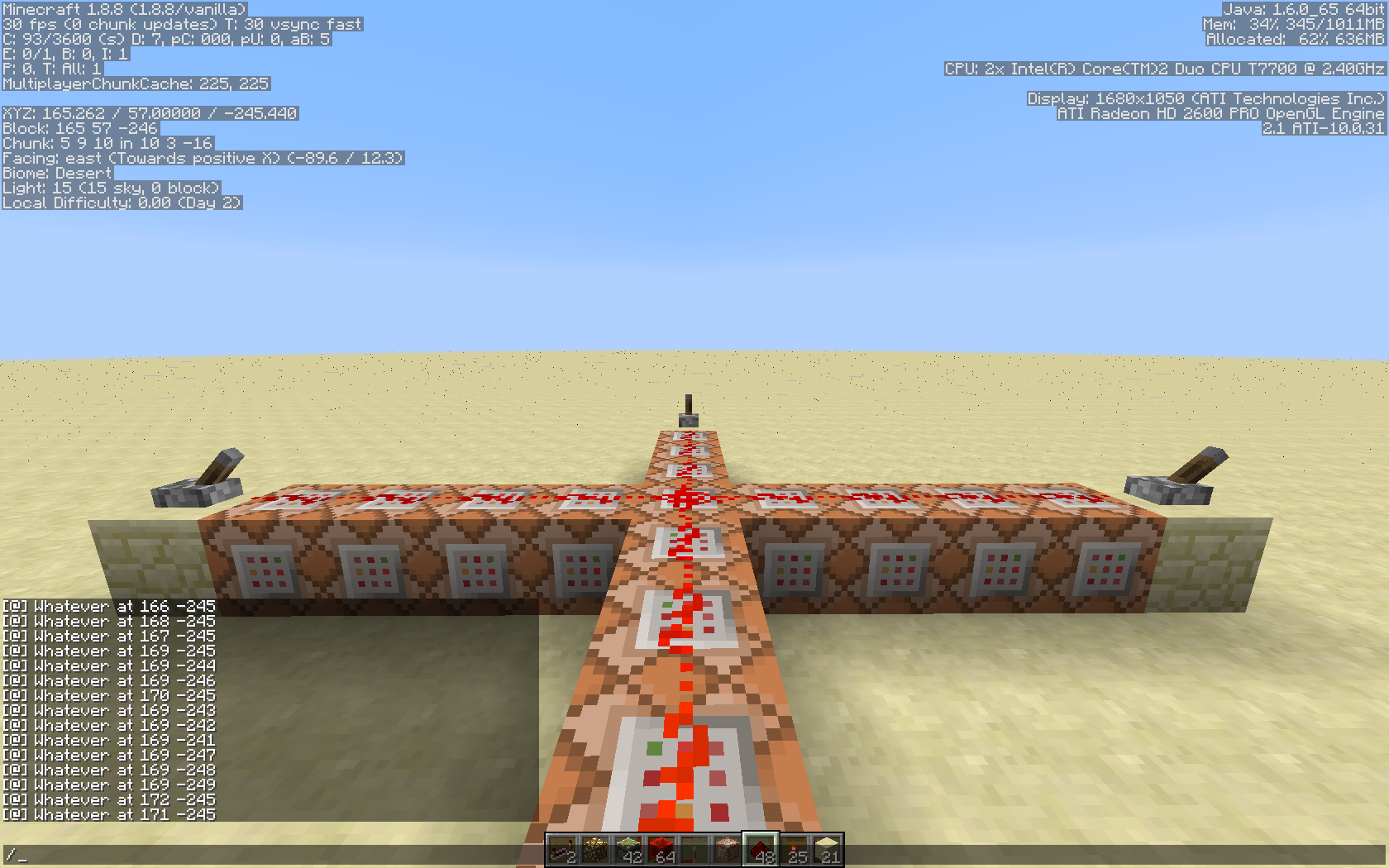 As you can see, the first time it activated in this order:

The second time it activated in this order:

Those two are exactly the same.

In conclusion, the order depends on where the signal was activated.

14
Why remove redstone dust from my command block contraptions?
17
How do I make a setblock or a fill clock?