What is a strategy to earn the Elite AI Romp achievement?

Winning 100 matches to earn the Elite AI Romp seems like a difficult achievement to earn: not only because of the time involved, but because of the skill of Elite AI opponents.

What is a strategy to earn the Elite AI Romp achievement?

While winning 100 "fair" matches against an Elite AI opponent might earn the player a sense of satisfaction, the easiest and quickest way to earn the Elite (formerly Insane) AI Romp achievement is to simply grind it out.

The strategy employed by Elite Terran AI opponents is especially susceptible to a Proxy 2 Gate all-in strategy. Following the below steps on Agria Valley or another 1v1 map should consistently net a win:

Between setup and game play each match will take around 5 minutes. When you do the math, earning this achievement will take more than 8 hours of repetitive slaughtering. Thankfully earning the elite version will also earn you the medium and harder achievements.

In WoL there was another nice tactic for ZvZ, which also fit under 5 minutes.

In short you should go 7-pool, and around 9 supply send two drones two your opponents base. They should get there more or less by the time the pool is finished. 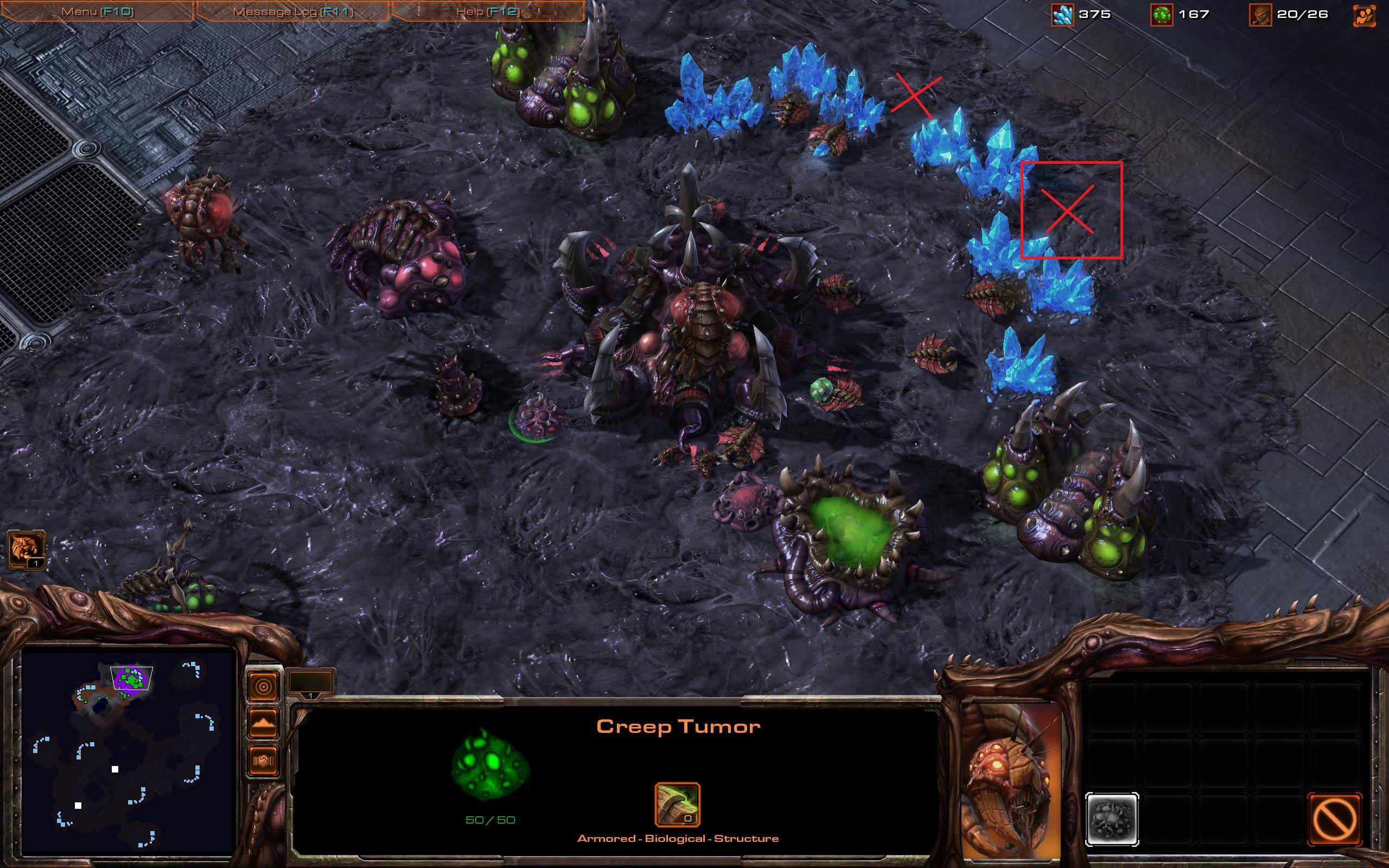 There's a bug in AI that will cause the drones to not attack the spine crawler at once. Instead, they will get stucked between the minerals. So place your first spine crawler in the red square, and the second one on the second X mark. Just don't block the entry, place it a bit to the outside. Don't worry, they won't come through.

Now, this is obviously enough to win, but if you want to speed things up, send out a 3rd drone when the first two are halfway. The 3rd spine crawler should be placed in range of both already there, and will make the PC GG around 4:30.

Proxy spines in mineral line. The elite AI will micro workers to attack your spines however you can eliminate that by bringing lings:

There used to also be a scam where you can start building on their gas as zerg, causing all the drones to attack. Then you cancel before complete or death and repeat. This cripples their economy.