How does the water sent to the Arcology affect the region?

The arcology regional project requires 120 Kgal/hr water for operation. Does that water return in the form of sewage, or is it lost forever?

If there are multiple cities in the region, whose clock is used to determine if the water supply requirement is met?

1) First of all there's no sewage return, I know that for sure. Second, the numbers of "regional resources" are slow to update (maybe once a month?) so snap testing is hard to do. I did turn off my water supply to see what would happen. I am sure Power works in the exact same way as Water as far as the Arcology is concerned, but I did not test Power independently. Also, note it seems the Arcology caps out at 1,000 power and 1,000 water in Regional Resources (meaning it only 'sees' up to that point).

2) I know in order to get the Arcology "activated" and fully built I had to visit each city in my region, so they obviously have some sort of internal clock whether it's built or not AND whether it's functioning. However, switching between all my cities the "Regional Resources" of the Arcology remained the same.

Basically, while you are playing each city its that city's knowledge of available regional resources when its turned "on" and when its got enough resources to function. 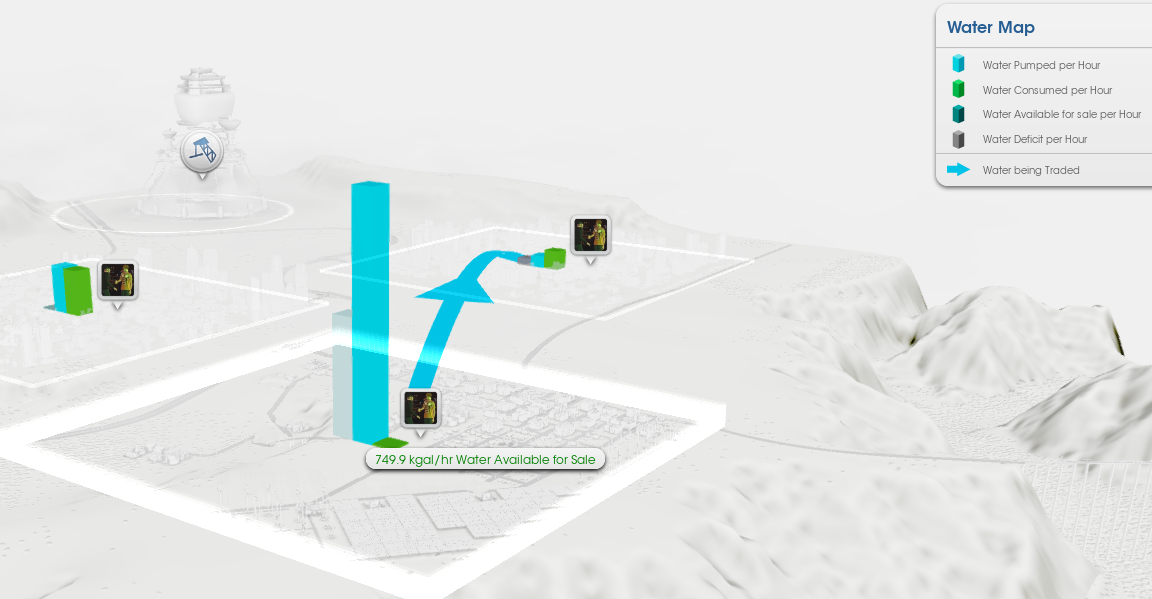 As you can see my water producing city doesn't show any water being sent to the Great Work, but it has more than enough "available for sale".

Hope this cleared some stuff up for you!

11
Does building the Arcology great work affect residential demand in individual cities?
10
How does the Space Center work?

36
Does the water table replenish?
7
Does demolishing or closing city hall upgrades and specialization HQs affect the region the same way it affects my city?
11
Does building the Arcology great work affect residential demand in individual cities?
5
How do we share our city upgrades to the region?
3
Does proximity to a fire station affect building flammability?
4
How much does supply and demand affect global market prices?
7
How do you increase the population of the Arcology?
9
Does a great work bring benefits to the entire region or just to the 4 cities which built it?
1
Powering the Arcology great works