What emblems can you earn in ranked League games?

The new ranked system in League involves, among other things, emblems that can be earned. The only two I've seen thus far are for winning 3 games in a row, and playing more than 100 games. What other emblems can be earned?

There's also one called "Recruit", for when you first join a certain league: 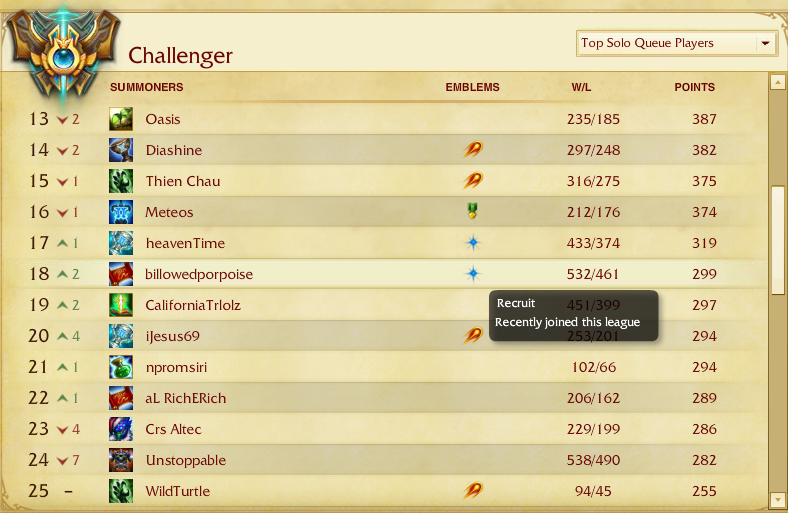 I'm not aware of any others.

Also, since there appears to be some confusion, the Veteran emblem is awarded when you have played 100 or more games in the same league. Moving up and down divisions (i.e. from Silver IV to Silver III) doesn't change what league you are in, so this emblem is effectively for playing 100 games in the same rating tier (Silver, Gold, etc.).

4
What roles can realistically be performed by Cho'Gath?
3
Does the amount of games played influence your ELO?
0
Why do I lose League points even though I have a very good score?
11
What factors influence in the first games to enter in a League?
4
Why is it so hard to rank up?
4
Can a casual, 'bad' player compete with other casual, 'bad' players around the same skill?
0
Losing streaks in League of Legends
3
Champions available in League of Legends