How did Elizabeth lose her small finger?

As you can see on this picture (from some random place on the web), she is missing part of one finger. How did that happen? 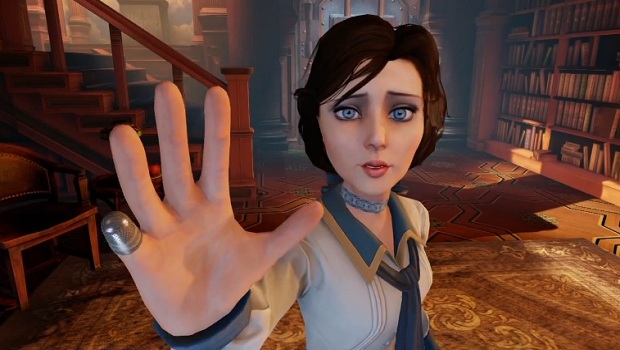 Hover over to see the solution (spoiler-alert):

Booker sold her to Comstock when she was a baby. Just before the portal closed, baby-Elizabeth stuck her pinky out of the portal reaching for her father (Booker) and it got cut off as it closed.

Her finger (or lack of it) is the most important part of Bioshock Infinite. In fact, it's what made the game possible.

You see, Comstock is the baptized Dewitt. After baptism, he eventually develops Columbia. He hires the female physicist Lutece, which develops a trans-dimensional device. Once she developed it, she brings herself as "himself" from another dimension. Comstock realizes he's sterile. So, he needs someone to continue his quest of cleansing the sodom below (burn down the USA to "purify it"). He knows he will die before that happens, so he tells Lutece to go back in time and get her baby Anna (Elizabeth) back in the day when he was in his office as a detective. Dewitt was so much in debt from gambling that he sold his daughter to Lutece to "wipe away the debt". The male Lutece picks up baby Elizabeth (Anna). He is eventually chased down by Dewitt. Dewitt finds Comstock and male Lutece in a back alley with the baby ready to cross a portal. They both (male Lutece and Comstock) cross with the baby. In the struggle, there is a fraction of delay from when the female Lutece shuts down the machine and the portal closes. As we know, the butterfly effect of the struggle between Comstock and Dewitt causes part of the finger of the baby to take longer to cross the portal. The portal closes and slices the finger off. Because of that, the universe and all universes (millions of millions per Elizabeth) are out of balance and the equation doesn't add up. The result is that the baby Elizabeth is now a "glitch" and that is what enables her to open or generate tears. This was an unplanned event by Comstock, that is why they had to develop a funnel, and this had to be done before her raging teen hormones started at menarche and she seeks independence (she could go anywhere). Without the ability to generate tears, she is confined to the tower. And all because of the finger.

The rest, well, you already know. The full explanation is much longer but I didn't want to bore you.

In her Voxophone log, "The Source of Her Power", Rosalind Lutece says:

What makes the girl different? I suspect is has less to do with what she is, and rather more with what she is not. A small part of her remains from where she came. It would seem the universe does not like its peas mixed with its porridge.

At the end of the game, you will learn that Booker DeWitt sold his baby (Anna) to Comstock (who was assisted by Robert and Rosalind Lutece), to pay for his gambling debts. He tried to stop Comstock from taking his baby in the last minute, but failed to do so. As the tear closed, Anna's little finger was caught in the closing tear and was cut. Rosalind Lutece says that this is how Elizabeth (which is what Comstock named Anna as) got her powers. 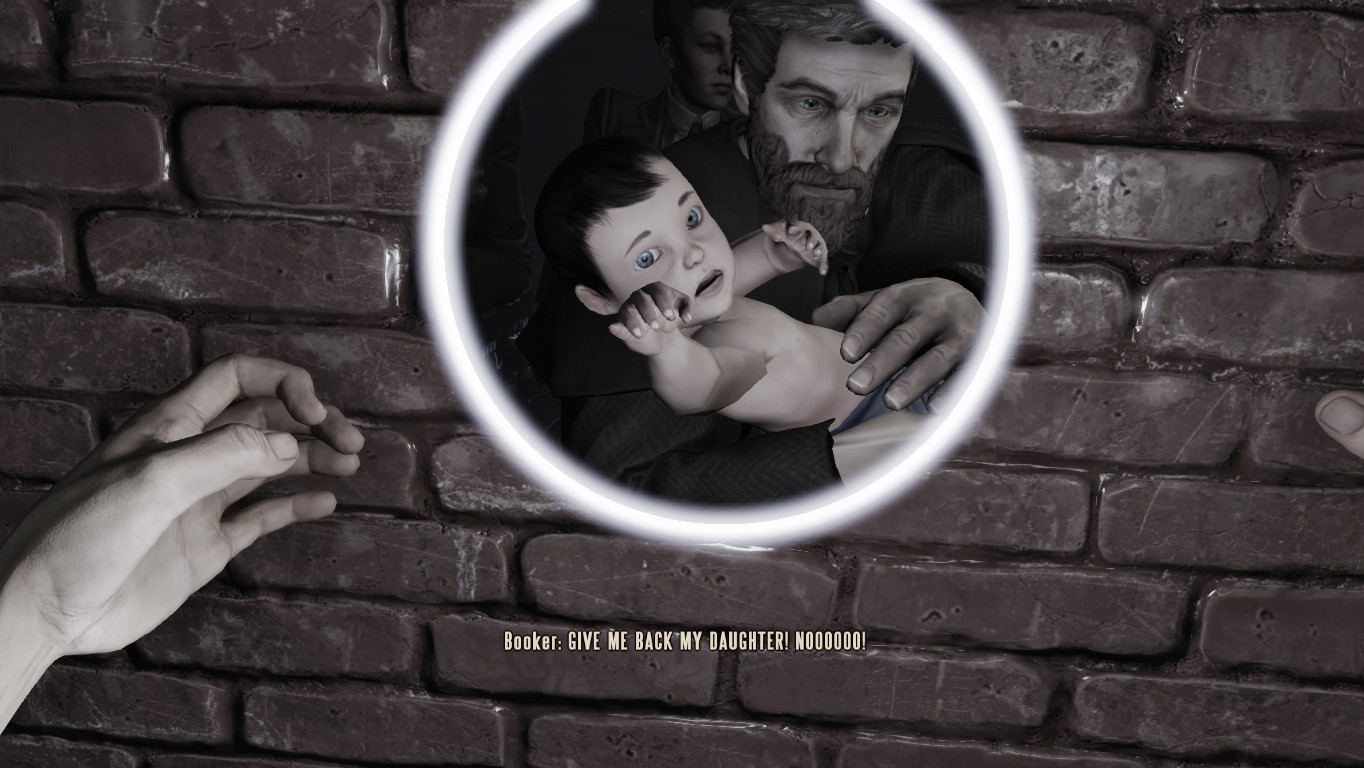 At the end of the game (play it for more info )

booker (who was actually reborn as comstock 80 ) sold Anne his daughter who was also Elizabeth to pay of a debt . He instantly regretted his decsision and tried to get her back he argued with comstock but comstock took Annie / Elizabeth through the portal. Only because of the arguement the baby went through the portal a little late and her finger was chopped off. Because she was now in both the past and the present (her finger was in the past ) you could define her as a bug or glitch . Because she belonged in both worlds she could make tears between the two . The is a clue to this spoken on a voice act near the beginning that says this. What makes the girl different? I suspect is has less to do with what she is, and rather more with what she is not. A small part of her remains from where she came. It would seem the universe does not like its peas mixed with its porridge. She came from the past and her finger remains there. The universe get confused and Elizabeth becomes a glitch

30
How can Booker and Comstock meet?
4
Where does Elizabeth get her powers from?

59
Does it make any difference if I choose the Bird or the Cage Brooch?
20
How does Elizabeth getting various loot and then giving it to you work?
2
Is there a maximum limit on the amount of corpses I can pile up? How does it work and how can I remove/increase the limit?
4
Where does Elizabeth get her powers from?
3
Missing the buzzer underneath the cash register in The Salty Oyster
6
How can Elizabeth survive the plot twist?
15
Why did this NPC think Elizabeth was someone named Annabelle?
5
Will Elizabeth warn me if I rely on her in combat too much?
6
Does the amount of people you kill and/or knock out change the ending in Bioshock Infinite's Burial at Sea part 2?
11
When did Lady Comstock die?