Who or what was Songbird?

I've completed the game, and I'm wondering/hoping if I missed something important connected with this fascinating creature of the developers' imagination.

We know that Songbird was protector of Elizabeth and her only so called friend. It was summoned by flute music. Songbird was nearly unstoppable - killing him by drowning in Rapture depths shows that. His death also reveals that it had violet blood. Songbird's eye colour depends from its mood there was green - peaceful, yellow - alarmed and red - aggressive.

How was it created? Does it eat anything? Was it originally human?

Am I too curious and I should accept that this is only a game and some questions aren't going to be answered?

I've never played Bioshock 1 or 2 so I don't know anything about the Big Daddies.

Songbird was built at the Fink Factory, you can see the blueprints there. Where they got the technology is the interesting part:

The technology came from another dimension; It is never directly stated but it is quite possible that dimension is the one with the Rapture city from Bioshock 1 & 2. The same technology was used to build the Big Daddies.

This would imply that Songbird is a brainwashed human with machine augmentations. 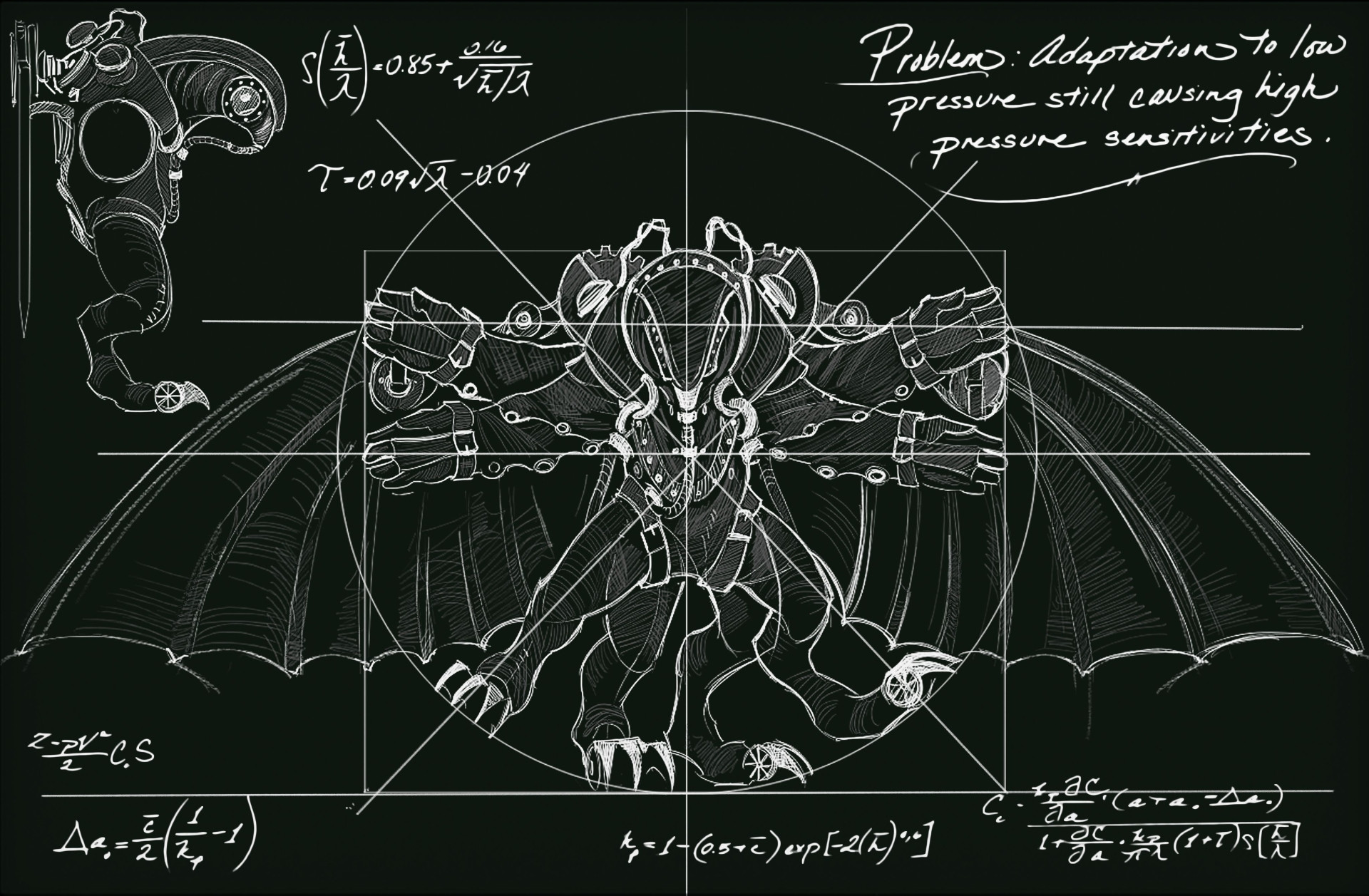 The most passed around theory is that songbird is kyle fitzpatrick from bioshock 1 or, songbird was there atleast, as if you listen close at his death scene you hear the songbirds' squawk and cry's. Ign has a clip on youtube that you can hear it pretty well on.

Here is said clip, you have to listen carefully over the talking of fitzpatrick and the piano, hope this helps :)
share|improve this answer
answered Apr 12 '13 at 21:10

While Songbird is machine, I don't believe he is human in any aspect except the fact that he protects Elizabeth like the Big Daddies. While this is out there, on an unrelated note, A voxophone with Father Comstock in the Good Time Club says a line that caught my attention:

...Or, drown his flock in waters of the ocean.

This means, in my opinion, that

If you notice RIGHT at the very end at 1:25 the sound once again repeats itself. Also many many many times in Bioshock 2 are the exact same sounds.

My conclusion : This was supposed to be Dolphins communicating as ambient noise recycled to become the Songbird

When I was at the point where she says goodbye to the Songbird for the last time (I don't want to spoil it but if I say "Water, water everywhere and not a drop to drink" you'll know what bit I'm on about) I was actually starting to think the game was leading to Booker being the Songbird, just because we found out he was Elizabeth's father and the Songbird protected her the same way a father would.

Also, what the heck was the debt? I thought it was that we were going to have to choose to kill baby Elizabeth and then that was why Booker had to give Comstock the >cough cough< to wipe away the debt of killing a baby version of Elizabeth. If you choose to kill it or even if you didn't then you'd become the Songbird as punishment for handing over the baby to Comstock. I think that would have been a good way to go. Also I think that the A.D. on his hand stood for Anna Dewitt, who I think is the baby version of Elizabeth.

3
In what ways can I replenish “salt”?
22
What was up with the coin flip question?
7
What role does the number “77” play?
5
What exactly do infusions do?
30
Who is the dead man in the lighthouse?
5
What carries between playthroughs and chapter replays?
9
Who was lady Comstock?
15
Why did this NPC think Elizabeth was someone named Annabelle?
4
What's the purpose of the “Songbird Defense System” statues?
6
When was this quote from in Bioshock Infinite?