I'm trying to build a self-contained automated tree farm with redwood trees. The main problem I have is how to replant saplings. So I thought I would use a BuildCraft filler with height 1 to fill in the area with saplings. The problem is that in testing, a filler will only plant a single sapling and never move beyond that: 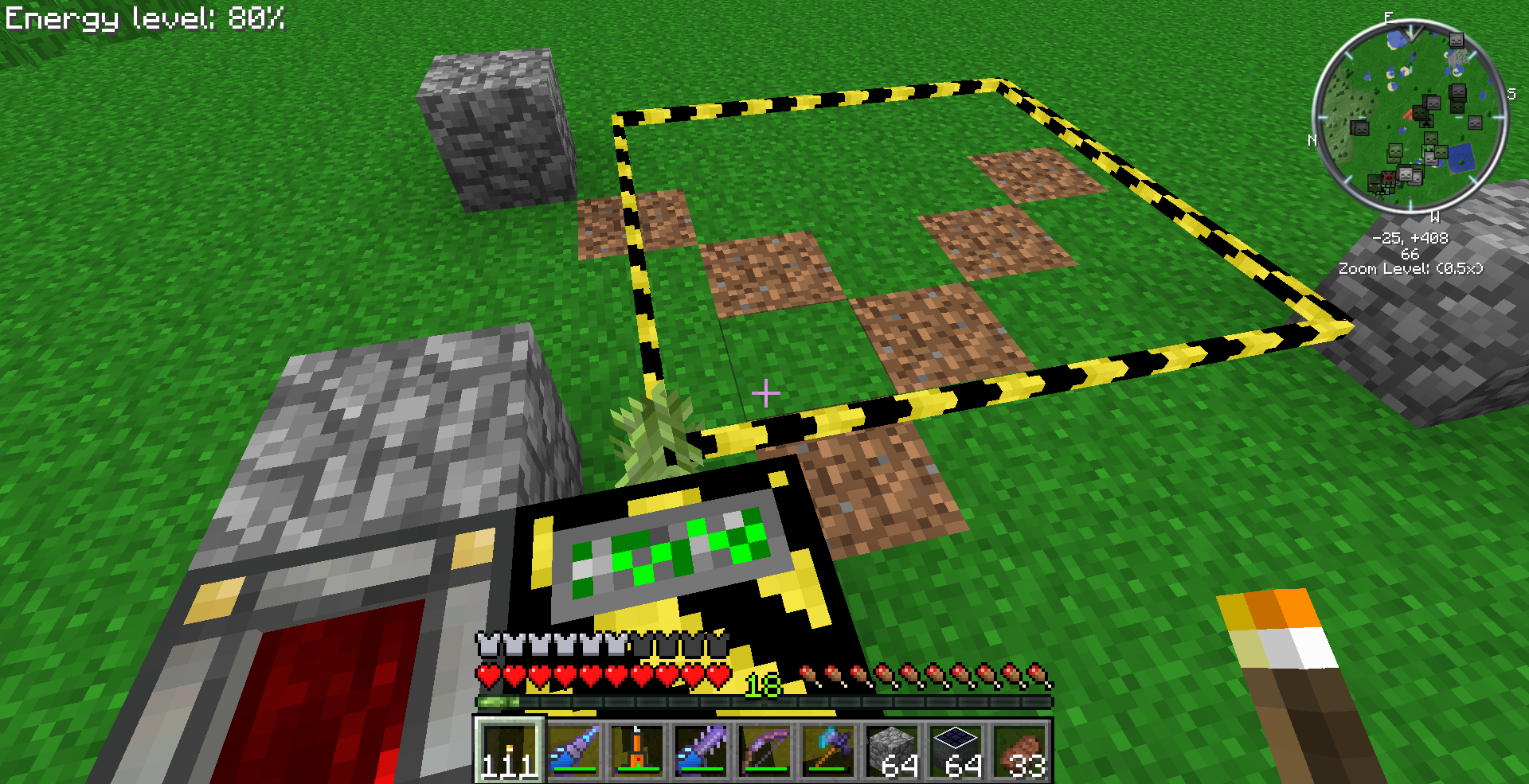 You can see the result in this image. The filler is programmed with nine bricks in fill mode, and powered by a full redstone energy cell. If I take the redwood saplings out of the resource area of the filler and use cobblestone for example, the area is instantly filled up as expected. But then if I use redwood saplings, it stops like the picture above with just a single sapling in the corner.

Is there a way to get this to work, or is there some limitation to a filler that prevents using saplings? Is there another method in Feed-the-Beast to replant saplings over a large area?

As has been pointed out in the comments, you want a

These can be set up such that they require only a regular supply of apatite to keep running indefinitely. Two such farms will produce enough wood to make more than enough charcoal to keep a full size high pressure boiler running full time.

This can be achieved by:

a steve's carts tree farm is probably your best bet for a fully customizable resizable tree farm that grows anything.

the cart assembler will need the following attachments:

the rail system only needs one special thing

that needs to be next to the cargo block setup, its what makes the cart stop/load/unload into the system

you can make the rail system any size you see fit, provide the cart with a few saplings and a handful of coal into the backup engine and leave it to its work.

you might want to set the priorities on the engines just to be sure the coal engine will not burn unless needed.

setting up the cargo manager/distributor is pretty straightforward, go to the steve's cart wikia or watch one of direwolf20's video on it (he's done a few) if you are confused.

I would also like to point out if you DO use redwoods with this system, you WILL have more logs than you know what to do with. My system used normal trees of a 20x20 fully covered (zigzaging tracks) and the ExtraDimensional barrel I had for the logs filled up in a matter of days, even though it was being used to power my max size steam boiler.

This is far from optimal, but I have designed my own farm entirely from scratch using deployers to place the saplings, transposers to pick up fallen saplings, and pneumatic tubes to transfer the saplings into the deployers to keep them supplied. It was relatively simple to setup once I had a prototype working. It's 100% automated and decently efficient:

Above-ground view of Tree Farm. Roughly 50% of plantable area is taken up by equipment. Everything is powered by red-alloy wire, which is fired off by a 30-second timer on the bottom right. The goofy-looking cobblestone sprinkled throughout is to prevent leaves being generated on the second layer, because it will destroy the red-alloy wire (in fact you can see that happened in the tree in the back, so it's not perfect). 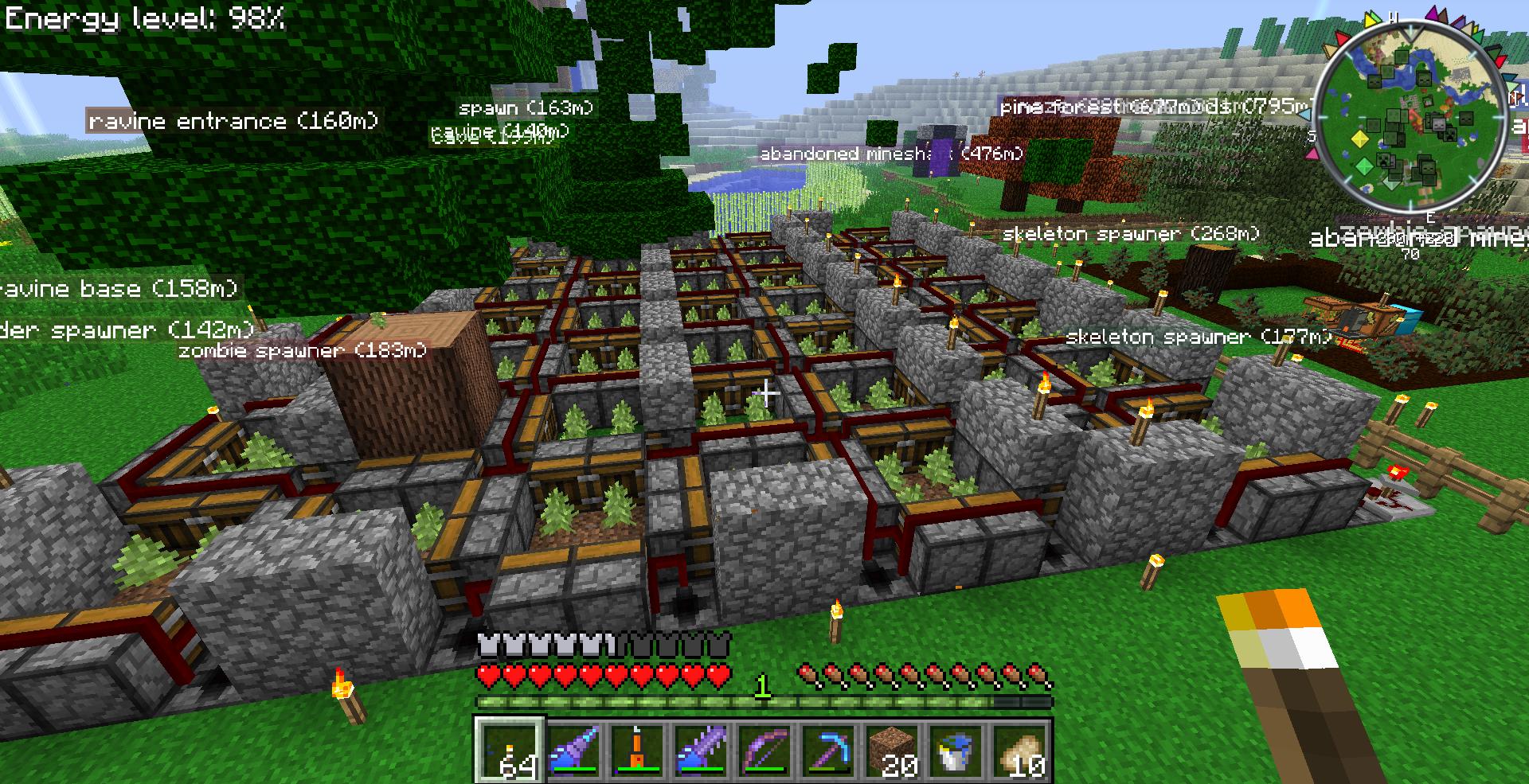 Below-ground view of the Tree Farm. Every transposer feeds into pneumatic tubes that service the nearby deployers. This keeps the deployers consistently supplied because the tubes evenly distribute among the 2-4 deployers next to the transposer. The logger in the middle then cuts down the trees and outputs into an array of barrels. 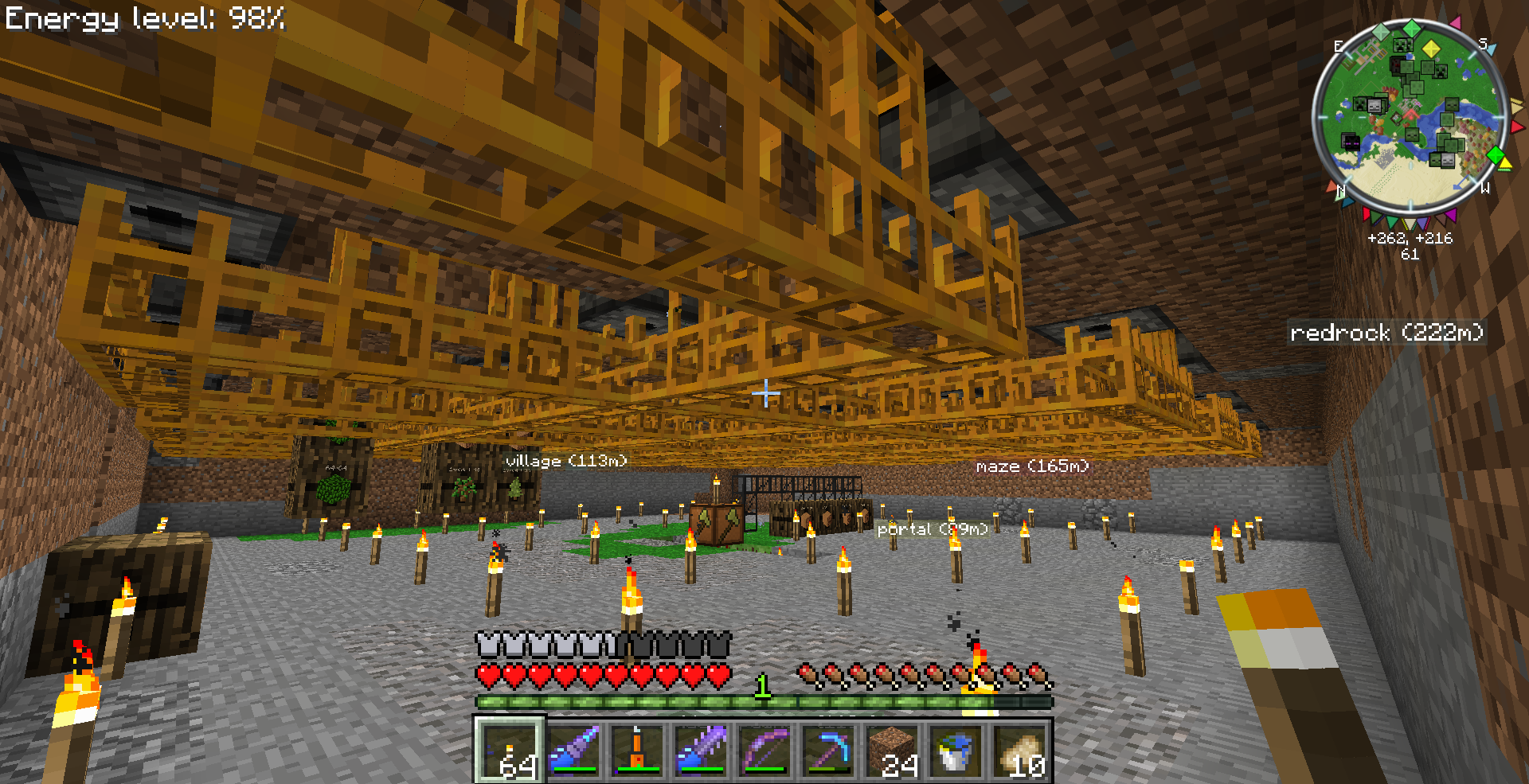 8
Are BuildCraft and IndustrialCraft compatible with each other?
4
Can quarry borders overlap in buildcraft?
0
BC Filler is not working
0
Give filler new waypoints?
1
I have the parts for Filler (Buildcraft), but it won't craft!
1
Is water still infinite with BuildCraft?
2
Building circuits with BuildCraft