How can I tell what glowy-ring buffs the enemy team currently has?

To my knowledge, all the following buffs have identical effects of glowing rings around the players' feet, as shown in this picture: 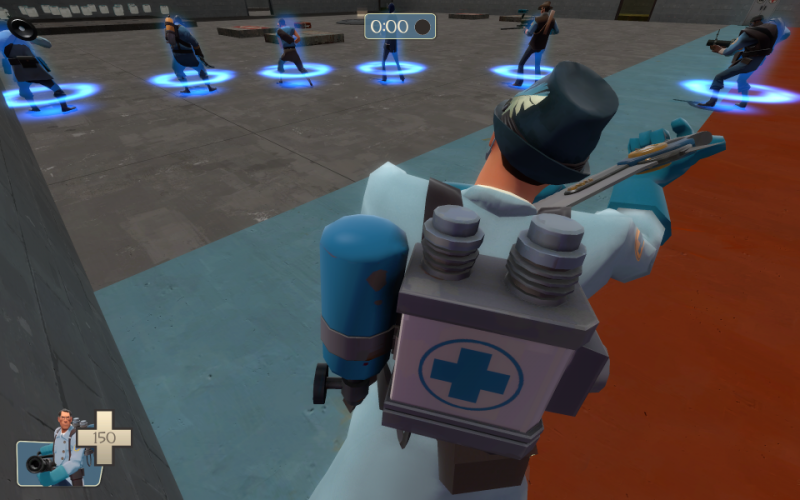 If I could not see the source soldier/medic, what are some tell-tale signs I could easily/instantly recognize their buffs? Additionally, if I saw a buffed soldier coming in from a distance, how can I distinguish what his buff is?

The auras given by the Soldier's banner buffs have these color schemes:

Whereas the auras given by the Medicating Melody or Quick-Fix ÜberCharge are standard red and blue in color respectively.

Telling a Battalion's Backup buff from a Concheror buff is more difficult: if you're looking at the Soldier who deployed the banner, he'll be carrying a different flag; see Retrosaur's answer for what the banners look like. However, if he isn't visible, you won't be able to tell which of the two buffs his teammates have received unless you heard the horn, or until you engage them in battle.

The difference between a Medicating Melody and a Quick-Fix ÜberCharge is that the latter will also shower the Medic and his patient with sprinkling healing crosses, not to mention the presence of a healing beam.

From what I've observed, all auras pulsate at the same frequency.

In addition to other answers here, an easy way to tell which buffs are deployed by Soldiers are the flags that are being deployed. 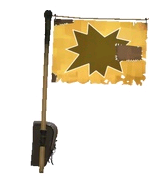 The war flag itself – which is rectangular and colored faded yellow with a brown starbust design and moves realistically – remains hidden in the backpack until it is activated, at which point it will appear on a pole mounted to the pack. 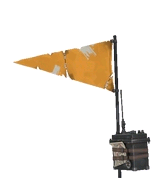 ...a tattered yellow triangular banner, patched up and reattached in the middle, that is displayed when the buff is active

A white, slightly tattered, vertical banner flag with the same diamond insignia secured onto a pair of bamboo sticks appears when the banner call is played.

If your computer has higher graphic settings, and you can see enemies from far away, sometimes the horns are a good giveaway, indicated by either a brass trumpet (Buff Banner), a brown horn (Battalion's Backup), or a white Seashell (Concheror).

Though you must look for different cues, each of them has at least one obvious sign that differentiates them from one other.

Differences between each soldier banner:

Differences between each medic aura:

Not the answer you're looking for? Browse other questions tagged team-fortress-2 tf2-medic tf2-soldier or ask your own question.

3
How can I tell if I have the Team Fortress 2 update that supports Snow Leopard 10.6.4?
44
How can I tell teammates from spies?
4
How to tell if server has all talk turned on?
5
What determines the spawn wait time in Team Fortress 2?
9
How can I tell what level an enemy sentry is without entering its line of fire?
7
How do you air strafe to the right in team fortress 2?
18
What to do during setup as the offensive team?
5
How do I make it so that its me vs. 10 enemy engineers on the blue team?
4
Team Fortress 2: What is the purpose of “Support Points”?