How can I fix bugs that become apparent post release?

I released a game called RAGE - even though the game was released with 0 bugs and broke technology and design records, post release there were a lot of bugs which made the game unplayable. I see the humour in the irony. 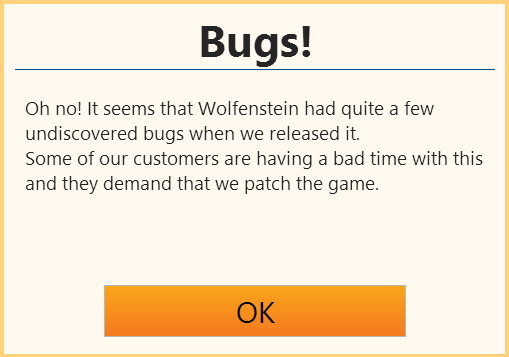 However, while it was suggested that I should fix these bugs, I didn't have an option appear that allowed me to do this, nor did I see any immediately obvious options on any of the menus to begin fixing bugs.

I was already in the process of developing my next game, so I'm unsure if this prevented the options from appearing, but by the time my next game had been finished my fans were disappointed in me.

How can I fix bugs that become apparent post release?

Whenever a bug crops up post-release, you should be able to find an option named Release a Patch with a price following it in parenthesis. This option shows up whenever you right click on any of your characters. It will patch the game and make your fans happy!