Horde progression through the new Azeroth

So, Azeroth got shattered earlier this week.

Before the order of zones by level used to be something like:
Kalimdor: Starting zone, The Barrens, Ashenvale, Thousand Needles
Eastern Kingdoms: Starting zone, Silverpine, Hillsbrad, Alterac / Arathi / Stranglethorn

However, these zones, at least in Kalimdor, no longer connect this way.

What is the expected progression through the zones now?

Note: I'm actually curious all the way up to 60, but I understand the tree gets a lot more complicated if you go that far, as the number of zones of those levels increase.

MMO-Champion has posted this excellent map of the zone flow from 1-85 post-shattering:

A more detailed breakdown can be found at WoWPedia

After completing Thousand Needles or Western Plaguelands, you again have the opportunity to jump paths, and can follow quests through Felwood and Winterspring instead, though you may need to hop back to Silithius and/or Blasted Lands to get the last few levels you need before Outland if you go that route.

Here are some more diagrams, by WoWHead: 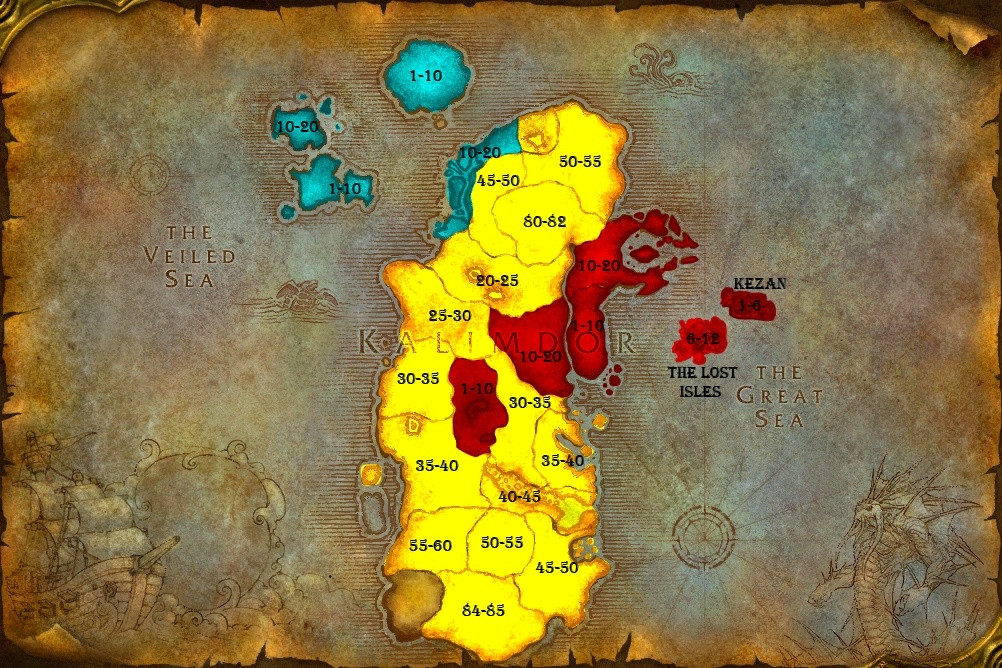 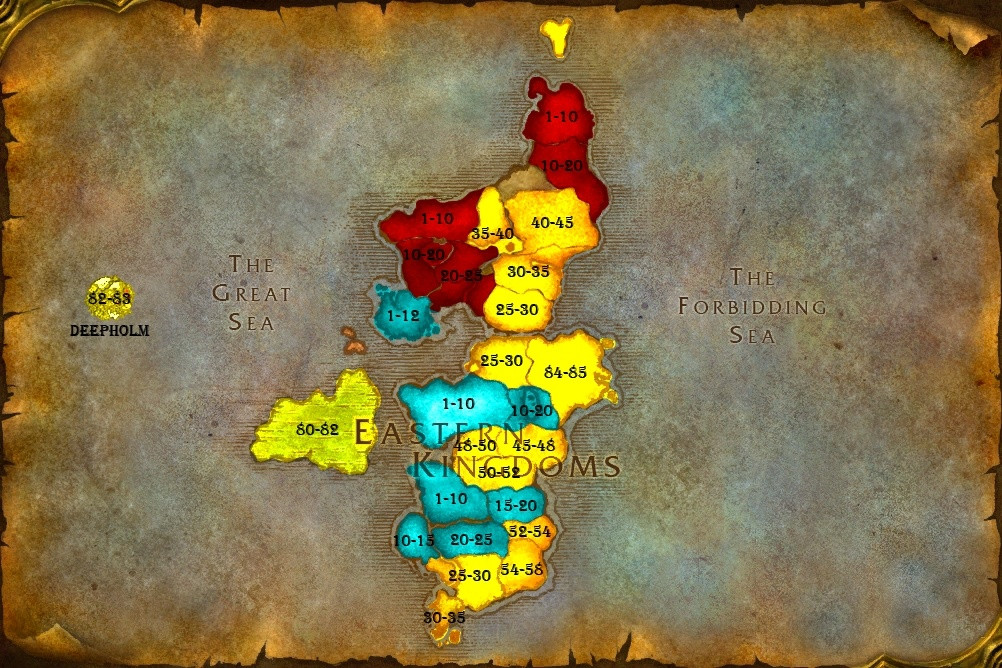 And here as well are some maps done by Project CWAL, featuring zone names as well as levels: 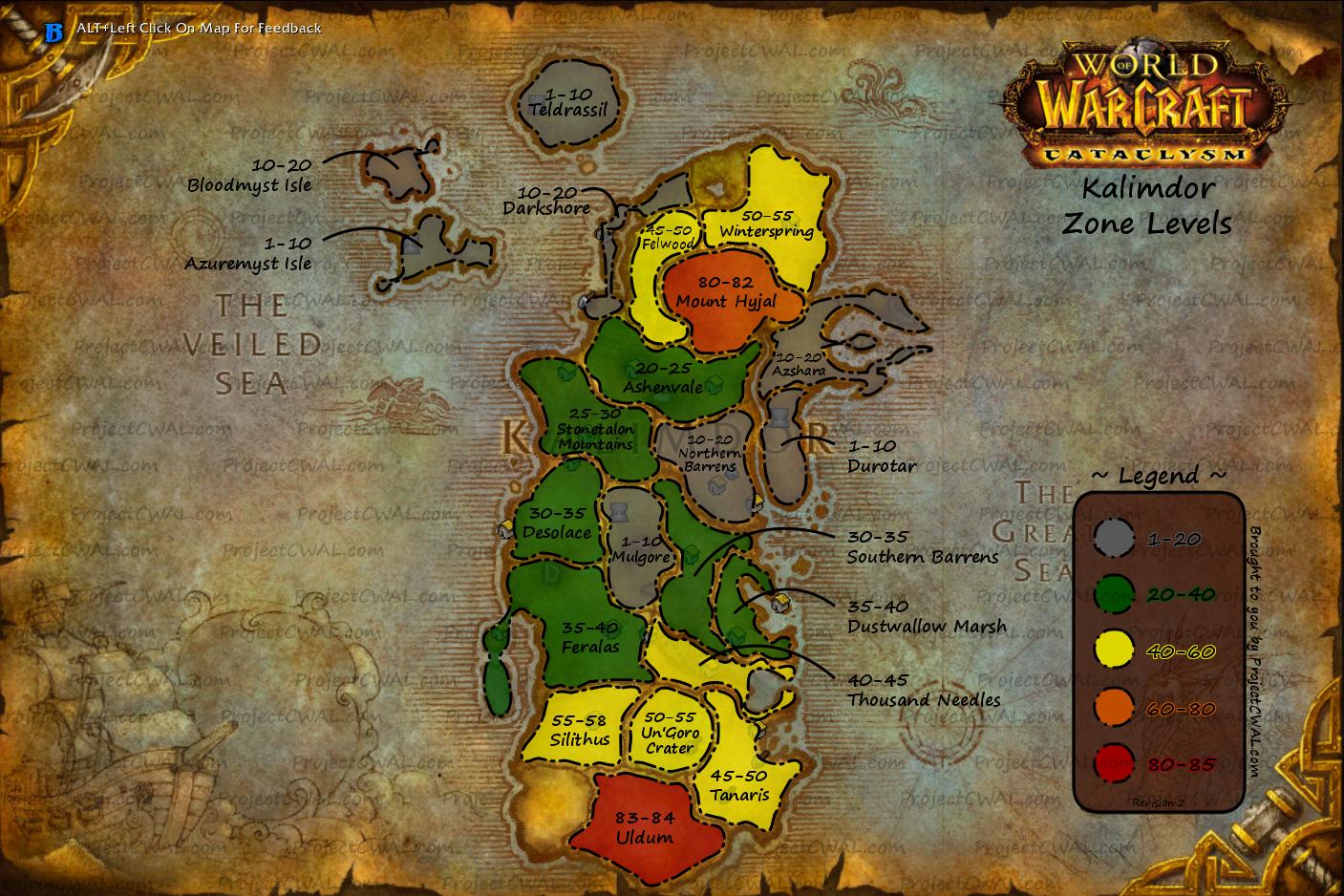 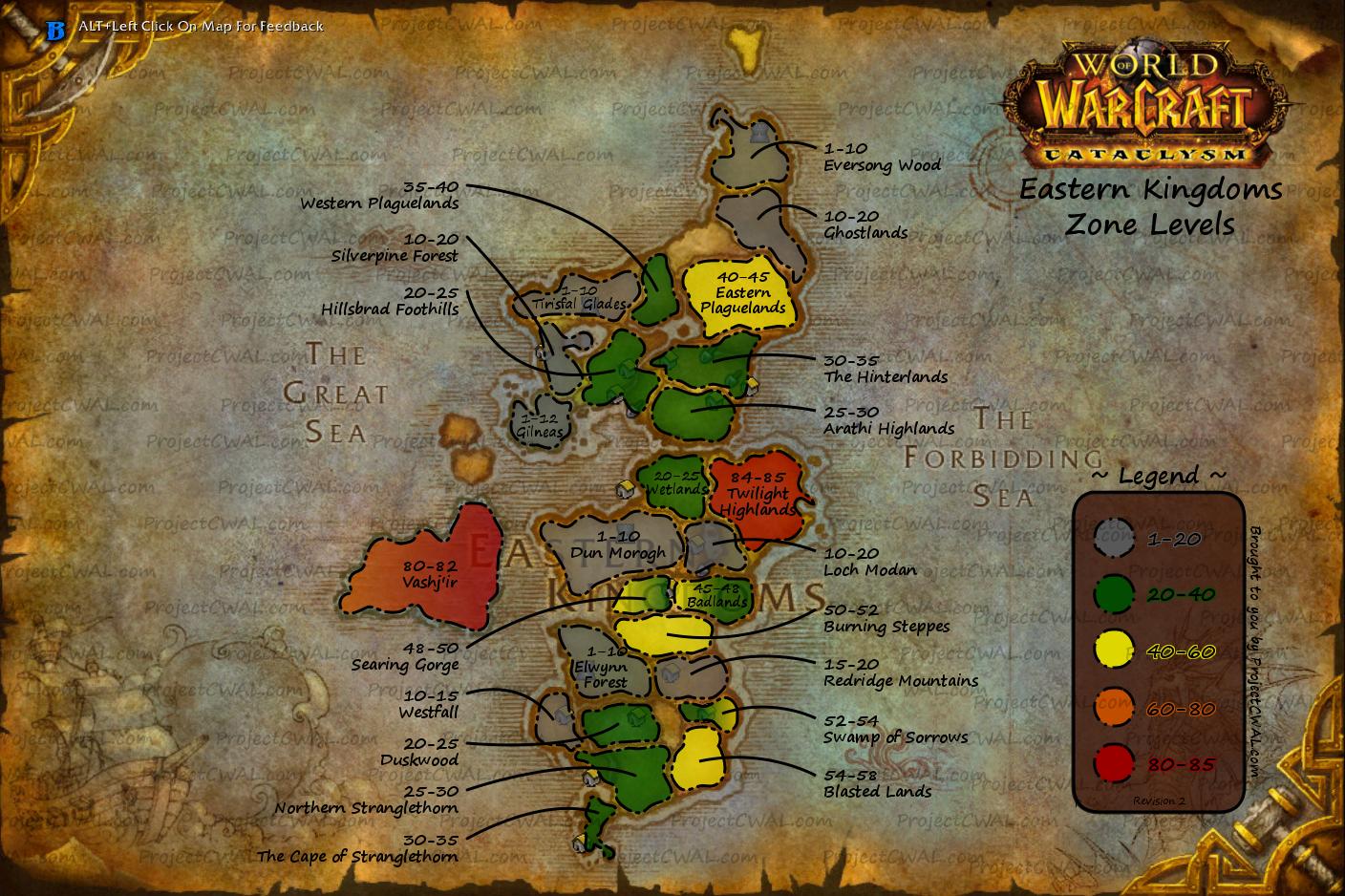 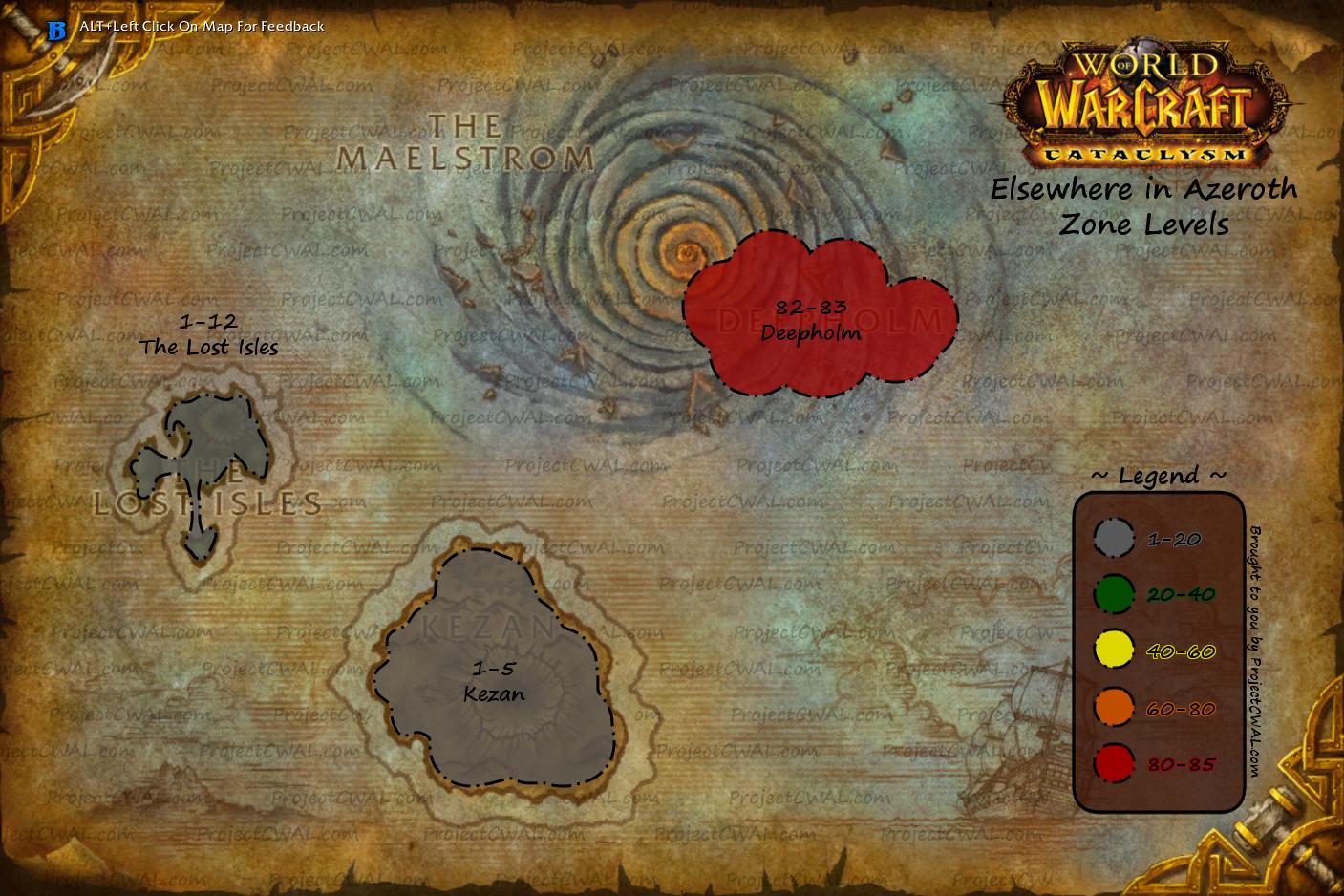 8
What Horde race is better for a priest?
6
What is the Horde capital?
49
Progression through WoW that avoids spiders
6
Fastest way to grind reputation for Horde Expedition
5
HC progression path in MoP
4
Is Kalimdor Horde-Centric?
6
Battle for Azeroth allied race access across multiple accounts
1
Fierce and Cruel Gladiator vendors? World of Warcraft Battle for Azeroth 8.0.1
6
How does the Heart Of Azeroth azerite reduction work?