Whenever I scout a build that has potential for airborne harassment (e.g. Banshee, Muta, Oracle) my reaction is to build missile turrets to defend the mineral line, however all too often my opponent manages to find a spot where they can still get free shots at my workers. (I generally place my turrets beind the mineral line)

How should I place missile turrets to properly defend against airborne harassment?

I will always recommend placing the Turret inside your mineral line - for several reasons.

EDIT:
There is usually a gap between your minerals somewhere in the middle. That is where you would want to place your turret, as it would still protect the entire mineral line and it does not obstruct the workers that much.

EDIT: I added two pitctures from WCS EU showing players placing turrets inside thier mine lines. Like explained, it is the best position. 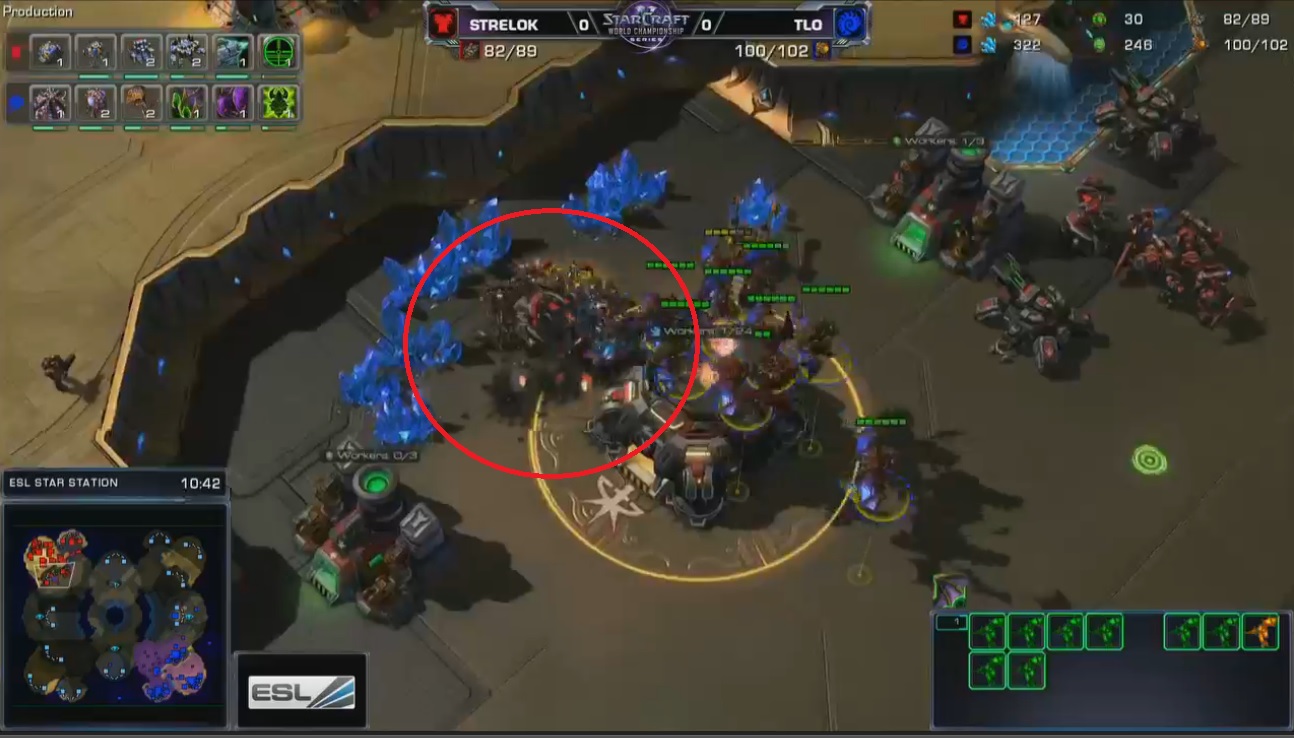 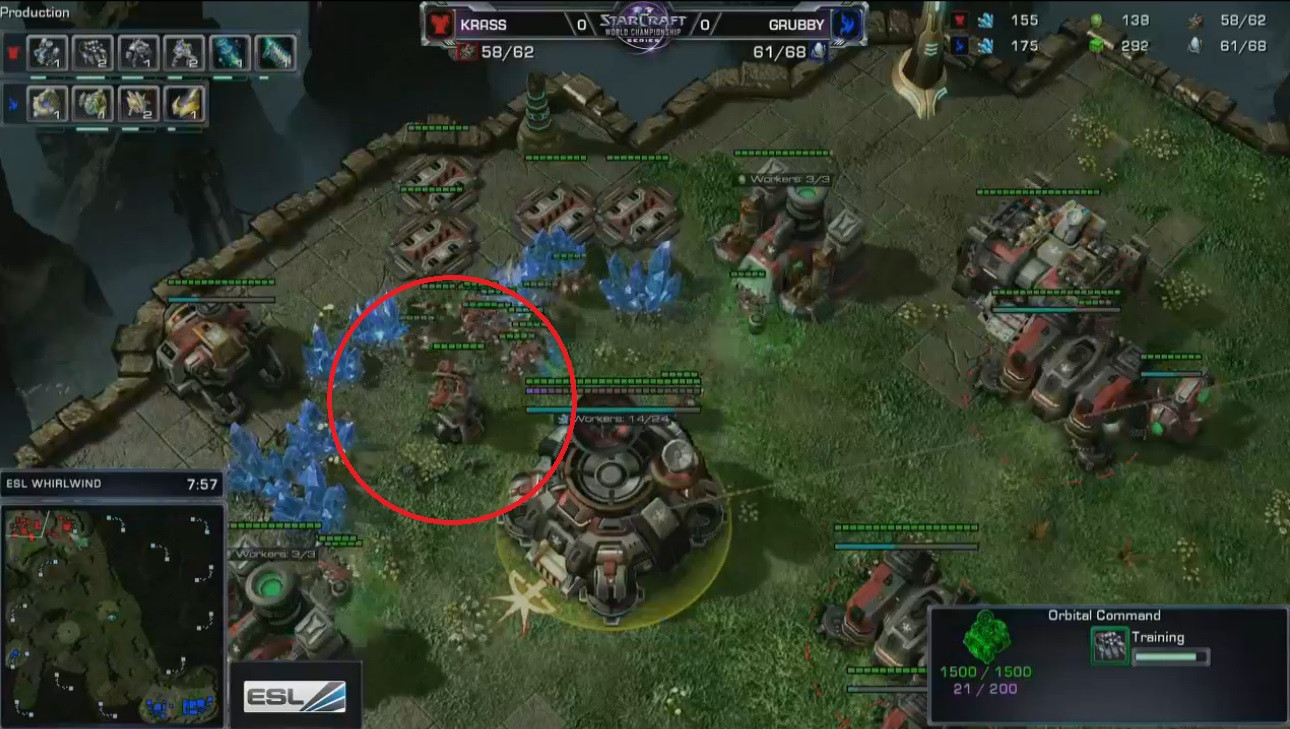 On the Team Liquid forum, there was some research done about this. The research was done in 2010 for Wings of Liberty, but should still be mostly valid.

User Fork posted some replays with math in this thread, and came to these conclusions:

Also, here is another thread (also from 2010) which backs up point #1: Even up to 3 buildings placed next to a Nexus had minimal effect on gathering rate (!50 minerals/minute, about the cost of one worker).

6
StarCraft2: maps for placement matches
5
Is it possible to redo placement?
7
TvZ: how to handle quick zerg transitions?
6
Will I keep my league placement if I don't play any more than the five placement games?
1
Why so little reaper cheese in top-tier SC2 games?