How do you maximize the coverage of habitable areas?

Swamp and forest tiles require a nearby source of water. It seems that creating a larger ocean than the range of the Ocean Giant's ability can extend the number of hydrated tiles next to the ocean.

Desert tiles require a mountain to be nearby (there doesn't even need to be a source of water on the planet). I haven't noticed an increased number of desert tiles due to having a larger mountain.

You can also create a large Desert, Forest, or Swamp region by placing two oceans/mountains far enough away from each other to not overlap.

What is the best way to create a large unbroken habitable region, and how many tiles will that region cover? 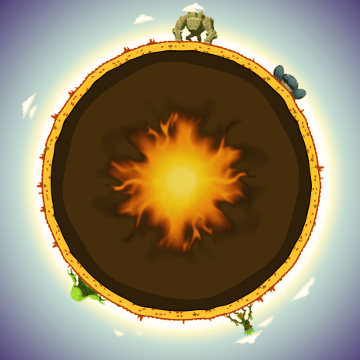 Deserts don't need mountains to exist. After a mountain has been created it can be leveled with The Ocean Giant and the desert will remain. This way you can cover the whole planet in one big desert. 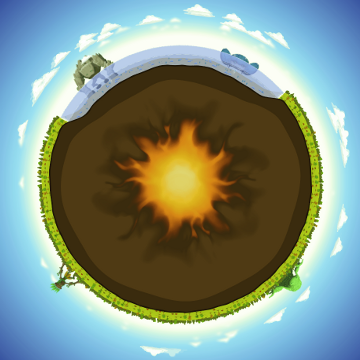 Forests and swamps has to be placed on hydrated land. The default ocean of 9 patches will hydrate 13 patches of land on either side of the ocean. Bigger oceans hydrates more patches. The formula is: 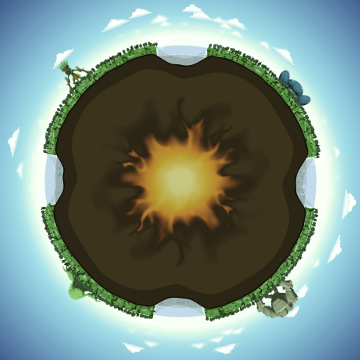 The smallest I have been able to make an ocean is 6 patches. If we want to maximize the number of hydrated patches on the planet we could use four oceans of 6 patches each which will hydrate 80 patches (of which we lose 4 patches from overlap). But this area would not be unbroken.

Another interesting option is two oceans of 14 patches each which will hydrate the rest of the planet (72 patches) with no overlap.

All this is based on a planet with 100 patches which is currently the only one in the game.

Not the answer you're looking for? Browse other questions tagged reus or ask your own question.

3
How do I get a Potent Aspect?
13
How does village border growth work in Reus?
5
What is the best way to start out?
2
Is there no timer that shows when the era ends?
3
How do you get food to a desert village?
3
How can I get a village to stop chasing my giants?
5
How do I remove a natural resource on a tile?
3
Are developments considered at the end or during the whole game?
4
How to unlock a plant, animal or mineral