If I give city services vehicles to other city, are those vehicles off duty in my town? Do they know when they are needed or I need to call them manually? How efficient is this?

In all my cities citizens have same complaints, "there are too many injuries". In a small city, I have a clinic and a hospital with around 10 ambulances. When I pop the health map, I see maybe one-two injuries with nine injuries per day, and zero fatal cases :/ How do I prevent this?

Why don't citizens from city 2 want to do their shopping in city one?

Both are connected by roads (highway and coach stations), rail(one station in each city) and city 1 sells less cargo than it can for all types of citizens:/ Only a very small fraction travel there, the rest is just frustrated by the lack of shops and leave the city :/ How do I force them to travel more? 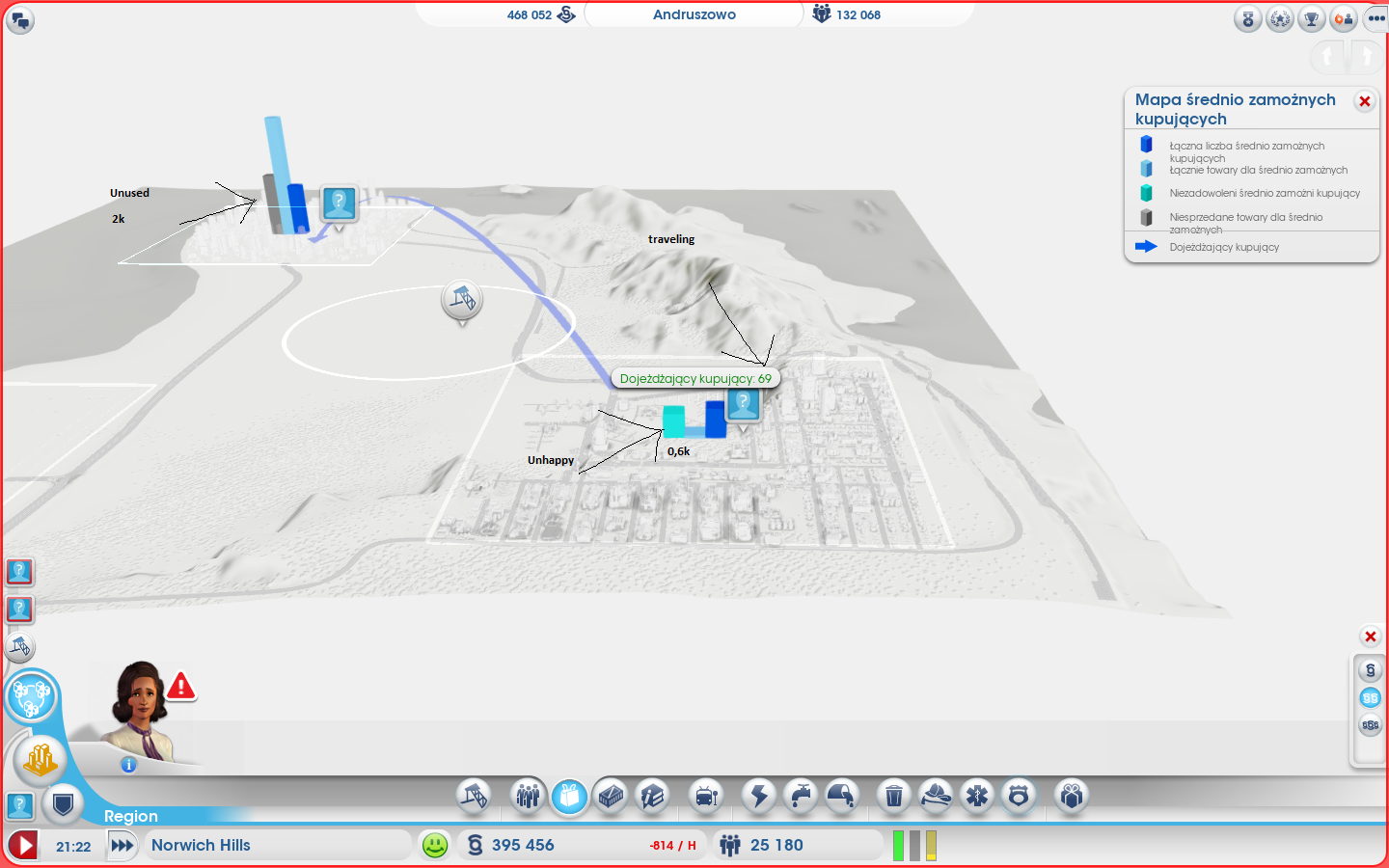 Is it only students attending grade schools that don't travel across cities? If I have a university in my region and not a community college, will my other cities reach the third tech rank?

When I choose the garbage tab, it provides information about how much garbage was collected today. Even with 10 trucks in a 25k city, barely half are collected :/. On the other hand, I didn't notice any truck traffic, and when I opened the map I saw this: 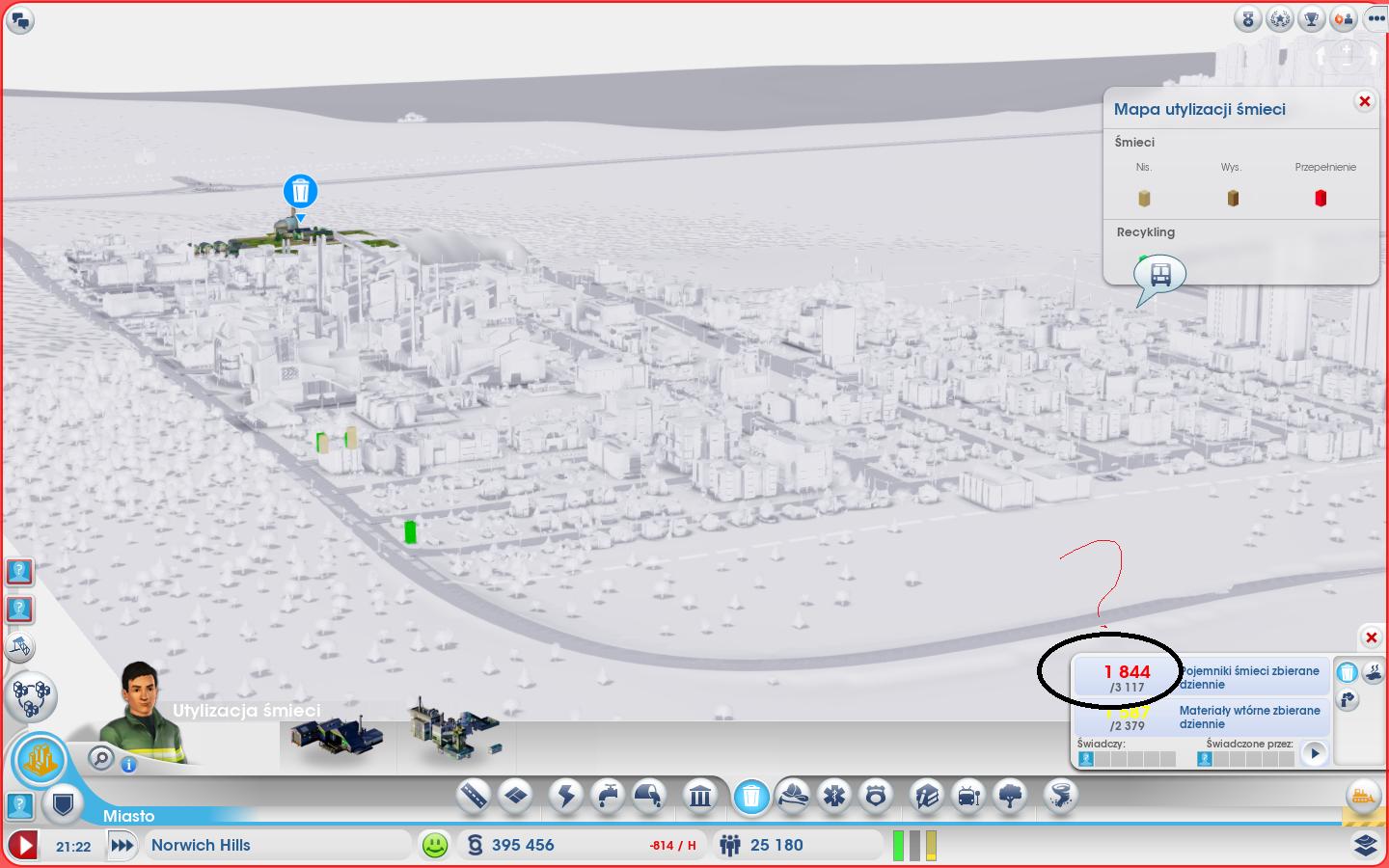 Do those vehicles are off duty in my town? Do they know when they are needed or I need to call them manually?

Vehicles assigned to other cities will migrate between your city and their city. They still spend most of their time in your city. You do not need to manually call them.

Only in that the response vehicles can arrive on the scene faster.

Why citizens from city two don't want to do theirs shopping in city one?

So - play your shopping city and make sure there are unsold goods. Then exit the game, causing the shopping city to save to server. Then load the shopper city and wait for the local view of the region data to update (could take ~10 minutes). After that point, your shoppers should be migrating between cities.

If I have university in my region and no community college, will my other cities reach 3rd tech rank?

As of Update 4.0, students claim to migrate in the population details but do not. Tech points -do- migrate, and they lose their tech level-iness on migrating.

So - I had 1 city with a community college and no tech point consumers. It generates x tech points per day. I exit that city, reload the game and open a connected city. Those x tech points show up each day and promote the local industry to tech level 3 (only tech 2 should have been possible).

garbage tab, barely half is collected

The top number is the garbage collected by your trucks and should be used to make sure you have sufficient garbage processing to keep up (landfills and incinerators). The bottom number is the garbage generated daily. If there is no garbage in the garbage map, but there is a difference between these numbers, the most likely reason is that regional trucks have picked that garbage up. Regional trucks haul garbage out of the city, not to your dump - you do not need garbage processing to handle what those trucks pick up.

So - no garbage on the garbage map = all garbage collected, regardless of the x/y summary numbers. Your sims should be happy about that.

2
How to sell services to other cities in SimCity 5?

8
How do you trade commodities between cities?
6
If you volunteer recycling trucks to another city, does your city have to process the recyclables?
6
If police from another city apprehend a criminal in your city, where is that criminal rehabilitated?
4
How is commuting calculated?
6
Advantages to plopping emergency services on an isolated road?
9
Can't get rid of garbage in a dense city
4
Do cities under computer simulation continue building great projects?
5
What is the difference between visitors and tourists?