How do I get the end of the world?

I sometimes like to make a game in which I create a new non-superflat world, I play in it in creative, and explore.

But, I have never gotten to the end of the world. How can you get there?

And is it easy?

In older versions of Minecraft there was an edge of the map called the Far Lands. However, since Beta 1.8, the Far Lands act a bit differently:

In [Beta] 1.8, instead of the Far Lands starting to generate at 12,550,820 meters from the center of the map, the playable area abruptly ends at 30,000,000 meters, and fake chunks (they are not solid, they can be fallen through) start generating. A sure sign that one has reached the edge of the map is that lighting no longer works past the 30,000,000th mark. Versions between Alpha 1.2.0 (Halloween Update) and Beta 1.7.3 rendered fake chunks outside of a limit of 32,000,000 meters; attempting to walk onto them would cause the player to die in the Void. From the beginning of Infdev all the way to the Halloween Update, the world abruptly ended at 32,000,000 meters, and leaving the boundary caused you to be trapped rather than die.

To get to the 'Far Lands' you can follow the instructions in the Minecraft Wikia. However, as it says in the first sentence there is no easy way to get to the edge without using commands or external programs (Though there is a long running series that attempts to walk to the Far Lands, he is currently on episode 255). It is also prone to make your Minecraft crash so try it at your own risk.

Getting to the Far Lands without the use of an external program was a very difficult (or at least time consuming) task, as walking to there from the center of the map would have taken approximately 820 hours (or 34 days). Instead, a level.dat editor could be used to teleport the player there.

The boundary between the normal map and the Far Lands (defined by when the map started generating the distorted terrain) occurred at X/Z of Â±12,550,821.

At X/Z of Â±1.798*10308, the position of the player, represented by a double-precision floating point number, would overflow to 'infinity', causing a complete breakdown of arithmetic. Even at far smaller coordinates, the limited precision would cause errors in calculations. For example, at 1016, xPosition + 1 is equal to xPosition.

Using Single Player Commands, it is very easy to get to the Far Lands using teleportation. After pressing the chat key (default "T") to open up the console-like input window, using the "teleport" command (or its abbreviation, "tp") followed by X, Y, and Z coordinates will allow the player to go wherever they want. In Release 1.3, you can turn on cheats to teleport. For example:

Unfortunately, there was severe lag, and slower computers used to crash upon this teleportation. Opening a GUI helped the Far Lands render much, much faster. You can do this by pausing (pressing Escape) or opening the Single Player Commands prompt again. When you venture out farther above and into the far lands, the probability increases that a "bad chunk" will appear. A bad chunk is a chunk filled with terribly corrupt data, and is the cause of sudden lag spikes that can easily make Minecraft crash.

Here is a question related to the Far Lands

Unfortunately, most of these answers are outdated, so here's one from 1.8. 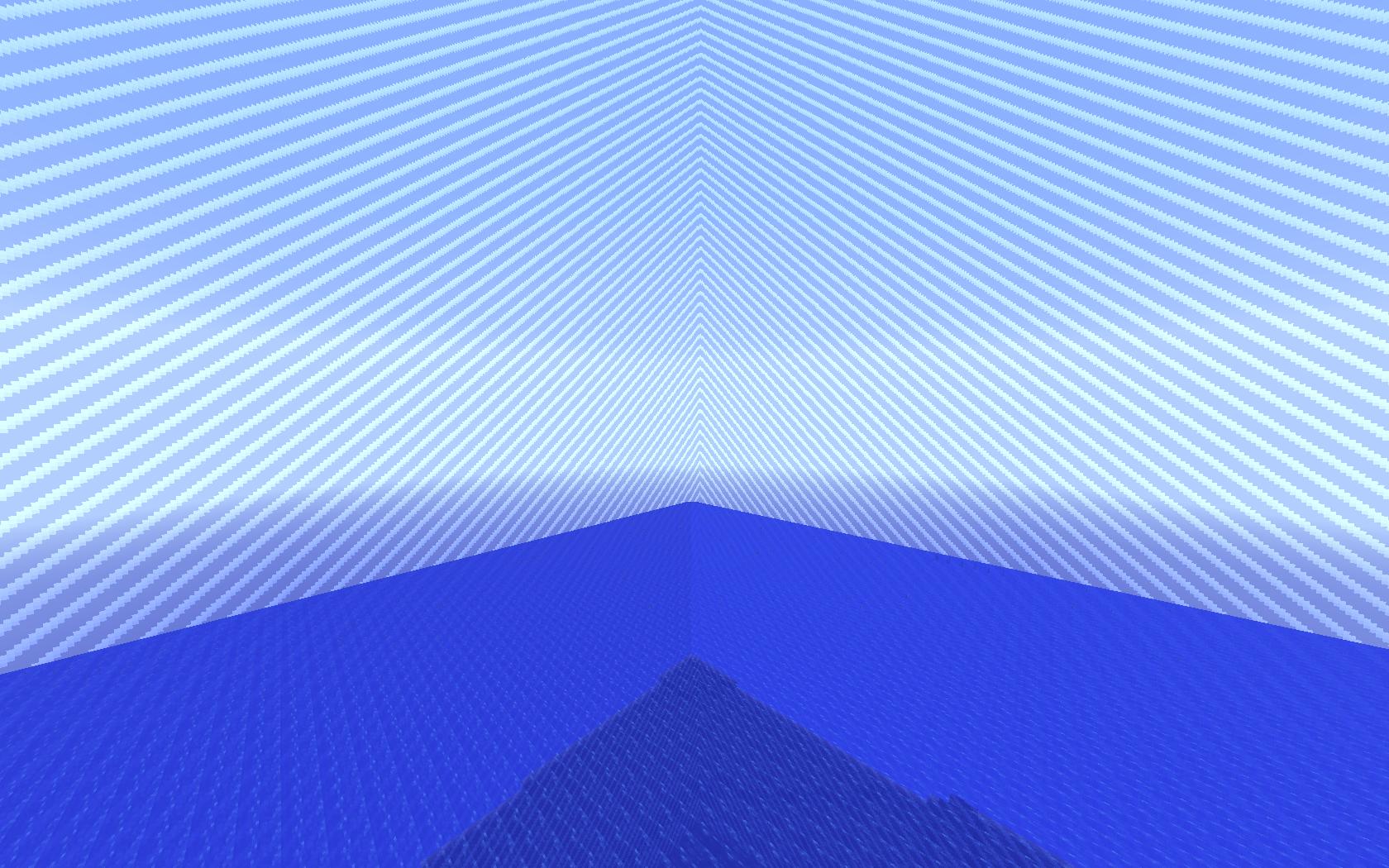 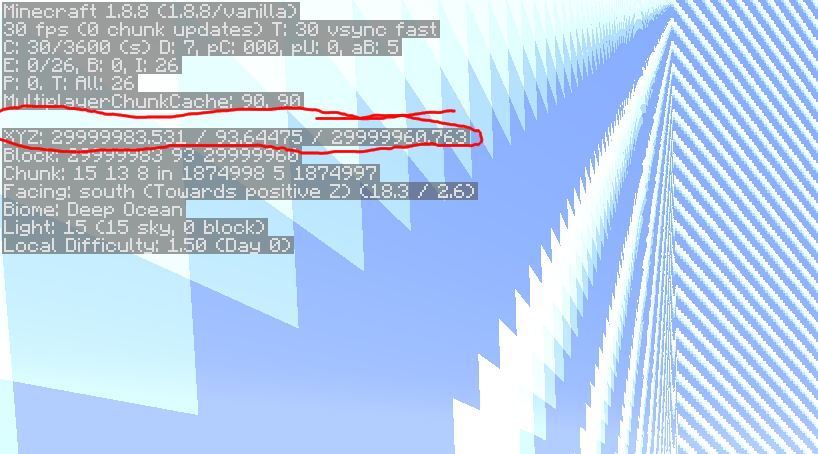 If you end up teleporting outside, you can fly back. There isn't much to do here. If you want to fall out of the world, You can't. Sorry, but another, invisible, world border greets you. Unfortunately, if you were to teleport outside, that would be the limit to how far you can teleport. You would just get an error message and a dilemma. 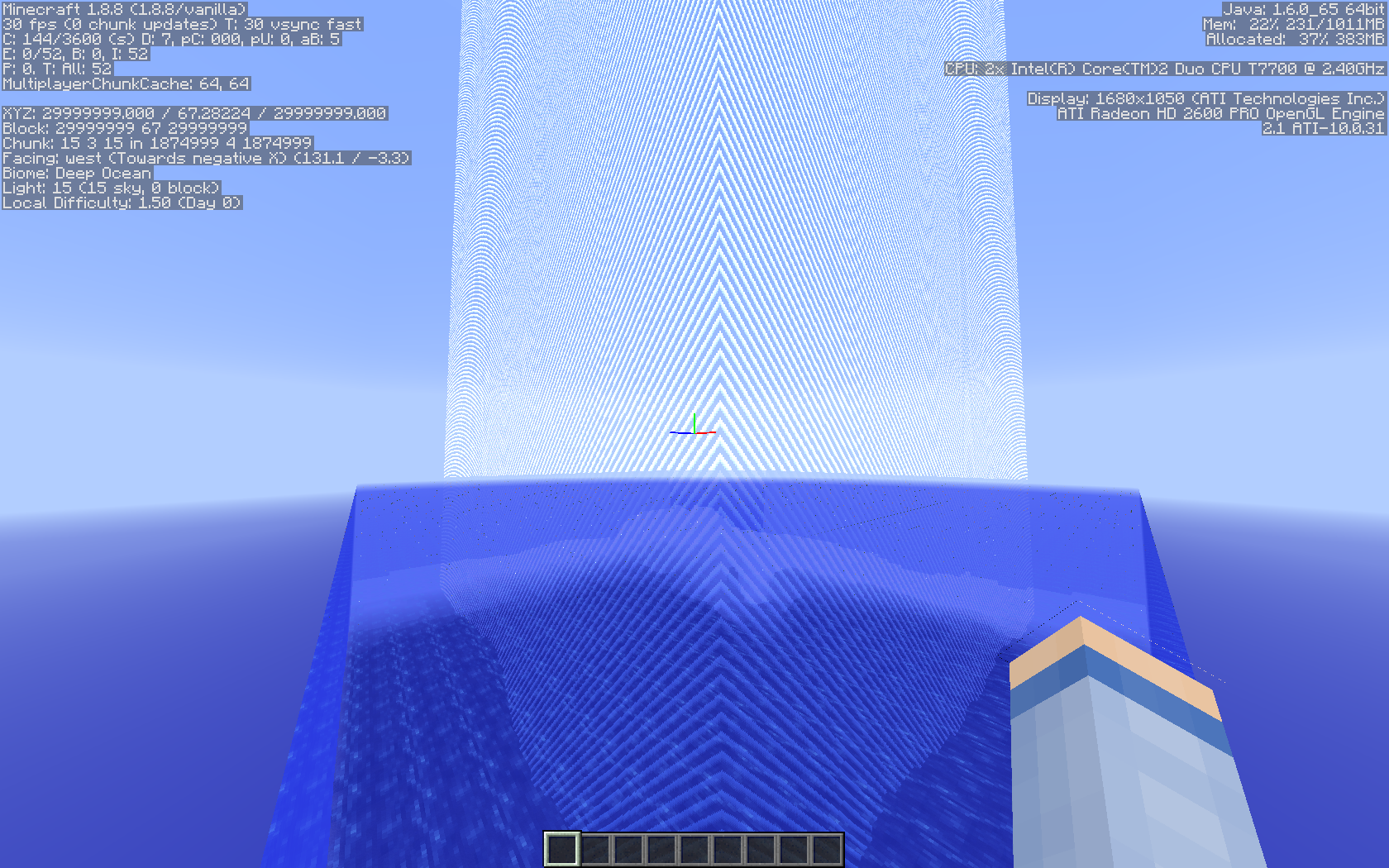 Other than curiosity, there is no real reason to be here. Because of the dangers of players breaking the world border, you can place blocks, but not break them. 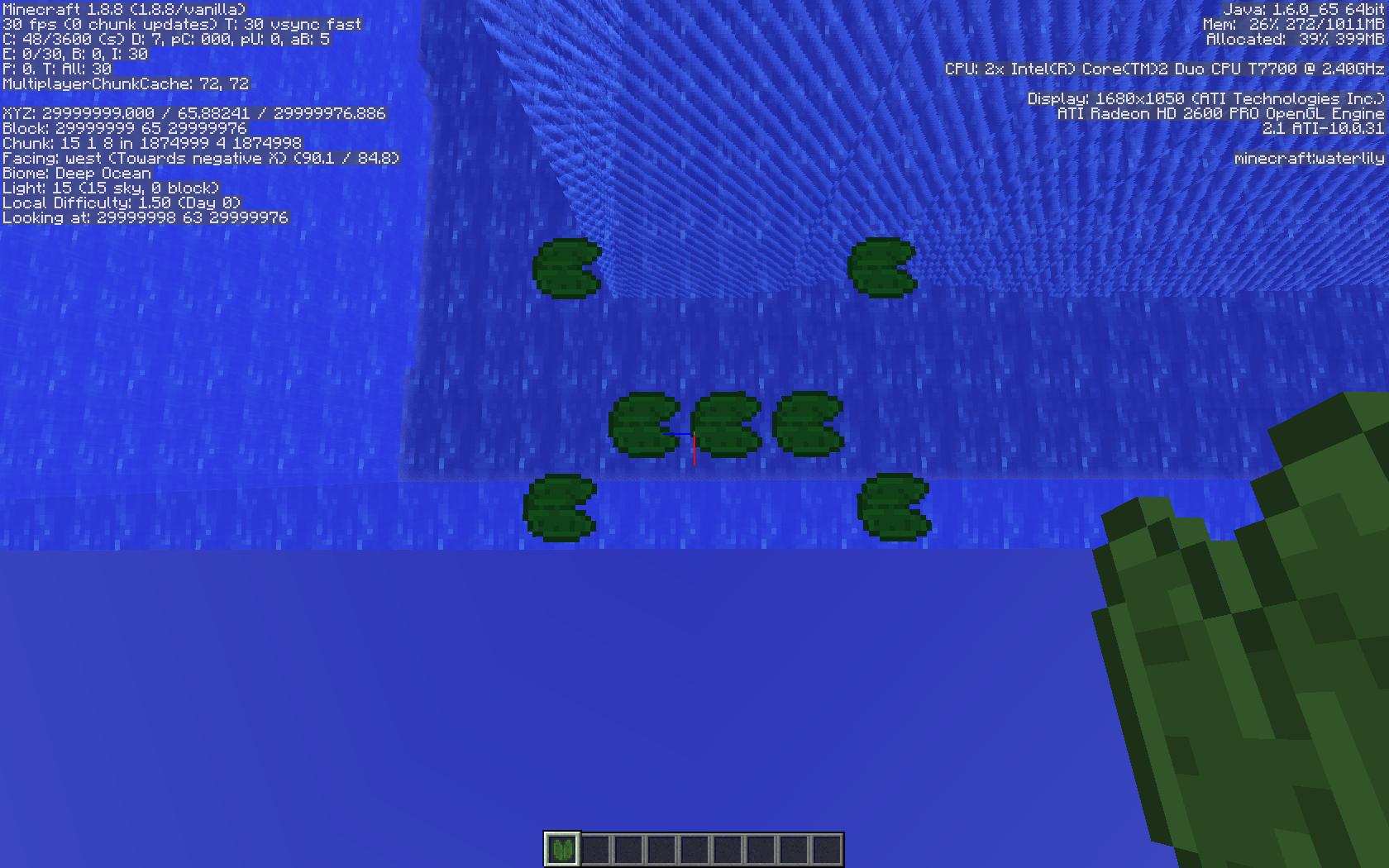 I've called it the Unknown since it is very creepy. In PE you want Pocketinveditor and Select a world, tap Edit World Terrain, and Tap Move Player. Now Type for X and Y: 12550745 and Z: 90.

Tap OK, tap the back button on your Tablet or Phone, Exit, Get on Minecraft, Select the world you edited, and you should be flying since if you fall, you die. That Far land, WHOA! Even creepier than PC!

It is in fact possible to teleport past the second, invisible border. Just put this in once you're at it:

The problem is, you can't move, you can't hold blocks right, and your character is invisible. You'll still die in survival but if you switch to creative before you die, you get a cool little shaky camera. It's pretty fun.

Then you're on fake chunks and water everywhere is dirt

If you're playing as a guest offline try

83
What happens when you reach the edge of the world?

5
Play the same saved world around the (real) world seamlessly
8
Is it possible to convert the type of a Minecraft world?
2
How do I get to the Far Lands without my dual-core crashing?
6
Customize an empty world (layers, mob, villages…)
6
How can I build on an infinite sea?
2
How to generate double tallgrass in Minecraft superflat world?
3
In Creative mode, do you have to find an End portal to get to the End?
0
Having trouble with world preset in minecraft 1.15.2
2
how to change the world directory in a minecraft server?