How do I turn on peaceful mode?

The 0.7.0 update for Minecraft Pocket Edition just came out a half hour ago. But after I went through the options, I didn't find peaceful mode. So can somebody please tell me what happened to it and how to turn it off and on?

For some reason, this has been changed to a slider with only two settings. You can see the slider in the Options menu, labeled "Difficulty": 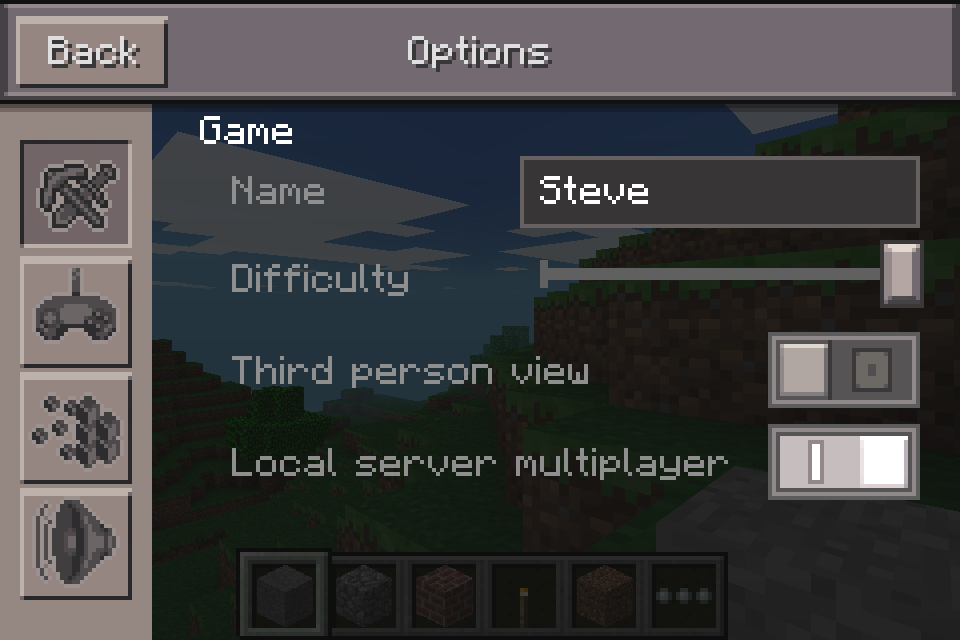 There's no visual feedback as to what difficulty setting the slider's two positions are, which is a UI fail on Mojang's part. But seeing as this is the first Alpha release with these new menus, it will probably improve.

4
What's a nether reactor?
4
How do you hide usernames in Minecraft:PE?
1
Trouble with multiplayer on Minecraft PE 0.12.1
2
How do I tame and ride the undead horses?