Does Skyrim: Legendary Edition have anything except the old DLC?

I understand that Skyrim: Legendary Edition will have all the DLC that has been previously released however will there be any other extras?

Box art (unrelated, but it helps): 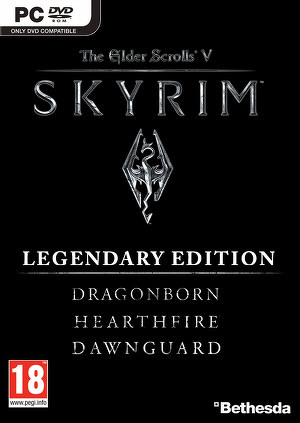 No. It is simply a compilation pack.

The additional difficulty level and removal of level cap were added to vanilla Skyrim in a patch (patch 1.9), according to the Elder Scrolls Wiki (which links to the official blog as a source)

Additional quote from the Bethesda Blog:

Coming to Xbox 360, PlayStation 3, and PC on June 4th for $59.99 (European territories will see its release on June 7th), this package includes the most up-to-date version of the original game (employing the 1.9 title update),as well as the game’s three add-ons: Dawnguard, Hearthfire, and Dragonborn.

Info from the Bethesda Blog about update 1.9 (note that it states PS3 and Xbox, but the patch was released for PC before the consoles. The console one is unchanged except for specific bug fixes):

Legendary Skills – Skills of 100 can be made Legendary. This will reset the skill to 15, return its Perks and allow the skill to affect leveling again. This effectively removes the overall level cap.

According to the official website, the Legendary edition contains the following:

The Legendary Edition includes the original critically-acclaimed game, official add-ons – Dawnguard™, Hearthfire™, and Dragonborn™ – and added features like combat cameras, mounted combat, Legendary difficulty mode for hardcore players, and Legendary skills – enabling you to master every perk and level up your skills infinitely.

2
Is the DLC physically included with the Legendary Edition of Skyrim, or is it just a code?
7
Buying Skyrim Legendary Edition while already having Skyrim
6
Can I play my original Skyrim save games on the legendary version?
16
Are there any different quests in Skyrim, Special Edition?
4
Is it possible to do a clean reinstall of Skyrim (non-Special Edition) via Steam with DLC?