How is your Streetpass Record displayed if the receiving party doesn't have the appropriate DLC?

I went to a Nintendo event this week and received a number of tags for NSMB2. Remarkably, when I went to review "StreetPass Records" under the Coin Rush menu, every challenger was set to the Mushroom Pack. This seemed to be an odd coincidence, and further got me to wondering about the various DLCs released for NSMB2.

Suppose two users StreetPass. User One has the "Gold Classics" DLC pack and has their StreetPass record set to that pack. User Two does not have this DLC. What does User Two see when they attempt to challenge User One's record? Does it default to the Mushroom Pack, or is that still displayed in some sort of locked state?

I have gotten a StreetPass for a course pack that I don't have. Here's what it looks like: 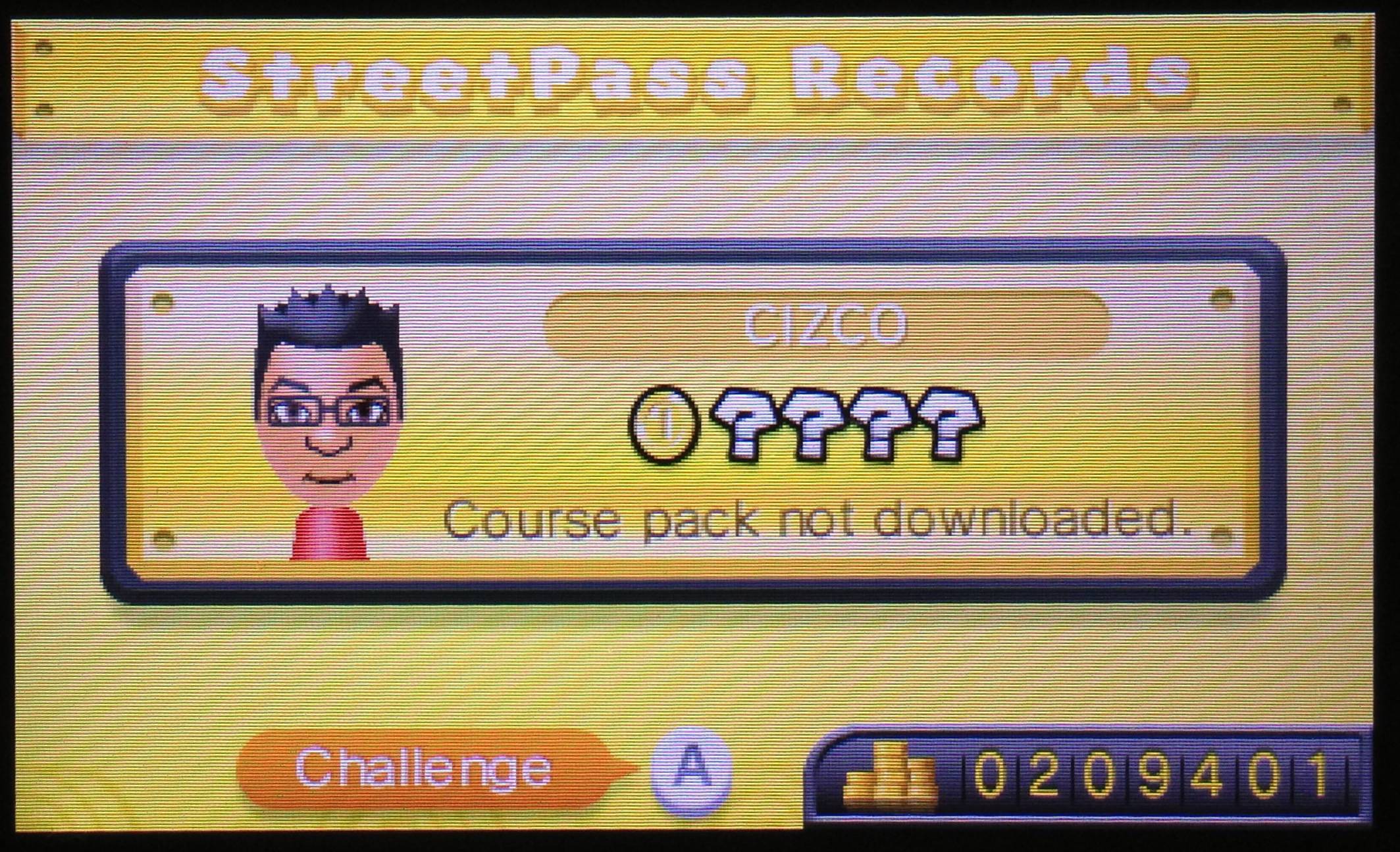 It's locked, just like those records which contain levels that I haven't beat yet. It displays the normal ???? for coins, and says Course pack not downloaded instead of where it normally says the course pack name. If I press "A" to challenge that record, I get an error which says:

You can't challenge this record because you don't have the required downloadable course pack.

Not seeing any new records is probably a function of which course packs were free vs. DLC. The Mushroom, Flower and Star packs are free - so everyone can have those if they play far enough into the game. For a time, players could download the Gold Classics pack for free. So all of those packs are probably pretty common.

Not the answer you're looking for? Browse other questions tagged streetpass new-super-mario-bros-2 or ask your own question.