Save a Custom Deck

I've been playing the secret world in a casual manner for quite a while but I never thought to explore the "Decks" feature until the previous weekend, up until that point I simply chose whichever actives and passives I thought looked interesting or useful; the result of which is illustrated in the following screenshot. 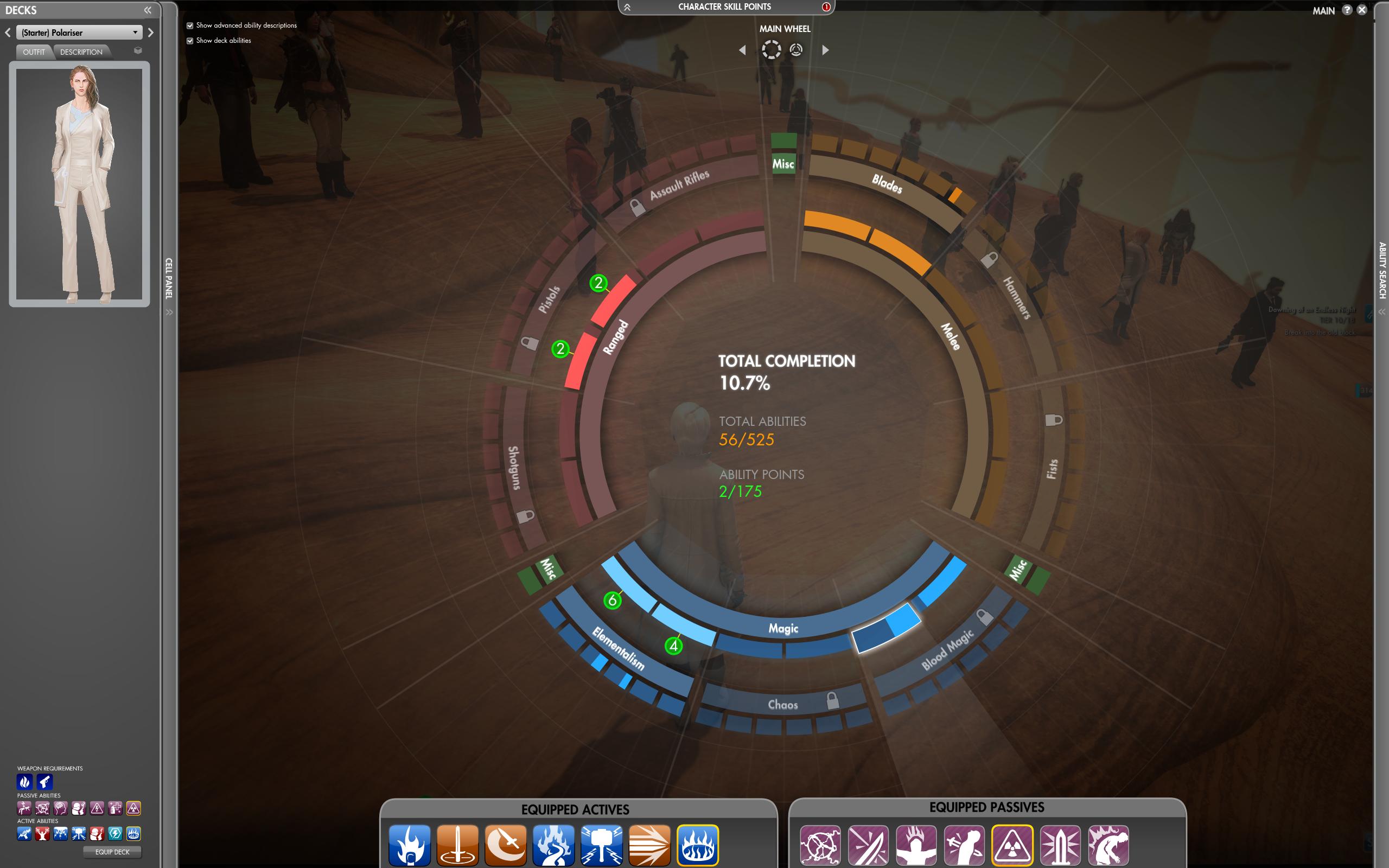 I have two other characters and I have managed to try out two of the starter decks on those, and by coincidence my first (I suppose main) character happens to have the abilities required for the "Polariser" starter deck.

In the screenshot there is a button in the bottom left labeled "Equip Deck" this button will take all the active and passive abilities for that deck and assign them to my character. I haven't pressed it for this character as yet, because I first want to find out if there is a way to save my ability choices so that I can re assign them later.

So my question is, how can I save a custom deck?

Press C to bring up your Character Sheet, and select Gear Management - you can use this to save Decks, including currently equipped Talismans and Weapons. You start with 5 slots, and can buy additional slots from your Faction HQ.

You can also install add-ons that do a similar function - Viper's Deck Manager is the one I use.

2
Is it possible to set The Secret World to remember and auto-join a Custom Chat channel?