I found an Xbox 360 Media Remote ("minimote") that came with the first batch of original Xbox 360s back when the dinosaurs were alive (c. 2005). It looks like it was designed as a DVD/video remote. I know the new media remotes and universal controllers can both control the television (turn it off/on, change volume), but can this older version be programmed to do this too? I found "TV codes" online for the original remote, but no instructions on how to get the remote to pair with the 360 or the TV. Is this remote even capable of turning the television off (or any other interaction with the television) and how can I set it up?

It's the little one on the left (just not in Japanese): 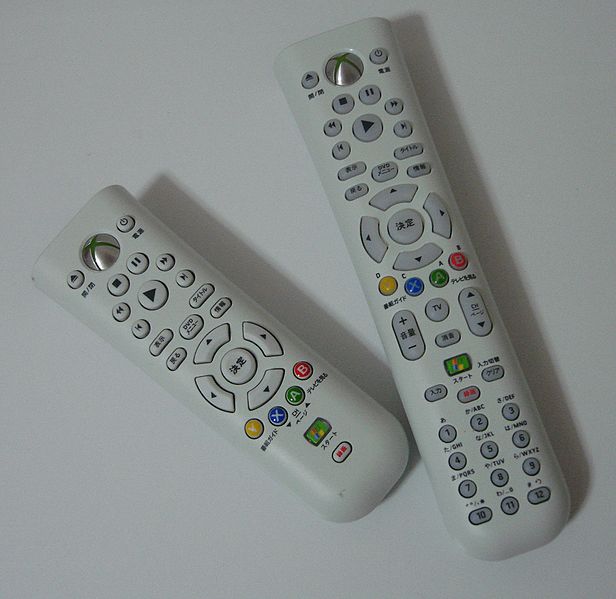 There are two official versions of Remote control for the Xbox 360 […] The first official media remote is the shorter version of the Universal Media Remote that can be bought at retail. It was supplied at launch with the Premium version of the console […] These were sold in limited quantities. All remotes can assist in the playing of DVD movies and music […], while the Universal Media Remote offers more function by having the ability to serve as a control for a number of TVs or Windows Media Center-based PC.

The article goes on to describe the new short remote (the black glossy one), so it's pretty clear that the short "Universal" non-TV one mentioned in that snippet is the same one you've got.

I have one of these and there's no way to use it with a TV.

Not the answer you're looking for? Browse other questions tagged xbox-360 .