What do the bee mutation pictures mean?

This first picture is from the Beealyzer. The picture is obviously supposed to represent the possible mutations, but I can barely see the picture let alone figure out what it means. 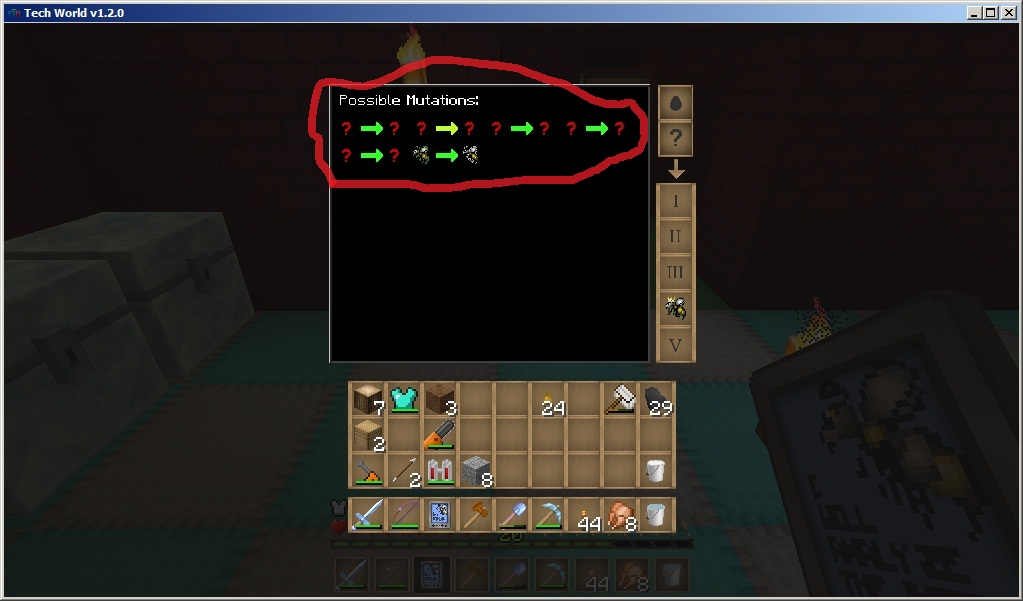 This second picture is from the Apiarist's Chest. I'm assuming that like the first picture, it has something to do with mutations, but again, the picture is entirely too small and not detailed enough. 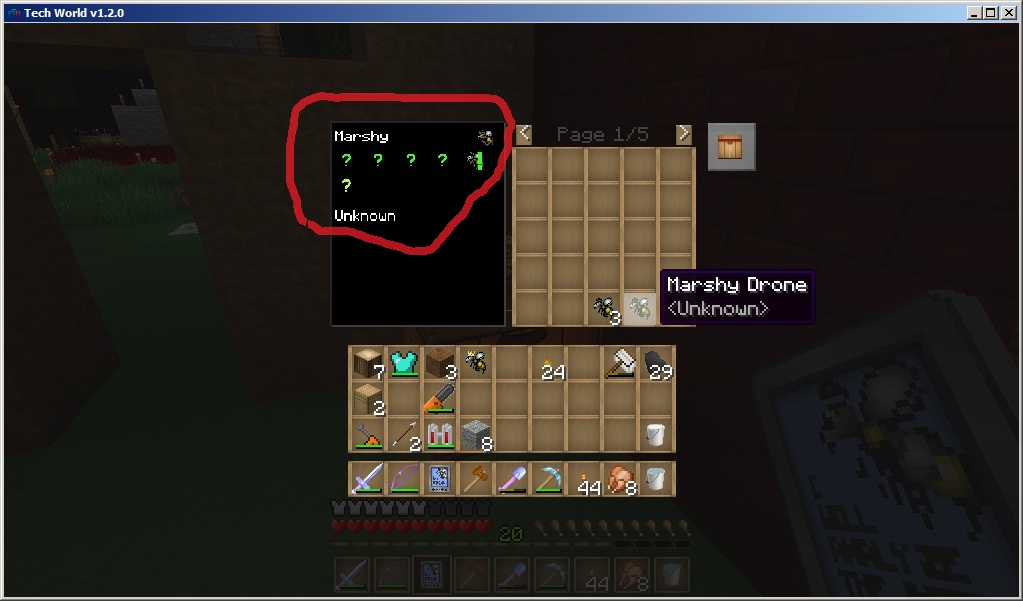 How can I see and\or understand what these pictures are of, or what they mean?

The Apiarist Chest shows this same information but only the resultant bee instead of what the combination bee and that bee will turn into.

If you have the addon mod 'Extra Bees' then you will have access to a tool that can give you a better run down of the information. It is called the Apiarist Database and is made in a carpenter. It will give you an interface like the following screenshot: 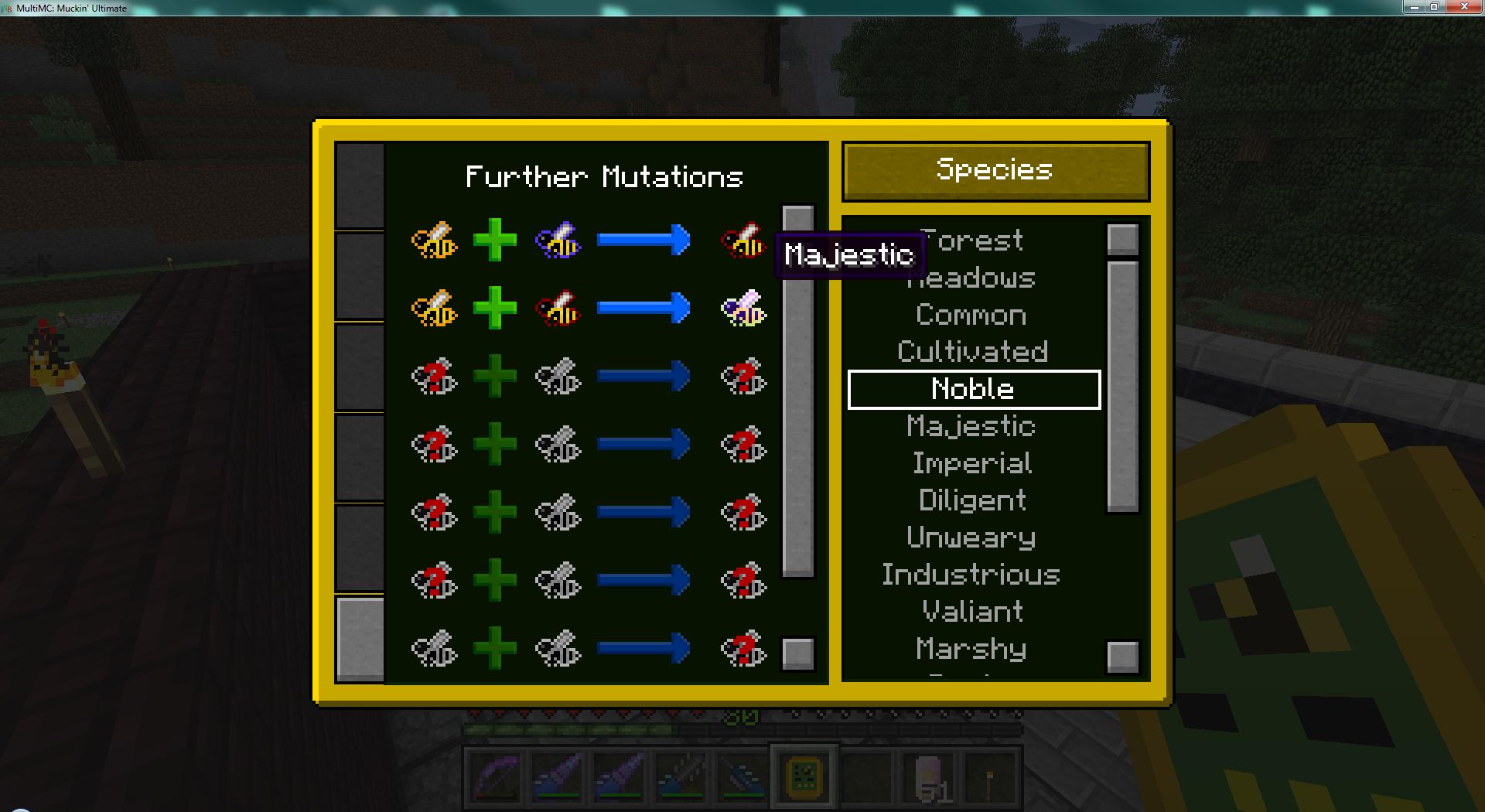 In the shot above you can see that I have a Noble bee selected and show that one of its found mutations is to a Majestic bee with another found one below that (Imperial) then several unknown mutations. The ? on the bees mean I have never seen that bee type before, the bees that are just outlines means I have found the bee but I have not made the mutation as of yet (Those are the bees in the second row there and when there is only one of them it is usually the selected bee but if you look at the last row you will see I have two bees that should be able to breed to produce a mutation, I just have not gotten it yet.)

Not the answer you're looking for? Browse other questions tagged minecraft-java-edition minecraft-forestry or ask your own question.

3
What are the power requirements for a Carpenter?
4
What is the bee genetic heirarchy?
2
How do Forestry Bee Comb production chance work?
3
None of my MJ production is working as expected, what am I doing wrong?
1
How can I detect if only one out of 8 lines of redstone is on and block the others from passing trough?
5
Is there a way to determine whether a player is online or offline with command blocks?
3
Is there a Feed The Beast bee breeding flowchart?
1
Minecraft restart bash script won't run init.d/service command
0
(Java Minecraft 1.14) How to detect multiple item entities which are stacks of the same size on a particular block?
6
The case of the dead sheep