How can I get a "Defeat All Enemies" Fairy Chest when the enemies are behind a wall? 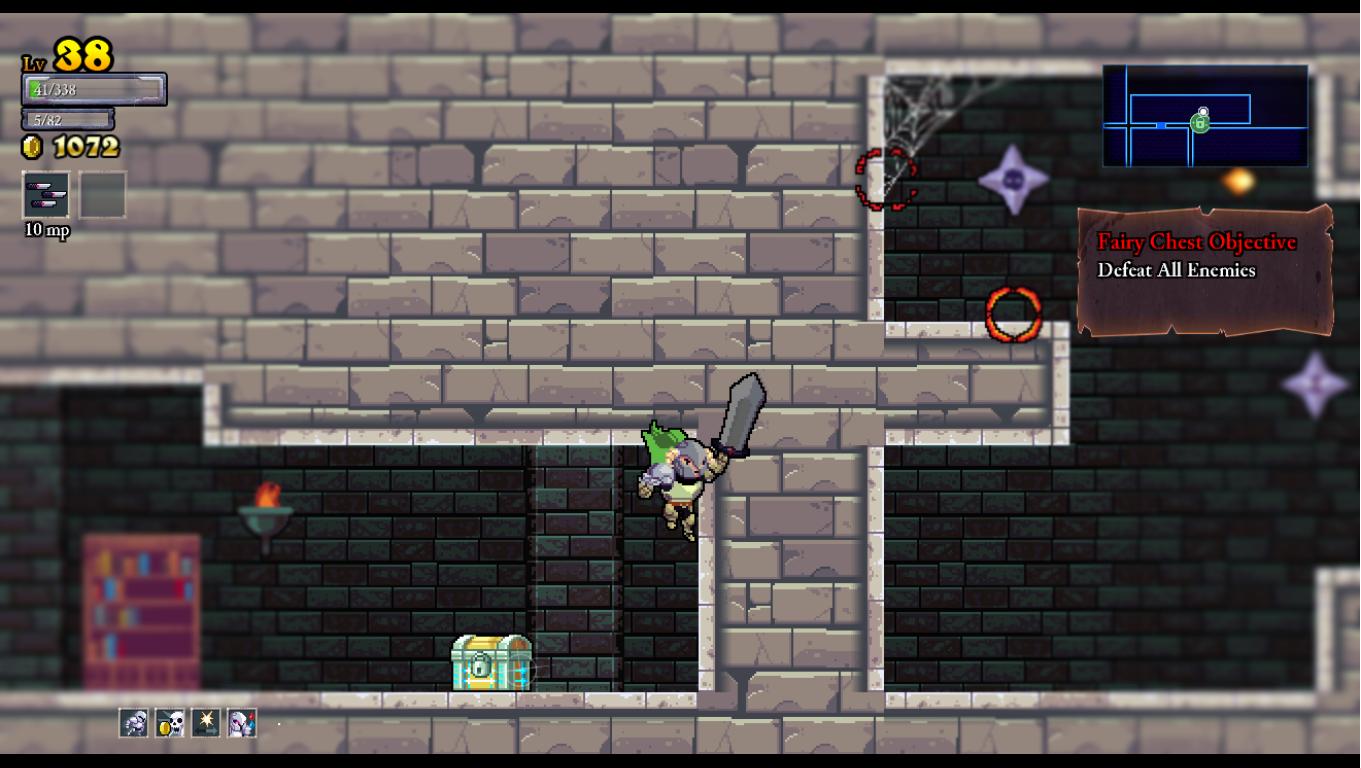 Sorry for the blurry thing (trait).

I tried to use the shout, but it didn't kill these enemies.

It's impossible to get over there and kill them, the only way to do this objective in this kind of rooms is to use spells that can pass through the walls.

Spells that can go through walls:

You can't get over there physically. You need to use magic that goes through walls, such as the Scythe spell or Lich King's Crow Storm spell to kill those enemies.

Not the answer you're looking for? Browse other questions tagged rogue-legacy or ask your own question.

13
How can I pass the "No Looking" challenge?
14
What happens to Fairy Chests when I get all the Runes?
17
How can I defeat a "Take No Damage" fairy chest challenge when there are spikes in the way?
16
How to kill a Spiketor?
22
Do fairy chest stat boosts apply to all characters?
3
How can I skip the tutorial?
10
Can I kill the Spike Traps?
7
How to run Rogue Legacy for Linux on a specific monitor?
4
How to stack runes of same type?
0
When can I get specific blueprints?