How can I change the outputs from two different wires to the same state (on/off) using one input, regardless of the previous states of the two wires?

So, I've set up two traps near my base, hooked up to pressure plates.Inside each trap, I have some sticky pistons with blocks attached, such that when extended (turned on) no power reaches the various parts of my traps when the plate is triggered,rendering it deactivated. I have one of these for each trap, and it's basically some buttons with T-flip flops (to allow multiple buttons to have the same effect).

Is there any way to build a gate/device/contraption/thingy such that it changes both of the outputs to the same state(on/off) no matter what state they were in before? NOTE: I'm using the XBox 360 edition. 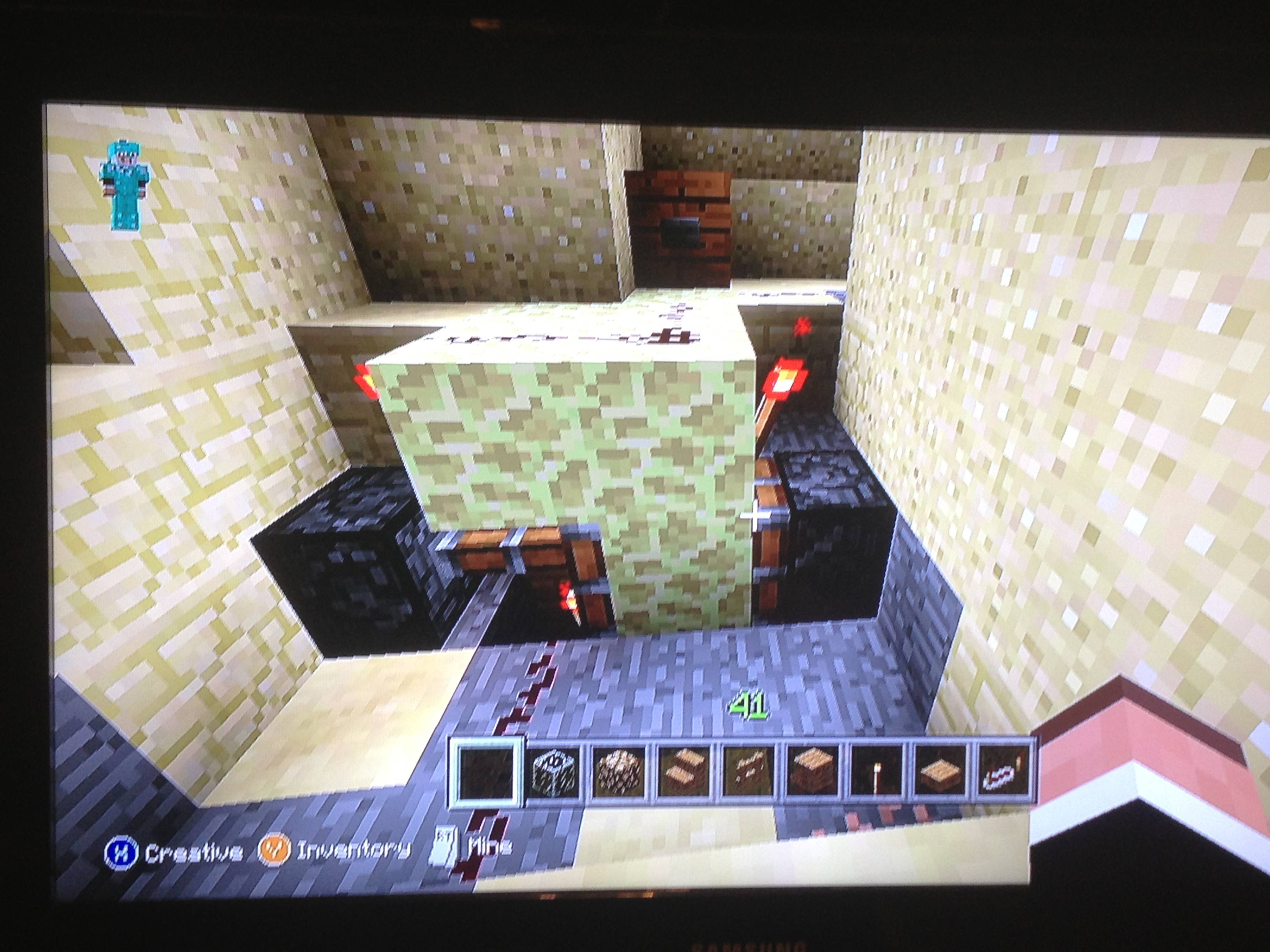 The sticky piston it's attached to. Note that it is retracted: 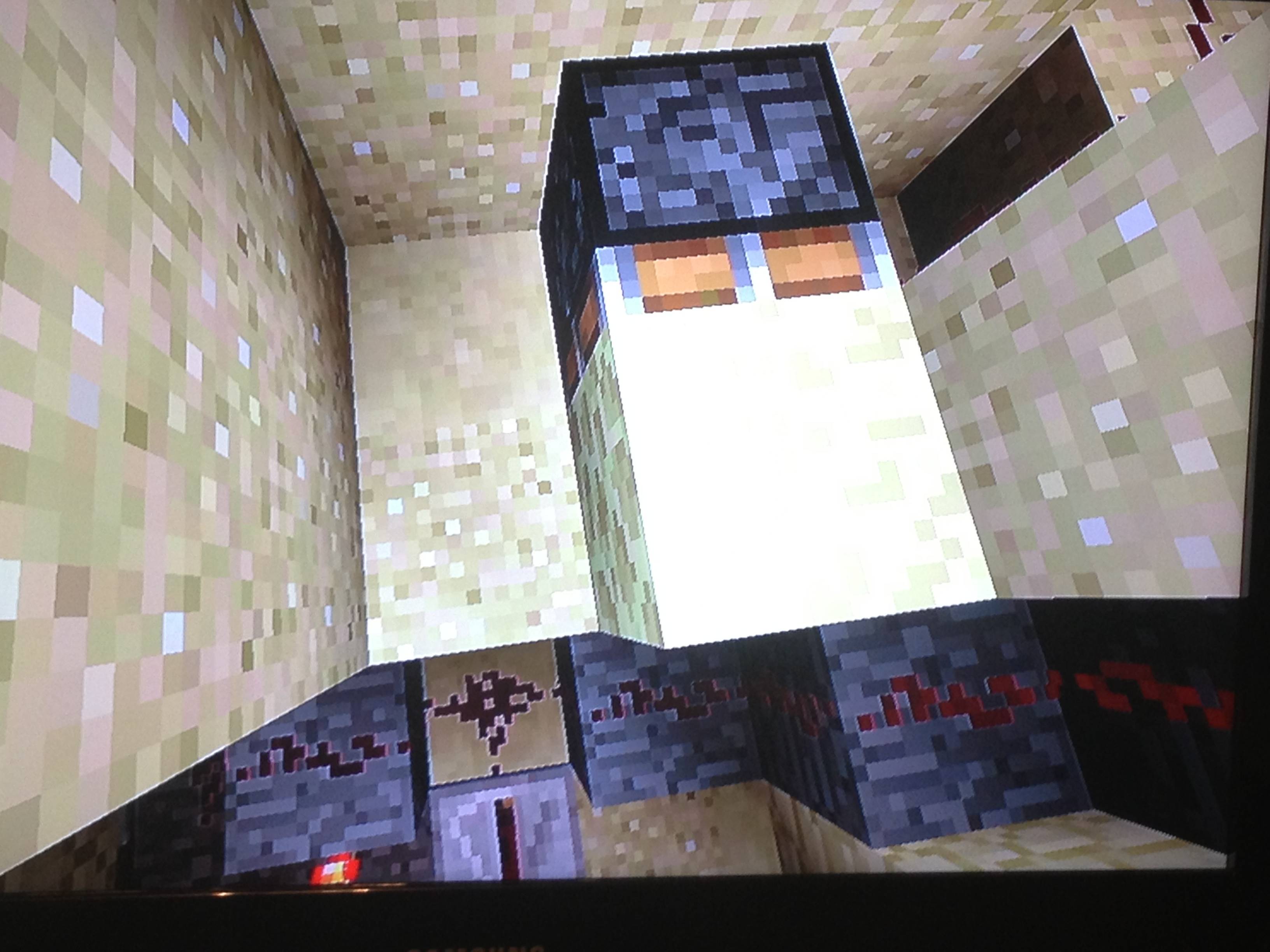 When the toggle is on, the piston blocks the redstone current, so the trap is inactive. I have a second trap with the same setup. Is there a way for me to make a master switch that toggles both pistons or flip-flops on or off (together) even if one is on and the other is off (i.e both traps can be switched on/off together)?

From what I understand, you have something like this: 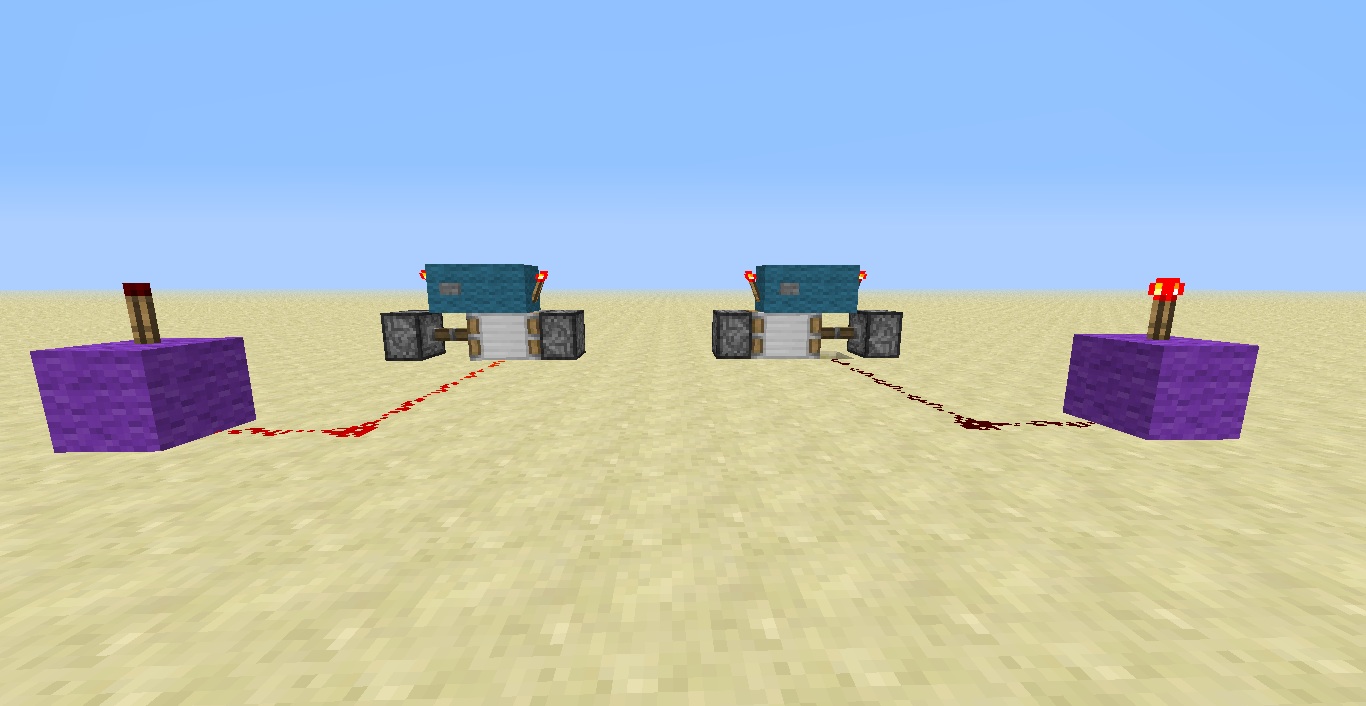 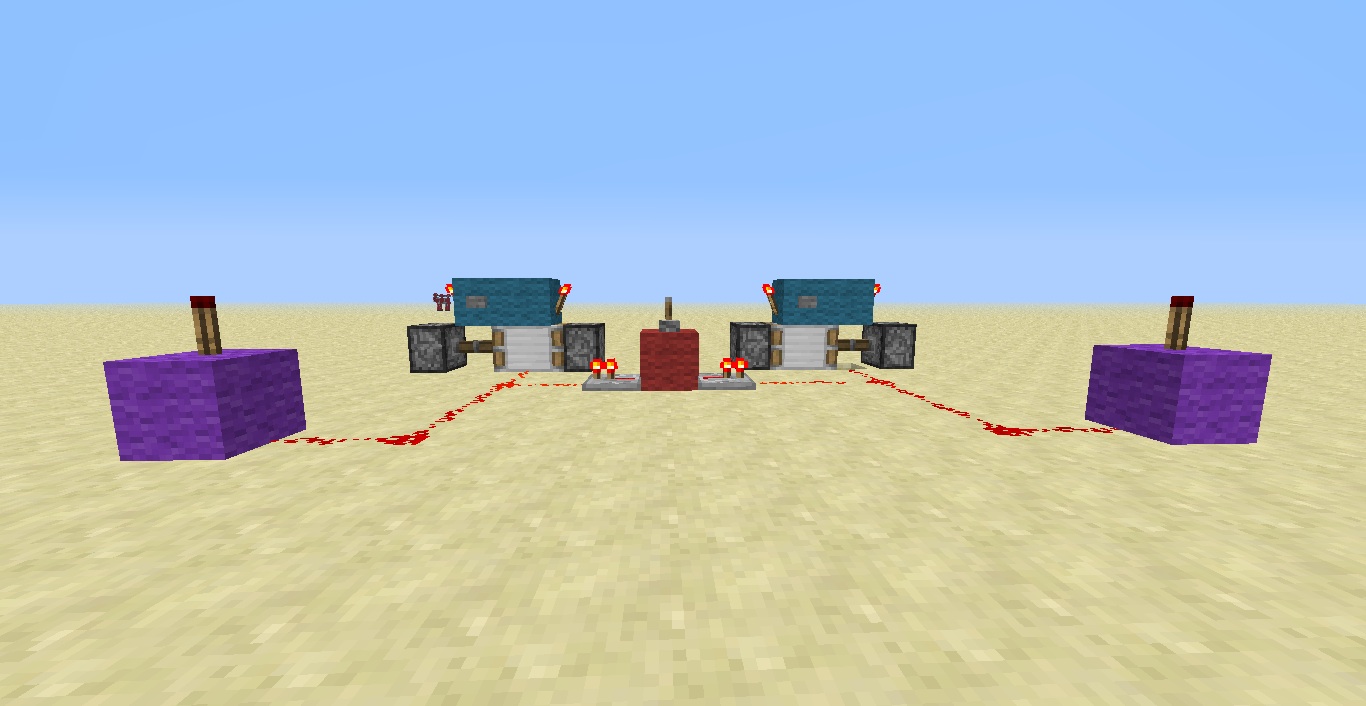 Rather simply, a switch can be put in place to force this wire ON and the torch OFF. 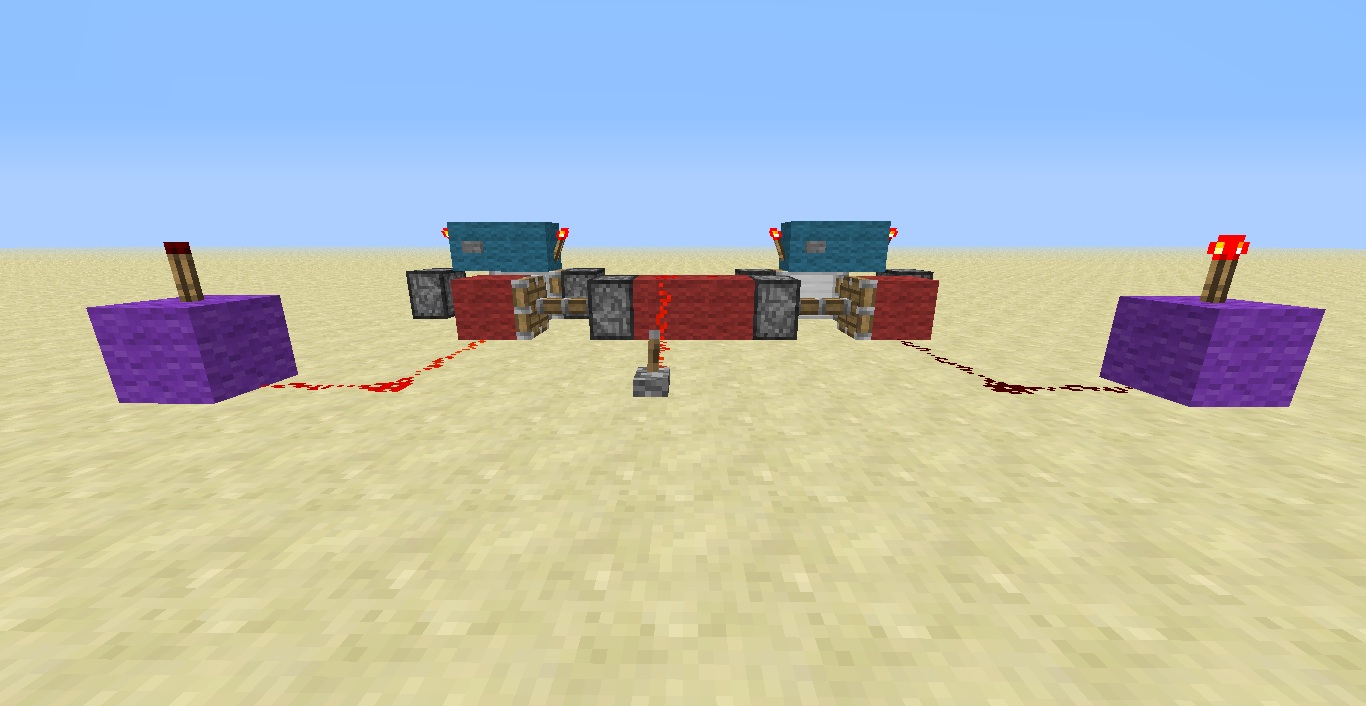 The pistons allow the T flip-flops to continue transmitting power to the output. When the switch is flipped off, the pistons retract, causing the line to disconnect and the wire to be in the OFF state, and the torch to be in the ON state. 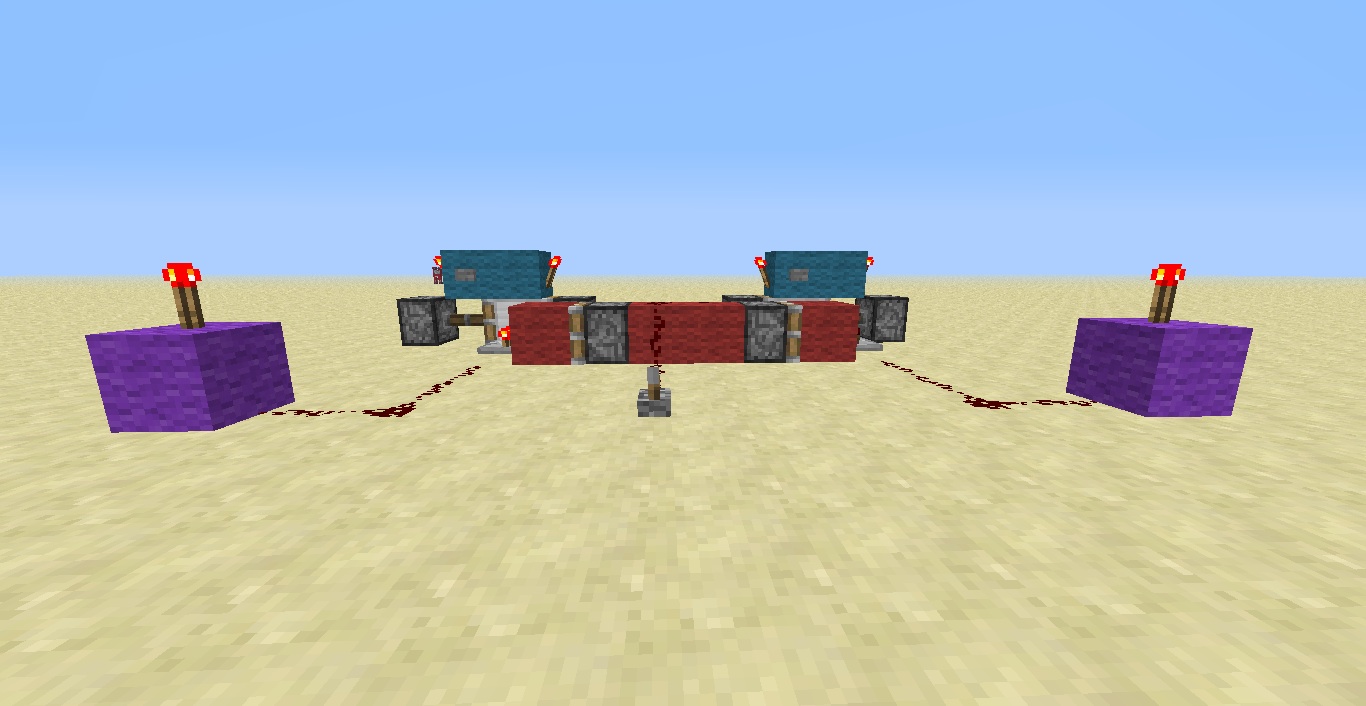 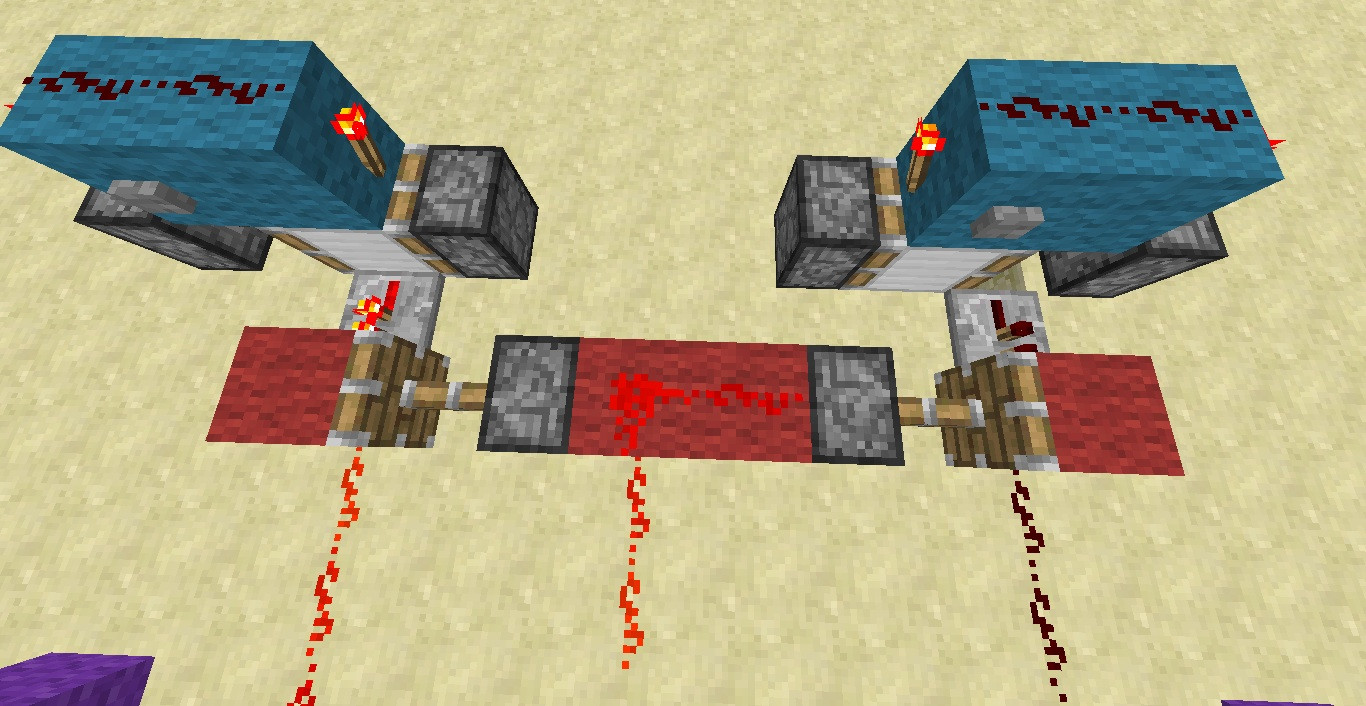 6
How do I reverse the activation of Pistons with redstone automatically?
0
How can I toggle an output using the same input pulse?
7
problem with two-level piston
6
How do you stop items from being pushed through walls in Minecraft?
1
How do I get two pistons (one of them on an inverted signal) to go at the same time?
1
How can I detect if only one out of 8 lines of redstone is on and block the others from passing trough?
1
Minecraft 1.10.2 redstone help. pistons
3
Why does this rising-edge detector fail when connected to this t flip-flop?
0
Redstone circuit that activates from two inputs, but only requires one input to stay on