What amount is needed to construct the World Congress projects?

Does anyone know the total amount needed for each project? This would help in determining not to over allocate to these projects.

In the case of World's fair I may want 2nd, one free social policy right away, especially if my culture is low, because of 100% of pathetic is pathetic.

The amount of total production needed for each project to be complete, as well as the amounts needed for Silver/Bronze, can vary. The basic rule is as follows:

I just completed the World's fair. And I misunderstood the trophies

Now using the example below 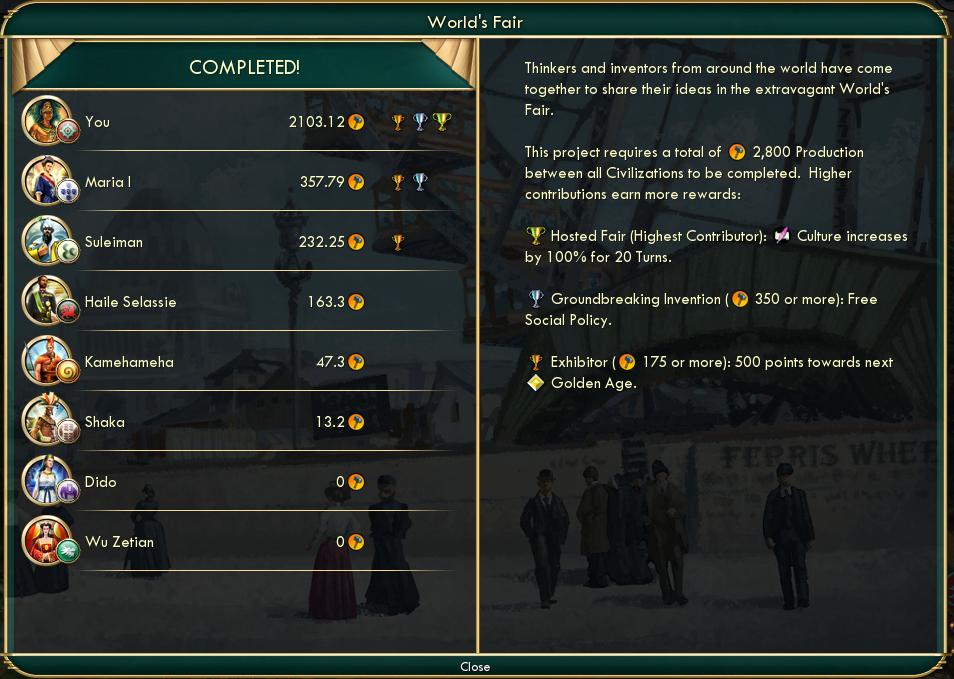 In the picture is says 2800 again using this example since 2916 was contributed and you can over contribute apparently. I guess you may have to go over 50.1% theoretically as two people could contribute something like 52% each?

Lesson learned. But will the cost be the same for each game? 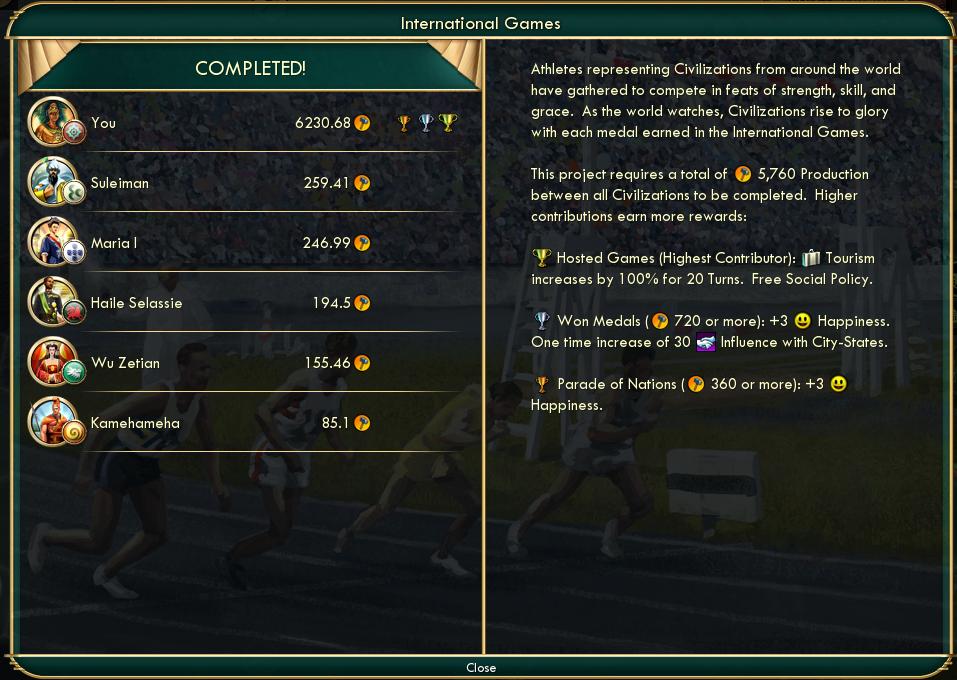 Hover the mouse over the icon of the World's Fair in one of the cities where you are constructing it. Then end your turn and keep hovering the mouse and as other Civs have their turn the percentage of completion of the fair will go up for each players turn. This is helpful because say if there is 10% completion from one turn to the next you can tell how muxh of that 10% you contributed and how much was from the other civs.

5
Conquest of the world
8
What is the maximum amount of experience a unit can receive in each age?
31
What does World Age do?
19
Do I need to have the Gods & Kings expansion to play Brave New World?
9
What are the keyboard shortcuts for Civilization 5: Brave New World?
9
What is the minimum required for a Resolution to be passed?
8
Do Empire Cities and City-States have the same amount of health?
7
What is the ratio of Tourism to Culture when influencing a civilization?
3
Do i need to meet all city states to found World Congress?
1
Will the foreign legion disappear if I switch ideology in Civilization 5 Brave New World