What is wrong with my mob spawner?

I built this 2 layer mob spawner trappy thing in the air. It's 24x24 but no mobs spawn inside :( No one falls down and I've opened it up several times to check; nothing inside either.

It's a standard thingy with 4 water flows, forcing mobs to the middle and drop down. As said I've opened it and nothing inside 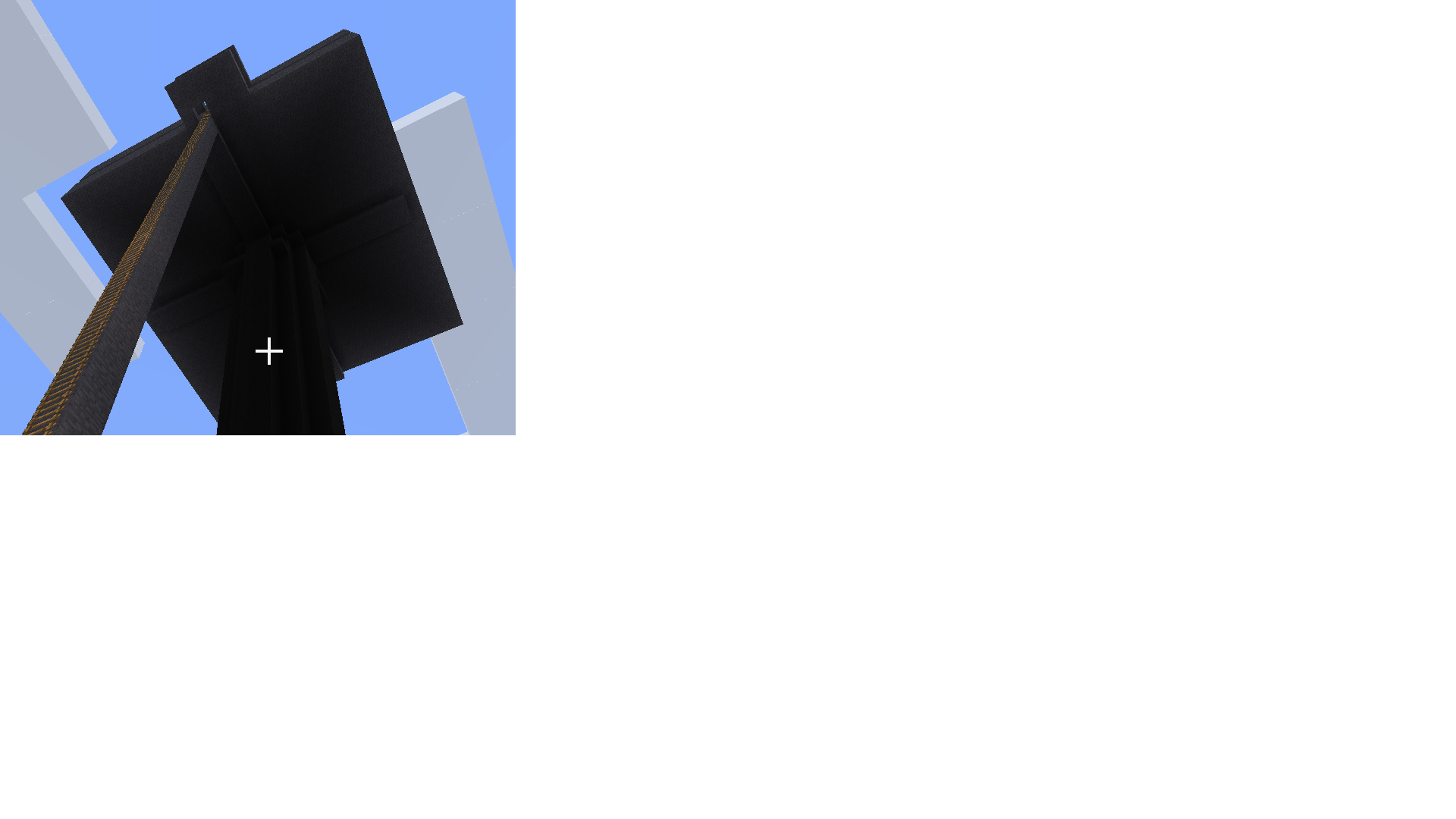 If you are 24 meters away from the spawning floors (or at least a good portion of them), and standing on the surface of a normal world, your problem is most likely the world itself.

You see, the spawning algorithm just tries to shove mobs all over the place, shooting at absolutely random points in a great territory around you. Well, most of this territory can be ignored, as any hostile mob farther that 128 meters from you immediately despawns, but a 128 meter sphere (minus inner 24-meter cutoff) is still large.

So when you add a single dark room within that, but stand atop of sixty meters of cave-filled landmass, a chance for a mob to hit your room is proportional to your room compared to mass of caves, plus all surface at night.

The solution is to prevent outside spawning somehow. Lighting all the caves is doable, but a huge work, so the easiest way is to take to the skies. Build an orbital lift or something, and place your spawner somewhere at y=192, to be 128 meters from sea level. I prefer to build over an ocean, which allows me to build twenty-something meters lower and still not hit undersea caves.

Just to give you some hints, here are my designs...

Derelict of "Box", a failed design similar to yours. 1-wide water channels with 1-wide water drops simply don't work. Monsters won't sink in a 1-wide hole. And besides it was built far too low. The efficiency was abysmal. I dismantled it for materials. 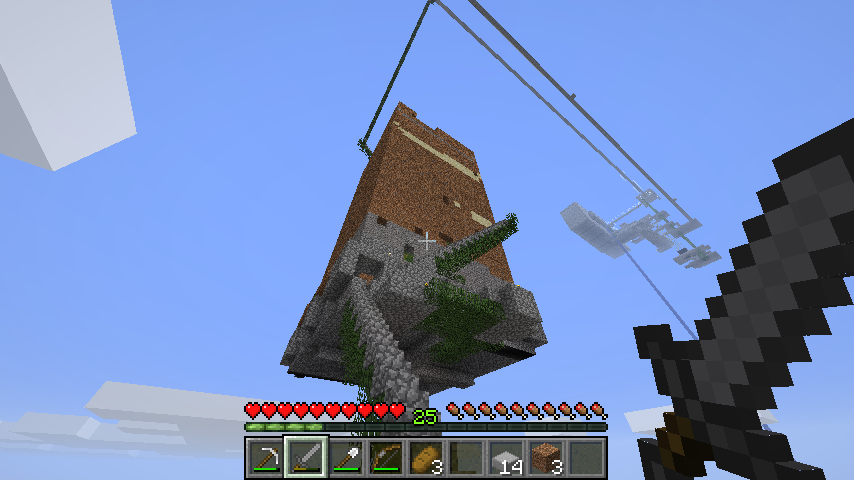 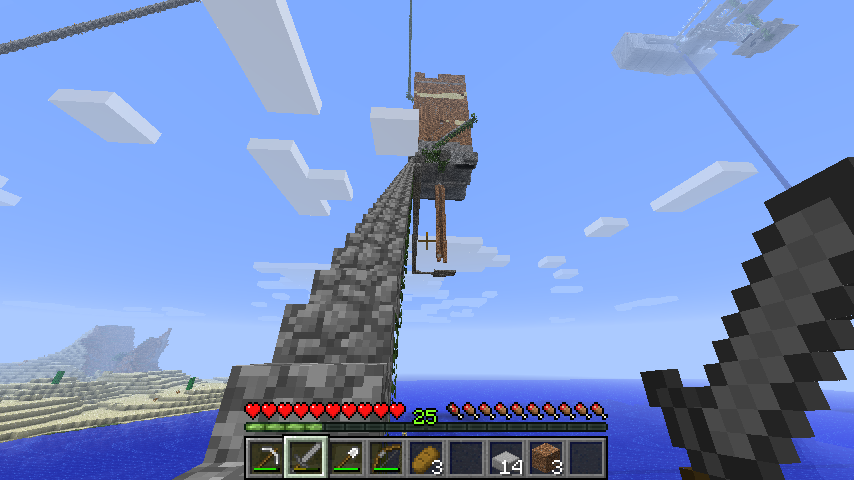 "Circus", a very efficient design when it comes to monster spawning. It's a hemisphere about 25 blocks radius with center above the "house", covered with a roof and with water channels funelling mobs to a drop trap from 8 gaps around the chamber. It would be a great design if it weren't made of soil. That way it requires constant maintenance as endermen make holes in the walls and the roof, letting light in and ruining the efficiency. Never make anything important out of soil. Cobblestone is better but not optimal too. Use Slabs. And plan for maintaining the insides. Circus is only maintainable by switching difficulty to Peaceful. Otherwise, the inside is a deadly trap, and a creeper blowing up the wall - a disaster. Why is it so patchy? Well, an endermen makes a hole, a creeper spots me and makes it much bigger, and the I seal the hole with whatever I have. Definitely, make your design out of enderproof material like slabs. 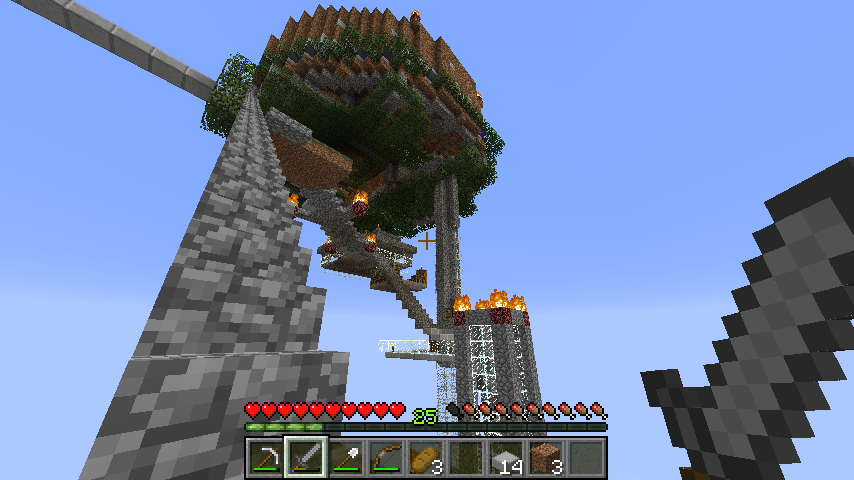 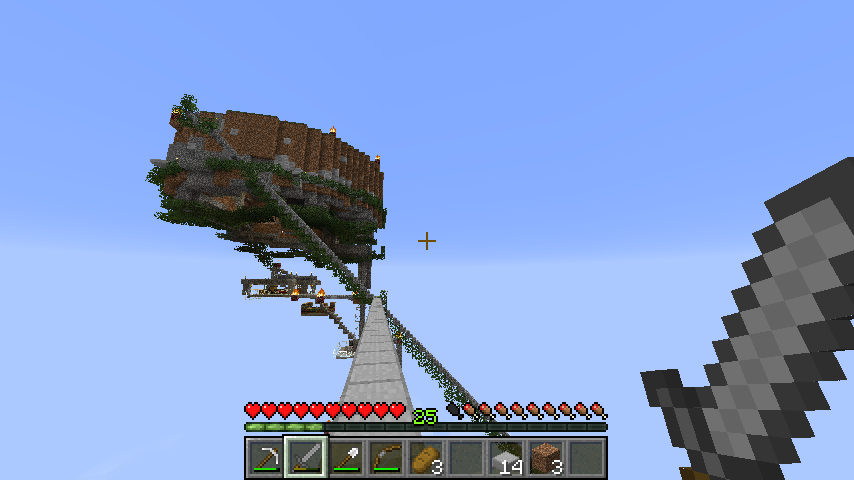 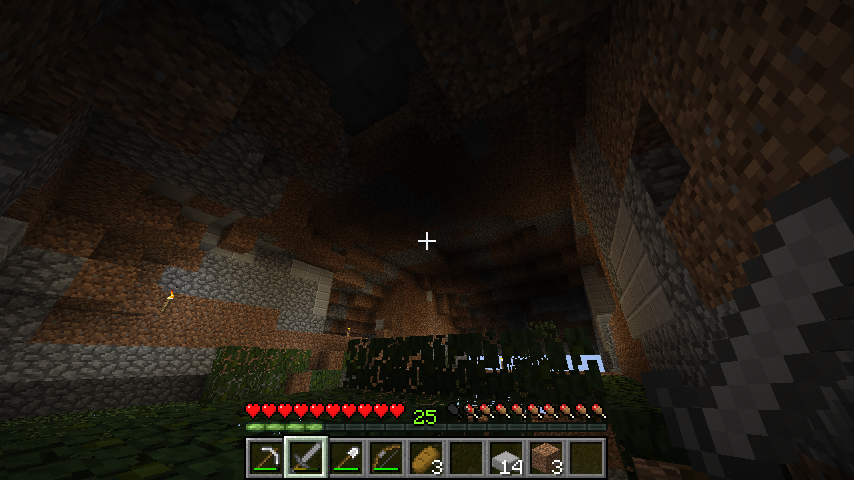 This is the Seaship/Mall. It's entirely made of slabs, making it Endermen-proof, and it was an excellent choice. I botched the spawning platforms layout, and not nearly as much surface is located 24-32 blocks away from the player, which makes it perform worse than Circus spawn-wise. But still, there are entrances that allow for monitoring the inside, a cut-off piston that stops monsters from going to the dead-drop (which makes expanding the design easy), a spider-harvesting attachment - spiders tend to clog the walkways if left unchecked, a music disk farm, and of course the XP farm. 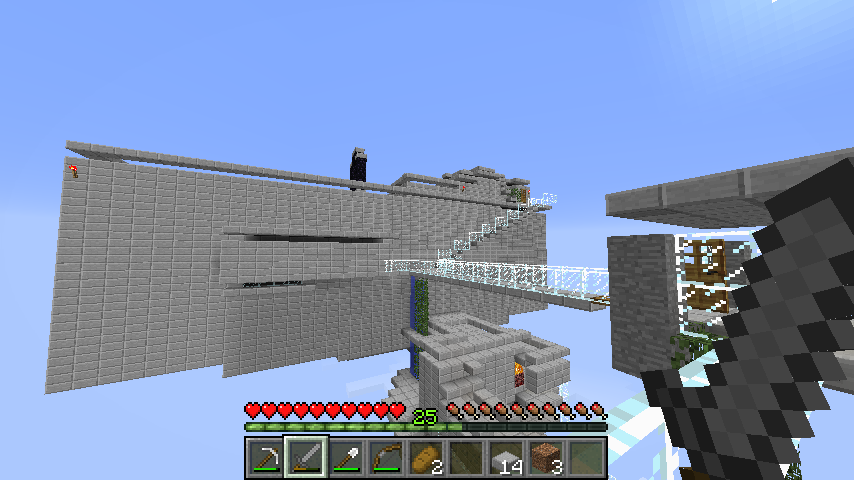 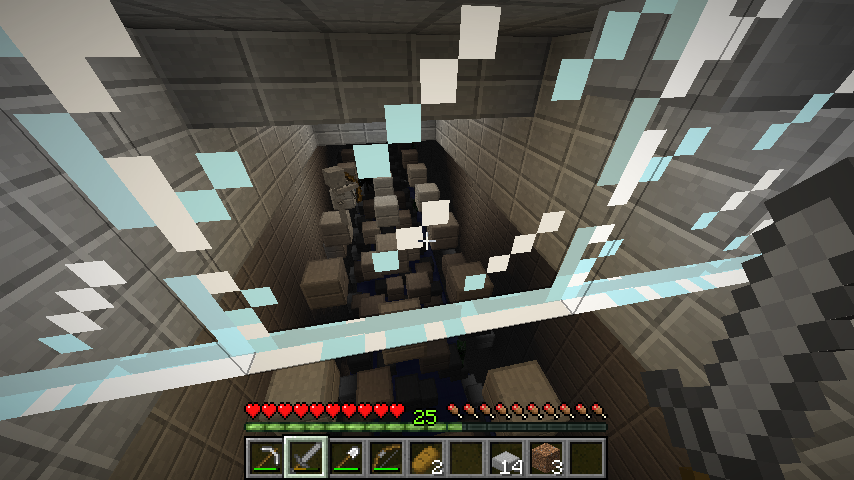 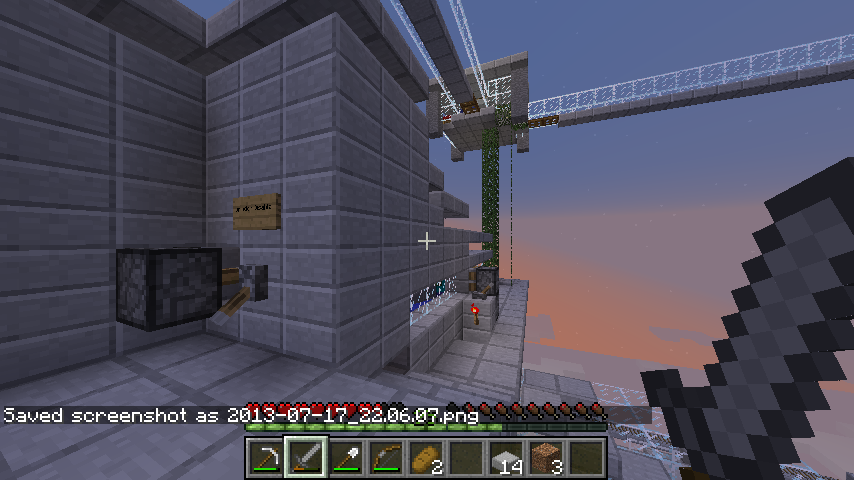 Things that can mess with mobs spawning:

Ways to improve your spawner:

Sorry for the lack of a picture, I would show you one of my designs but I'm not currently at my own CPU.

The benefit of this design is that the mobs would have a higher chance of falling into the water current unlike your current one which has an incredibly low chance. This design is also more resource friendly.

This happened to me too. I built it exactly and I had no mobs at all. My advice would be to just wait. I waited and suddenly I had so many mobs spawning.

Check if ur not in peacefull If u are go to options and turn the difficulty from peace full to normal or easy or hard anything besides peace full and then see if the spawners spawns.

Do not put torch around the spawners it doent work!!!!!

2
How to get minecraft xp farm to spawn mobs?
1
Why my Mob Grinder/Farm isn't working?
20
What is the optimum player position respective to mob grinder?

6
What effect does framerate have on mob spawning?
6
Problems with Minecraft Spawn Trap Up In The Sky
6
Has Minecraft mob spawning been changed to reduce effectiveness of vanilla mob farms?
0
Minecraft 1.8 Mob spawner isn't working
4
How does this spawner farm work?
4
Mobs die when there's more than 33~ in a 2x1 farm drop V1.11
1
What's wrong with my mob farm?
1
How can I make a spawner that summons Items?