Going for Religious Dominance in Civilisation 5: Gods and Kings

Ive played Civ 5: Gods and Kings many times now, and I'm interested in playing a game where I can get religious dominance.

Can anyone suggest strategies in order to dominate the world with your own religion? Ways of spreading it faster and further, and potentially useful religious beliefs that I can reap the rewards from once my religions have spread far and wide.

So basically to become a dominant religion, get to a religion as fast as possible, and get missionaries out there ASAP. You want to primarily target central cities that have many others within passive pressure range. Get that pressure working early. Then you solidify that with one of the two Enhancer Beliefs that improve passive pressure

You want an interlocking grid of religious pressure, so that even when religions start popping up, they have difficulty spreading against the wall of cities already converted. For example, see Shaka here: 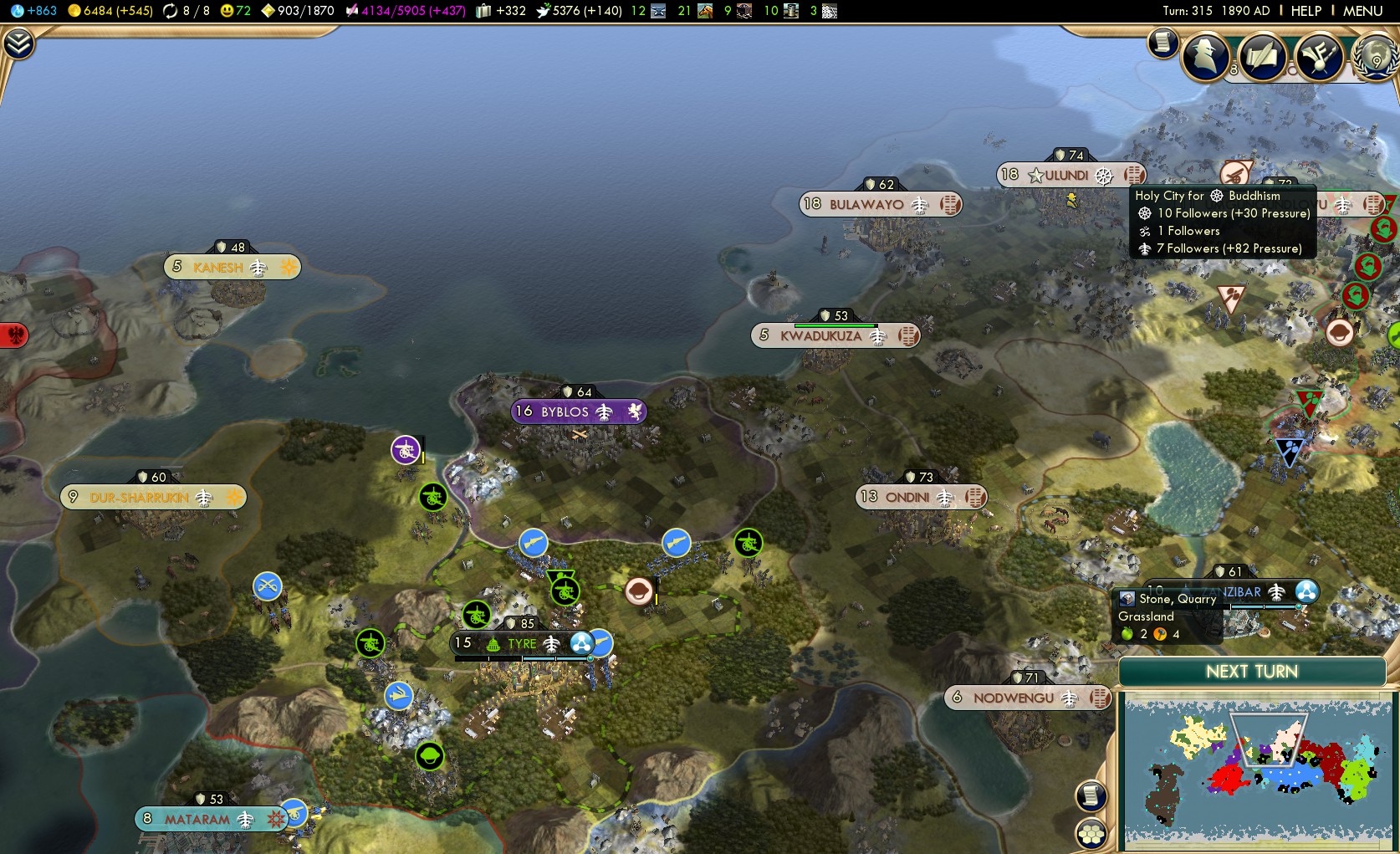 I got to his cities (and the surrounding ones) early, before he founded his own religion. Even though he spent tons of effort converting his cities to Buddhism, they all converted back to my religion due to passive pressure from all the surrounding cities.

Now just to the southwest of the previous picture, I did not get here early enough: 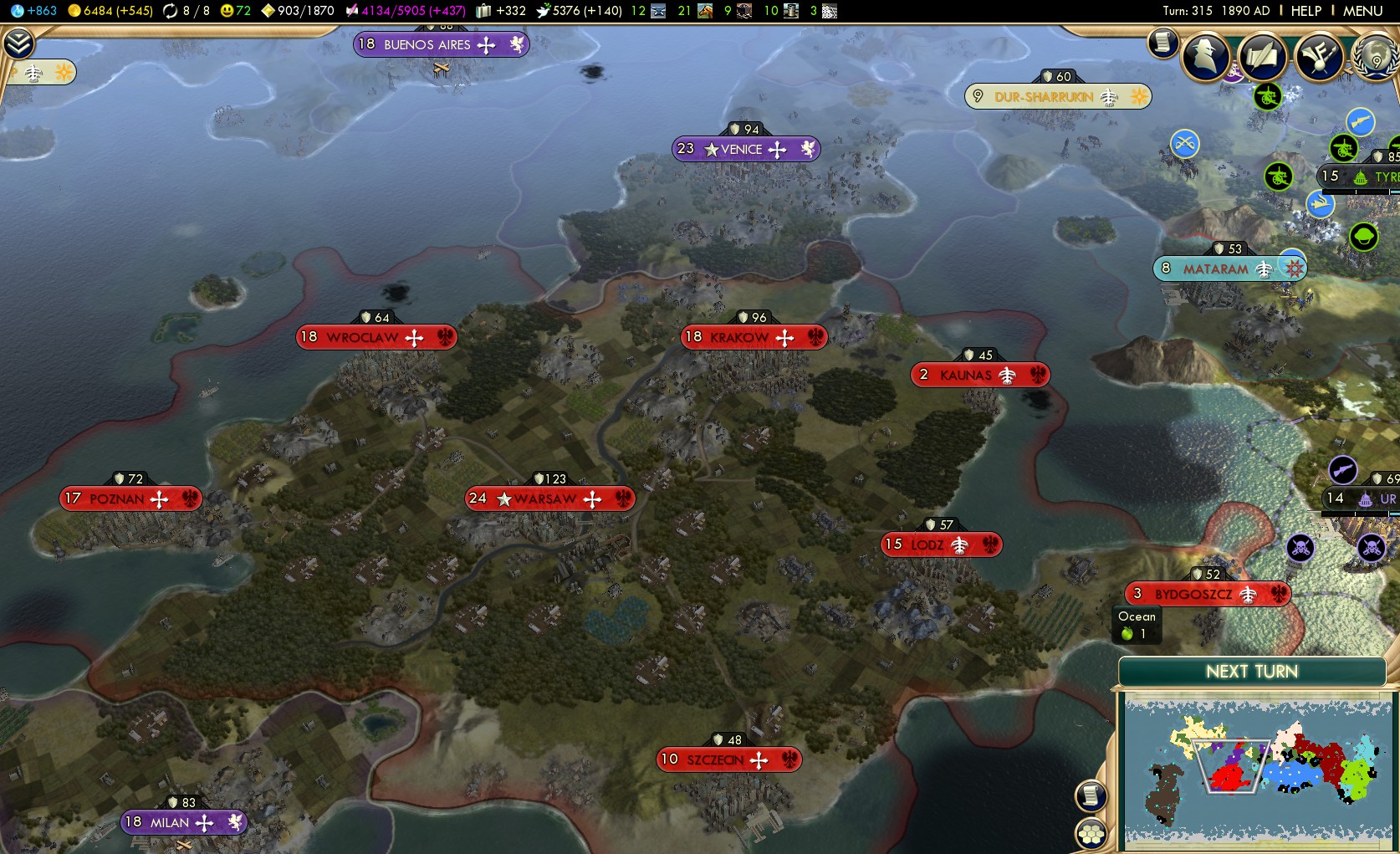 While the eastern portion of Poland is my religion (and will stay that way due to interlocking pressure from across the channel), I was too late to reach the central area, and so I'd have to invest a lot to convert that. (Well...technically I do have 5000 faith to spam him with missionaries, but that requires a lot of effort at this point)

As for the reward for your early spreading effort, you'll probably be looking at one of the following Founder Beliefs (of which you can only get one, unless Byzantium)

Which one to pick will be game dependent. In the above game, I'm running Tithes, and am making ~200 gold from it. However...in the words of someone who's better than me at this:

Ceremonial Burial just always seems the strongest of the beliefs. Think of it in hammer terms. CB per spread is the equivalent of 50 hammers worth of colosseums. Compare that to Tithe or Church Property which are worth more like 25 hammers (a quarter of a market), World Church at 33 (a third of an amphitheater), Initiation Rites which is 21 hammers (one-fifth of a bought settler.)

24
How do I convert a city to my religion?