Are a Civ's Unique Buildings transformed when conquered? [duplicate]

Assume for a moment that I am playing the Ethiopians, currently at war with the Egyptian empire.

Egypt has a unique building, the Burial Tomb, that replaces the Temple. My spies have already told me that the Egyptian city of "InvadeMe" contains one of these, as well as a generic Monument building.

If my forces conquer the city, what happens?

(I just used Ethiopians off the top of my head, this question is not G&K specific)

Short answer: They convert to the correct building of the conquering Civilization, if they survive at all.

I fired up Civ V, with the In-Game Editor mod running. It doesn't edit any mechanics, so it's great for testing out things like this. No other mods were running.

I played as Assyria, against Egypt. I would have involved Ethiopia, as per your example, but my experience suggests that cultural buildings never survive, so Steles/Monuments wouldn't work either way. I gave Egypt a second City, with the techs needed, and added a Library, Shrine, and Burial Tomb. 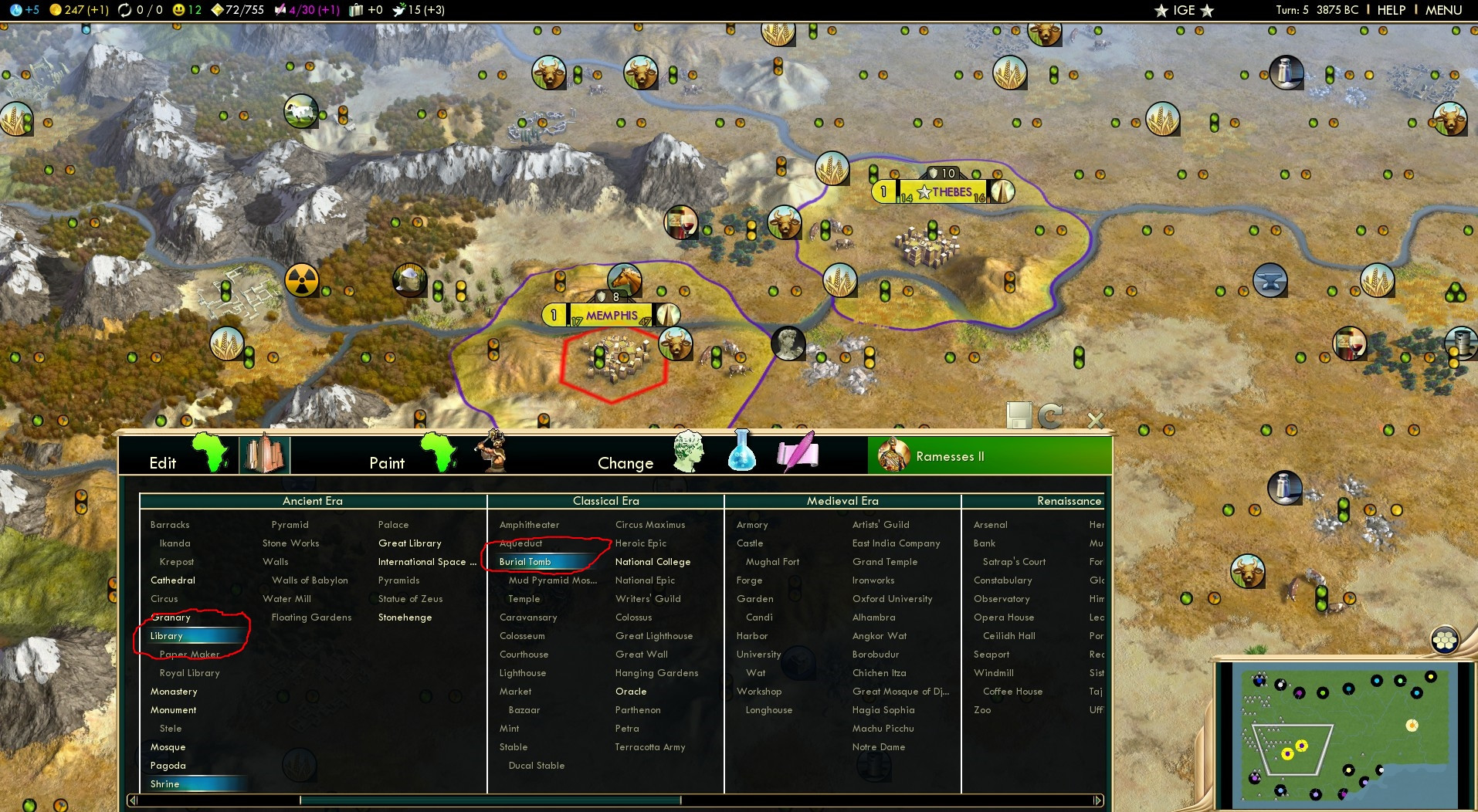 Then, I declared war, gave myself a Giant Death Robot in the area, and took the city. Once under my control, Memphis had a Royal Library and Temple instead. 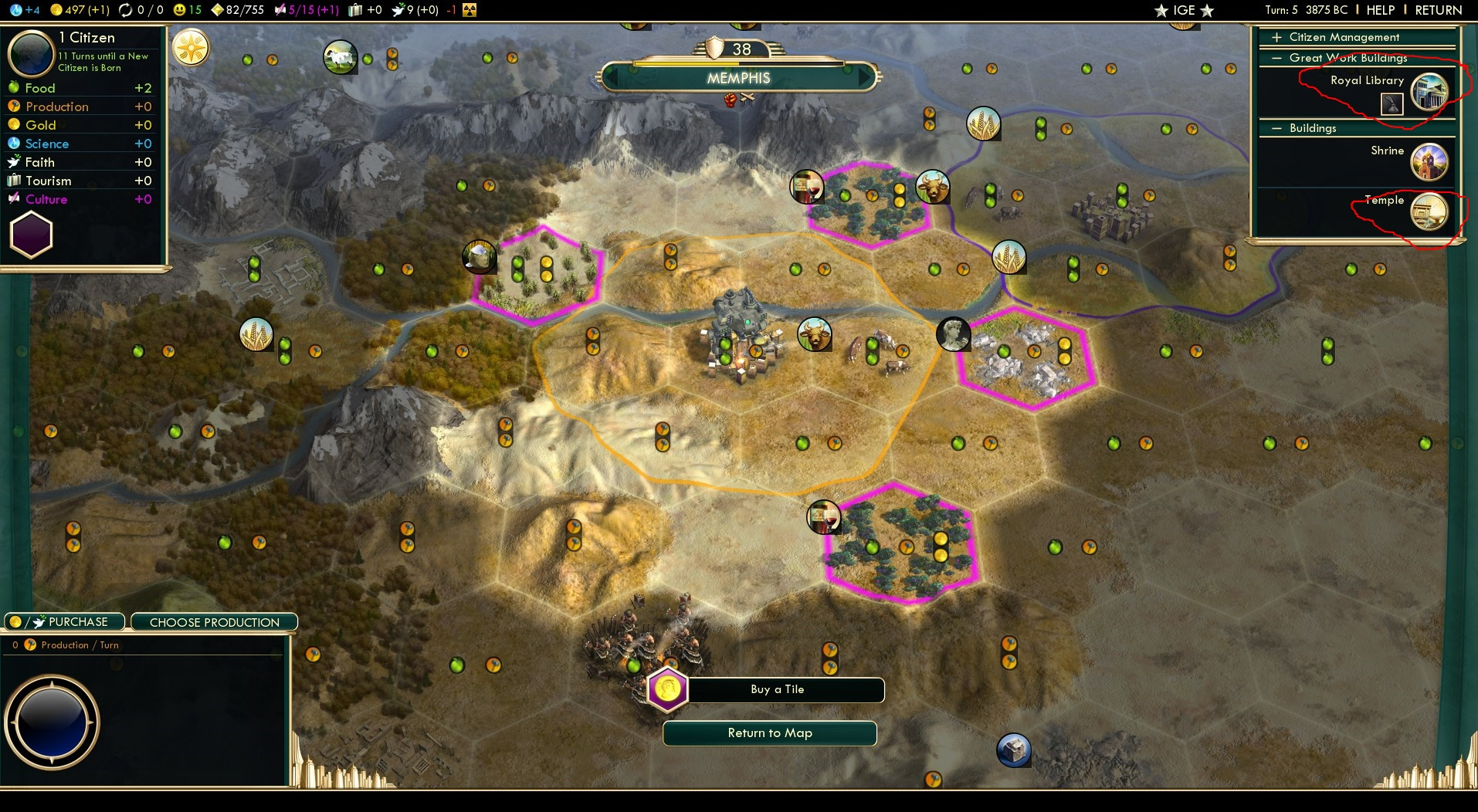 22
What happens to unique buildings in occupied cities?

7
How can I sell buildings?
24
In Civ 5, do buildings get any penalties when you lose a source of needed strategic resource?
22
What happens to unique buildings in occupied cities?
7
What are the Unique Units, Unique Buildings, and Unique Ability of the DLC Civilizations?
8
Civilization V: Buildings In Specialized Cities
16
When are submarines visible?
3
Are there drawbacks to selling buildings?
9
Effect of Shortage of Resources on Buildings and Cities
12
How to stop the deity AI from expanding towards you in Civ5?
7
Can I switch religions to that of a conquered opponent?