Captured a city, but it's completely non-functioning

I've just captured my first city, and it's uh... not working. The borders don't extend beyond the single tile where the city is, and I can't build anything. What do I do?

In Civ 3, you'd sometimes get a message after capturing a city informing you of a resistance, which you could quell by garrisonning military units there. Is that what's going on? I didn't get any message informing me of it.

As stated in the comments, a city captured has to go through X turns of resistance before you can do anything with it, and its borders will remain at zero for that duration as well. There is an exception for recapturing a city that you originally owned (planted with a settler) but previously lost.

The duration is both on the map screen and the top of the city screen: 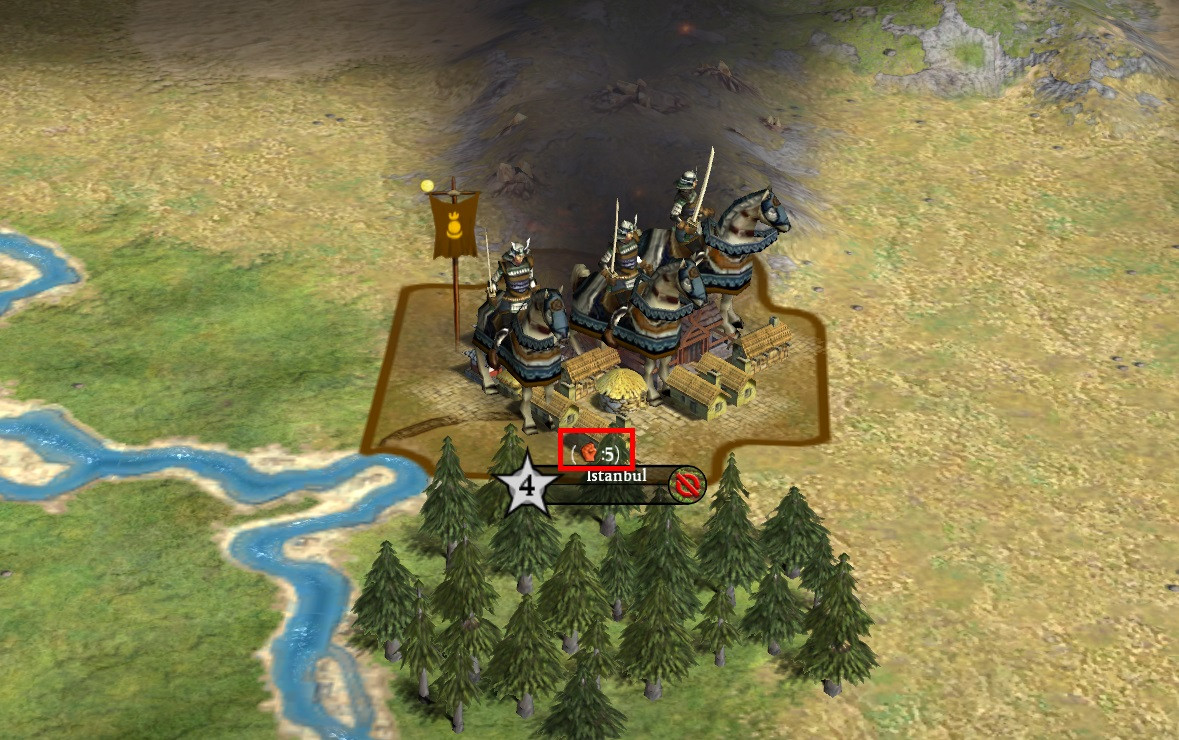 The formula for duration of resistance (which cannot be reduced by any game mechanic) can be found in the source code under ...\CvGameCoreDLL\CvPlayer.cpp:

In other words, there is a flat resistance duration plus additional time for each population point modified by how much culture you have in the city. Without mods, using the constants found under \Assets\XML\GlobalDefines.xml, this comes out to be
3 + [Population] * 0.5 * (100 - [Your Culture]) / 100

So for most conquests, you will face resistance of 3 turns plus half the city size.