How long is a unit of distance?

I play the character called Tristana in League of Legend. Tristana have an ability called "BUSTER SHOT" (Tristana's ultimate).

What does the numeric value of distance in League of Legends, as described in this ability, equal to what visible range in the game?

In other RTS games, like StarCraft 2 - it's a nice thing to know when you engage in combat. To be startegic in your advance against an enemy, and your teamwork regarding League of Legends.

If I knew what the "distance" is translated into on the screen, I could be more effective in positioning my teammates for the final-blow on an enemy hero.

A rule of thumb is that Teemo is roughly 100 units wide. So, for your example, you could mentally translate the Buster shot ability to:

Basic attack range of Ashe will give you the best idea. Ashe can hit units from 600 distance away. In the picture below, the blue line is 600 distance long. That is the range of buster shot's knockback at level 1. At level 2 it is one-third longer and at max level it is two-thirds longer. 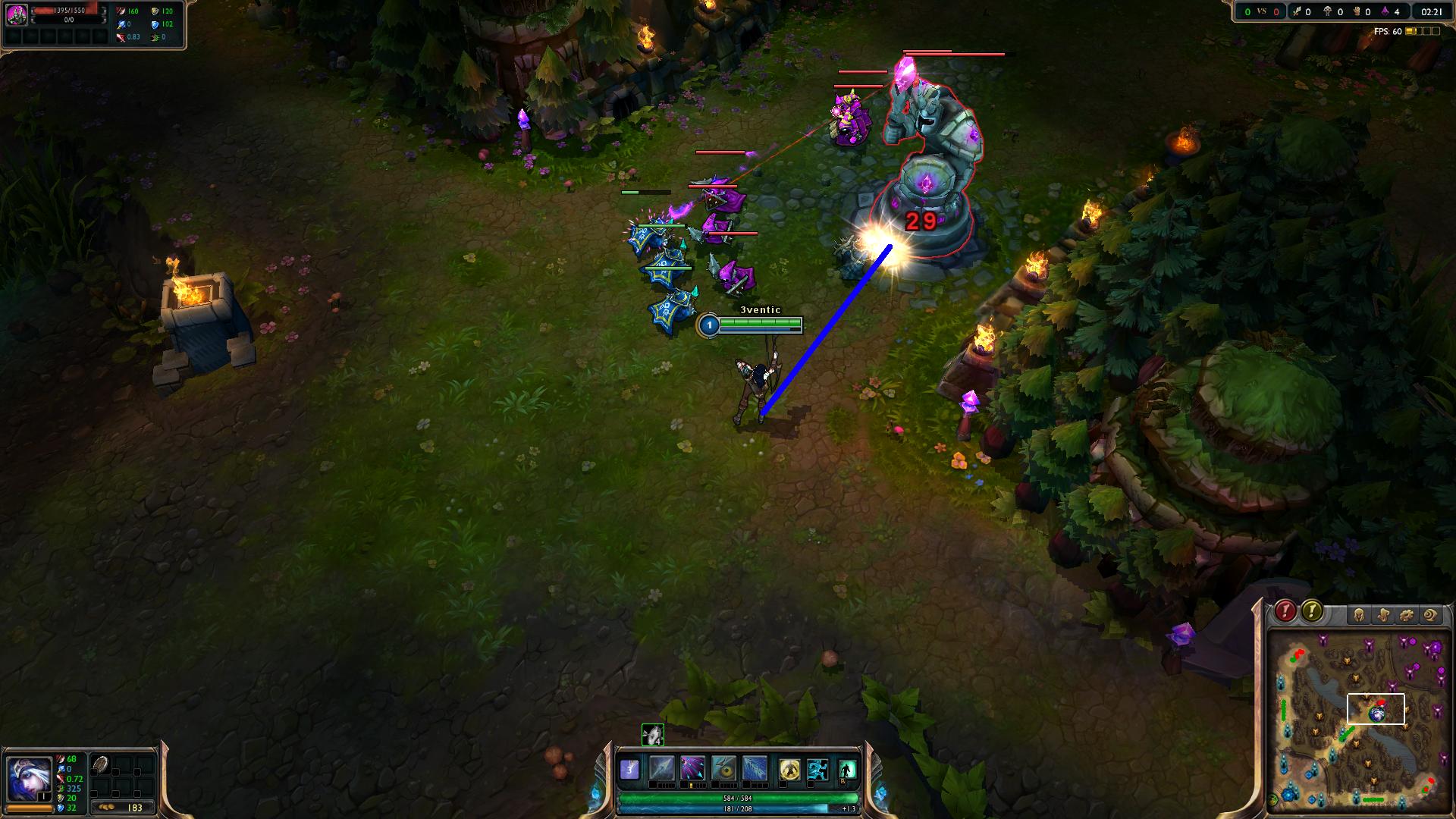 You can also hover your mouse over the Attack Damage amount from the statistics right at the bottom, the game will draw a circle around your character which determines the auto-attack range your champion has.

12
How is range measured in League of Legends?