How can you cook a cow with a dispenser and lava?

As of 1.6.2, what is the most compact way to cook a cow/pig/chicken with a dispenser and a lava bucket?

Or what is the most compact way to send two fast pulses in order to activate the dispenser and deactivate it fast enough so that the mob is cooked but its drops aren't destroyed by the lava itself? 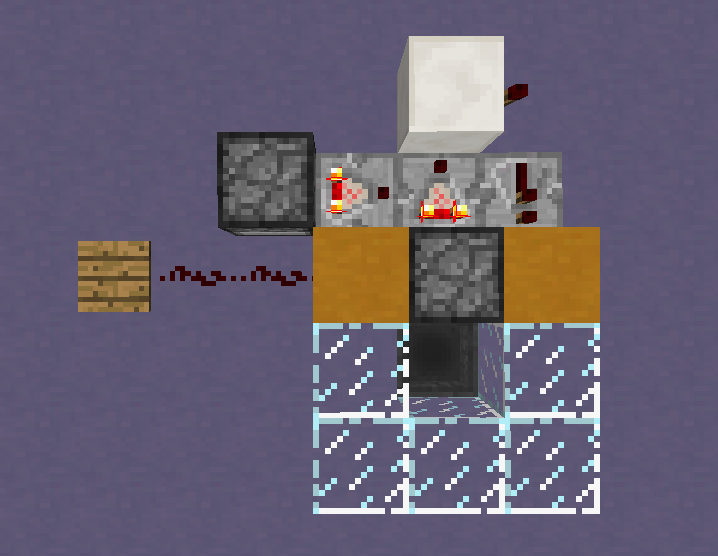 How it works: The input signal comes from the left. The orange block and sticky piston turn the signal into a pulse (a “monostable”, or rising-edge detector) for the dispenser. The right comparator's signal indicates the decreased fullness of the dispenser (empty buckets stack more than full ones), allowing the torch to turn on, which signals the right monostable to produce a second pulse to remove the lava. If a longer burning-in-lava time is desired, lengthen the repeater delay on the right.

It would be possible to simply produce two pulses from the input by delaying the monostable signal; the advantage of this design is that it is self-correcting if the lava is in the wrong state, because the second lava-removing pulse is generated by the dispensing of the lava. However, doing it the other way does have the advantage of needing no quartz.

This design is derived from my zombie damager, which is a continuous flow system. If you want to have this machine automatically trigger when mobs arrive in it, you could add a tripwire above the lava in the same way as that mechanism does. (The main wiring here is different from there because that machine removes the lava, rather than adding it, when a mob arrives, but the tripwire can be connected to the input in the same way.)

Finally, note that chickens are tricky because they have so little health. Specifically, even with a different pulse circuit built for absolute minimum delay, chickens standing where the lava goes seem to take enough damage to die instantly, burning their items in the lava. However, if the chicken is on a slab underneath the lava (thus being slightly lower), then it sometimes survives long enough to die after the lava disappears, and its drops will sometimes survive even if it dies instantly. (Strange that that makes a difference.) Based on this result, I recommend using something other than lava for chickens.

These can be done using two edge detectors and an AND gate.

I'm not very good at compacting circuits but that's the basic logic behind what you'd want to do.

Edge Detector <- used in my design. 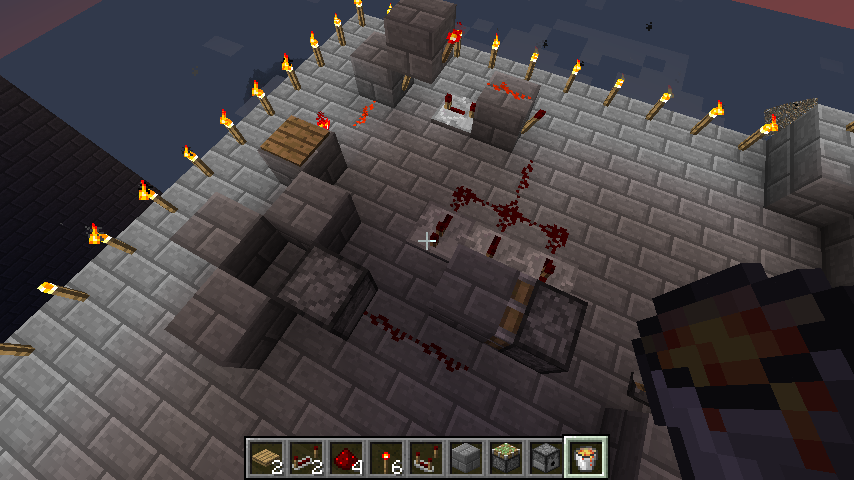 For chickens at least, I have the feeder chickens sitting on top of a hopper that drops the eggs down into a dispenser wired up with a comparator to determine when it has something and then fire the egg into a space with a halfslab and lava on top of it. the lava will not harm the egg and a baby chicken is below the level of the halfslab. When it grows up it will be hit by the lava and the chicken gets cooked with no particular loss of feathers or meat. Works equally as well replacing with water to get uncooked chicken.

just have a really short timer for like 1 tick on and then one tick off that activates the piston log enough for the lava to come out and back in, but if that happens too fast, just extend the timer by 1 tick every time using multiple repeters

17
How can I bring zombies down to one-punch kills in Minecraft?

4
Automatic item recognition
35
Minecraft, without the death?
9
Can you fish in Lava?
1
Fill and Replace command with prefilled dispenser?
1
How can I elevate blaze, without using lava?
2
How to kill chickens in a Chicken Generator?
3
How can I detect the presence of flowing lava?
4
can you fly If you get in contact with lava
2
Spawn filled with lava (2B2T)
4
How to power a dispenser without powering a hopper below?