I'd like to know what the mathematics are of the numbers seen in this screenshot. For example, how is "Overall Military Power" and "Military Near City-State" calculated? Are there upper limits? 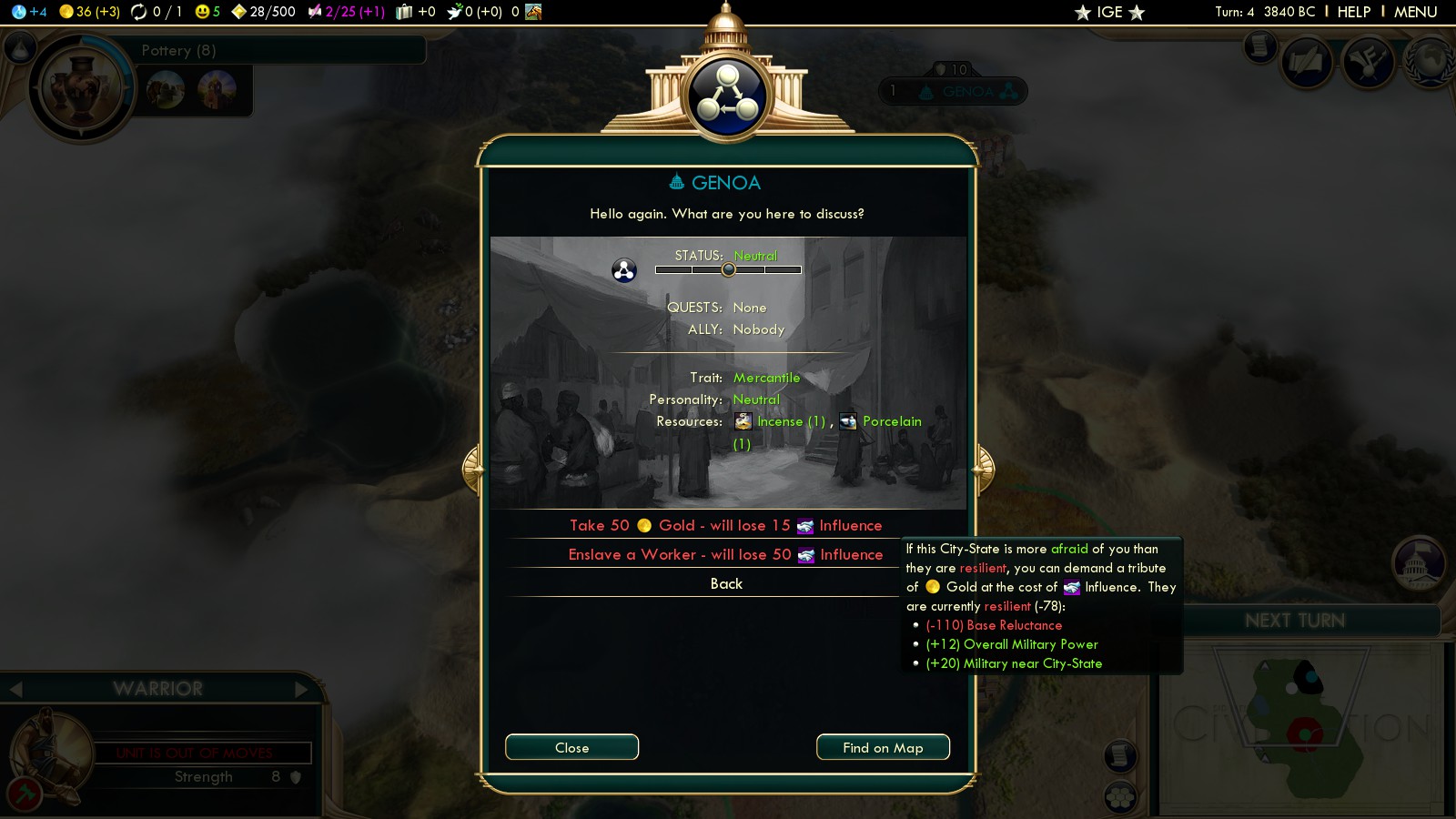 I looked up the factors, which can be found after downloading the SDK (Steam -> Tools -> Sid Meier's Civilization V SDK)

First off, the negatives:

Note that the three -300 penalties effectively means you cannot demand tribute. All of these values are hard-coded and cannot be modified without a DLL mod, with the exception of the non-war influence < -30, which is defined as FRIENDSHIP_THRESHOLD_CAN_BULLY found in

This post dates of last year, values are no longer the same. (Updating this topic since it is well ranked on Google to avoid misleading people with old data.)

From inspecting the code, here is what changed :

An interesting fact about how it is programmed :

12
What can cause a City State to enter “permanent war” with a main Civ?
23
What are the mechanics for bullying city states?
9
What do city-state personalities mean?
2
Civ 5: Recommended Military Units Per City?
2
What causes increases in city tile bonuses?
4
When Capturing City-States do bonuses remain?
6
Merchant of Venice can't buy a City State
10
What factors affect a unit's contribution to city defense?
2
Civ V and City State Allies
7
City State Empire?