What determines the actual rate of fire?

Many cannons list 2 rates (or a range of rate) of fire in the specs. For example take this tier 10 German cannon: 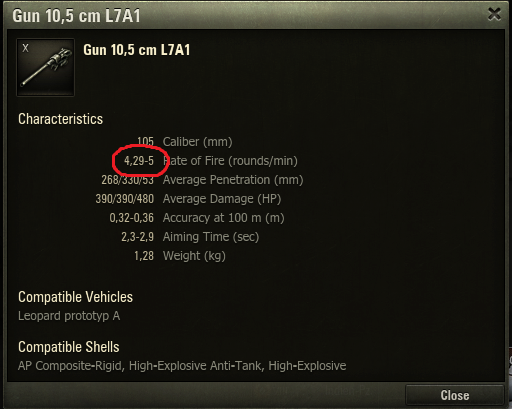 When installed on a tank the actual rate of fire is shown: 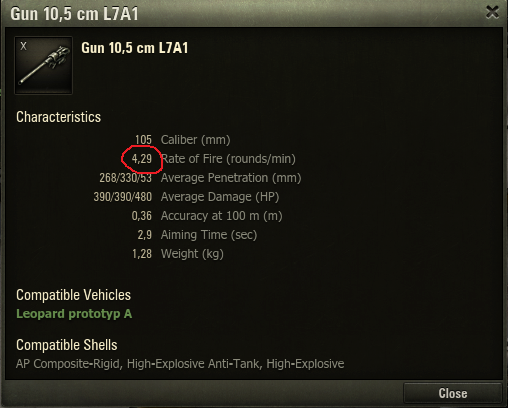 What determines the actual rate of fire?

Both the vehicle and the turret and affect the guns RoF. In your case, the gun is only used by one tank, then the turret affects it. Usually, the same gun is used by many tanks and usually gains Rof with higher tier tanks.

Not the answer you're looking for? Browse other questions tagged world-of-tanks or ask your own question.

24
What is the meaning of the three kinds of penetration?
5
Which metrics give a better measure than global win rate?
1
What does the map choice depends on?
12
How to spot effectively?
2
What are the benfits of a premium account?
1
When you fire do bushes become invisible for your allies?
4
How bad is AMX 13 F3 AM with weaker radio?
1
What is the use of “tank experience” once you've maxed the tank?
1
What are the differences between console and PC versions?
1
What happened to players with the Waffentrager E100 after the removal update?