Where can I get the Challenger (normal human tank) in Saints Row IV?

I want the normal tank, not the alien tank. I can see it multiple times during mayhems and other activities, but I cannot get in the tank when I'm doing an activity so I also cannot press N to materialize it. The givechallenger cheat does not work in SR4, how can I get this tank anyway?

I did this on the Xbox earlier today. Does not require cheats, mods, special inputs, or beating the main story.

Bam! You now have the Challenger.

NOTE: This may take a couple tries to get it right, but it does work, even if you completed the activity before attempting to get the tank. Took me three tries to get it, since the first time it got blown up by a friend, but we found a Bear APC and tested the trick with that -- it worked flawlessly -- and second time it spawned on the road behind the start-point, so after exiting the activity, it had already disappeared before I could reach it.

To get this vehicle in Saints Row IV, start a Co-op Cat and Mouse and store it once you have control. 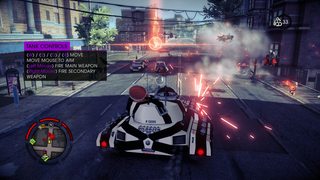 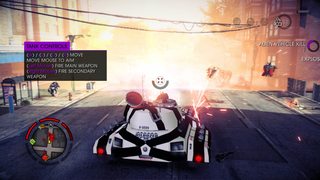 It could spawn enemies that come riding in a Challenger tank (along with other vehicles rarely spawned or not spawned at all [some are SR3 vehicles] by the vanilla game). The tanks can be saved to your virtual garage (default key: N) while driving one.

Screenshots of the Challenger tanks that came with a random encounter caused by this mod:
(click on thumbnails to enlarge) 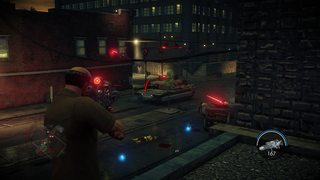 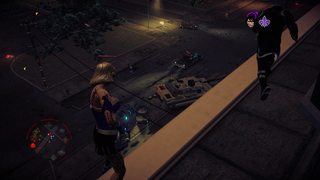 One of this mod's changes are notoriety spawns. At level 3 notoriety, soldiers riding Challenger tanks will begin attacking with this mod.

OP commented that he doesn't prefer modded cheats, but I'll add this for others willing to use modded cheats and for answer completion. This is probably the easiest way to get a Challenger tank in SR4. Description:

This mod adds 160 new cheats to the game, as well as changing all cheats to non-flagging... That means using them will no longer disable your autosave or achievements.

This mods adds a givechallenger cheat which will add a Challenger tank to your garage.

Not the answer you're looking for?Browse other questions tagged saints-row-iv or ask your own question.